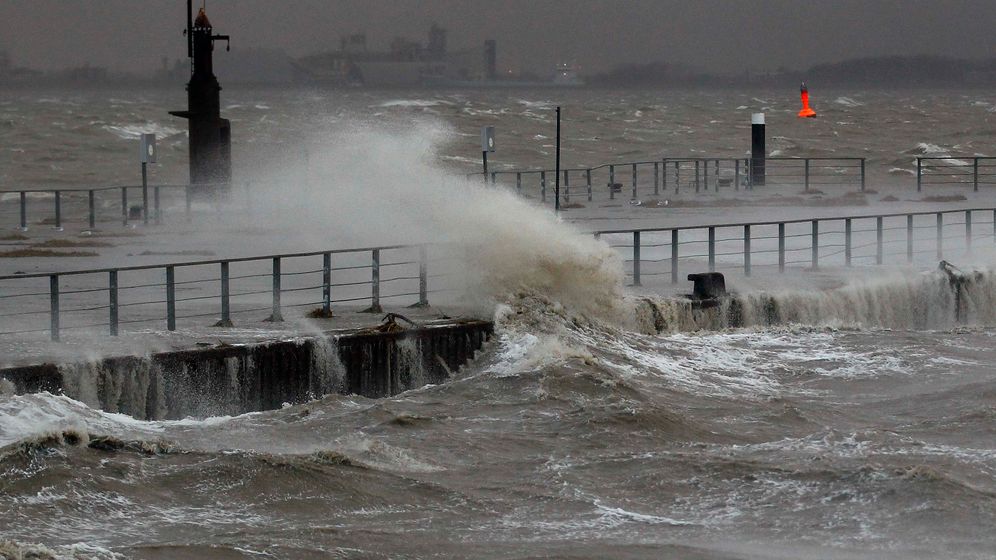 A major storm surge threatened parts of northern Europe on Friday as a low-pressure system dubbed "Xaver" began battering the coasts with chilly hurricane-force winds. The United Kingdom, Germany, the Netherlands and Scandinavia were most heavily affected by the severe storm, but cancelled flights and trains caused problems across Europe. By Thursday night, officials had reported at least three storm-related deaths in the UK and Denmark.

Thousands of residents living in the UK's eastern coastal areas were forced to spend the night in schools or emergency shelters amid warnings of flooding, which the UK's Environment Agency said could be the highest in some 60 years. Late on Thursday, authorities closed the Thames Barrier to protect London from rising waters.

The storm brought rain, hail and snow with the tidal surge, and the German port city of Hamburg has seen its worst flooding in decades, forcing authorities to close off parts of the city center on Thursday night. "We have a tidal surge the likes of which we have rarely seen in the last 10 or 20 years," said a city official on Friday. Water levels were reportedly some 6 meters (20 feet) above sea level early on Friday morning, a level last reached just twice in the early 1990s.

Strong gusts of wind of up to 155 kilometers (96 miles) per hour were reported across Germany, damaging roofs, uprooting trees and causing traffic problems. But authorities began issuing storm warnings well before the severe weather arrived, and only a handful of injuries were reported. School was cancelled for children in parts of northern Germany on Friday, as were a number of Christmas markets, despite it being Nikolaustag, a day when Saint Nicholas is honored and children receive gifts.

Elsewhere in Europe, the storm also cut off electricity to more than 100,000 households and uprooted trees across parts of Poland overnight. Media there reported four injuries caused by the storm.

In the Netherlands, officials reported that the North Sea had risen by 3.99 meters (13 feet) in the southwestern province of Zeeland, the highest level since a flood in 1953. Some 100 inspectors patrolled dikes across the country overnight to make sure they held.

Though storm danger has so far remained manageable, authorities have not yet given the all-clear. "Xaver is currently over the Baltic and will slowly move east and begin to weaken," the German Weather Service said on its website Friday morning. "But it will still remain quite stormy." Powerful snowstorms driven by cold arctic air are set to follow, it said.