The International Monetary Fund (IMF) doubts that current measures to rescue cash-strapped Greece will be successful and is now privately pushing the country to swiftly restructure its debts, SPIEGEL has learned. High-level representatives from the IMF pushed for a restructuring during recent discussions with delegates from European governments, according to information obtained by the magazine.

The demands represent a change of course for the IMF, which had previously opposed the idea of debt restructuring for Greece. The organization clearly no longer believes that the current measures will be enough to sort out the debt-stricken country's finances.

IMF representatives told the European delegates that it was necessary to reduce Athens' debt burden, which is currently equivalent to around 150 percent of gross domestic product (GDP). Among the options that the IMF suggested are that holders of Greek debt could take a so-called haircut, maturities could be extended or interest rates on Greek sovereign debt could be reduced. All three alternatives would involve owners of Greek sovereign bonds giving up a portion of their returns.

Under the IMF plan, the Greek government is supposed to begin discussions with its creditors within the near future and inform them about the proposed debt restructuring. The IMF is currently reluctant to make its position public, however, out of fears that it could increase pressure on Portugal, which is already facing huge fiscal and political problems. Yields on Portuguese debt have soared in recent weeks as a result of concerns that Lisbon could be next in line for a European Union bailout after Greece and Ireland.

On Saturday, the IMF denied the SPIEGEL report. "As we have said consistently, the IMF supports the Greek government's position of no debt restructuring and its determination to fully service its debt obligations," an IMF spokeswoman told the news agency Reuters. "Any reports claiming otherwise are wrong."

The Greek government and the European Commission also played down the news story. "There is absolutely no chance of a restructuring of the Greek debt," Greek Finance Minister George Papaconstantinou told Reuters on the sidelines of a conference in Italy on Saturday. European Commission spokesman Jens Mester also told the news agency that "all support measures are in place, and there is no reason now to start thinking of this possibility of restructuring Greece's debt."

Many market observers now feel that a Greek debt restructuring is just a matter of time, however. "As soon as the other countries are out of danger, the Greek government debt will have to be restructured," former European Central Bank chief economist Otmar Issing told SPIEGEL in a recent interview. "This can be done by cutting that debt or by extending the terms of the loans, but there is no getting around a debt restructuring, no matter how you calculate it." 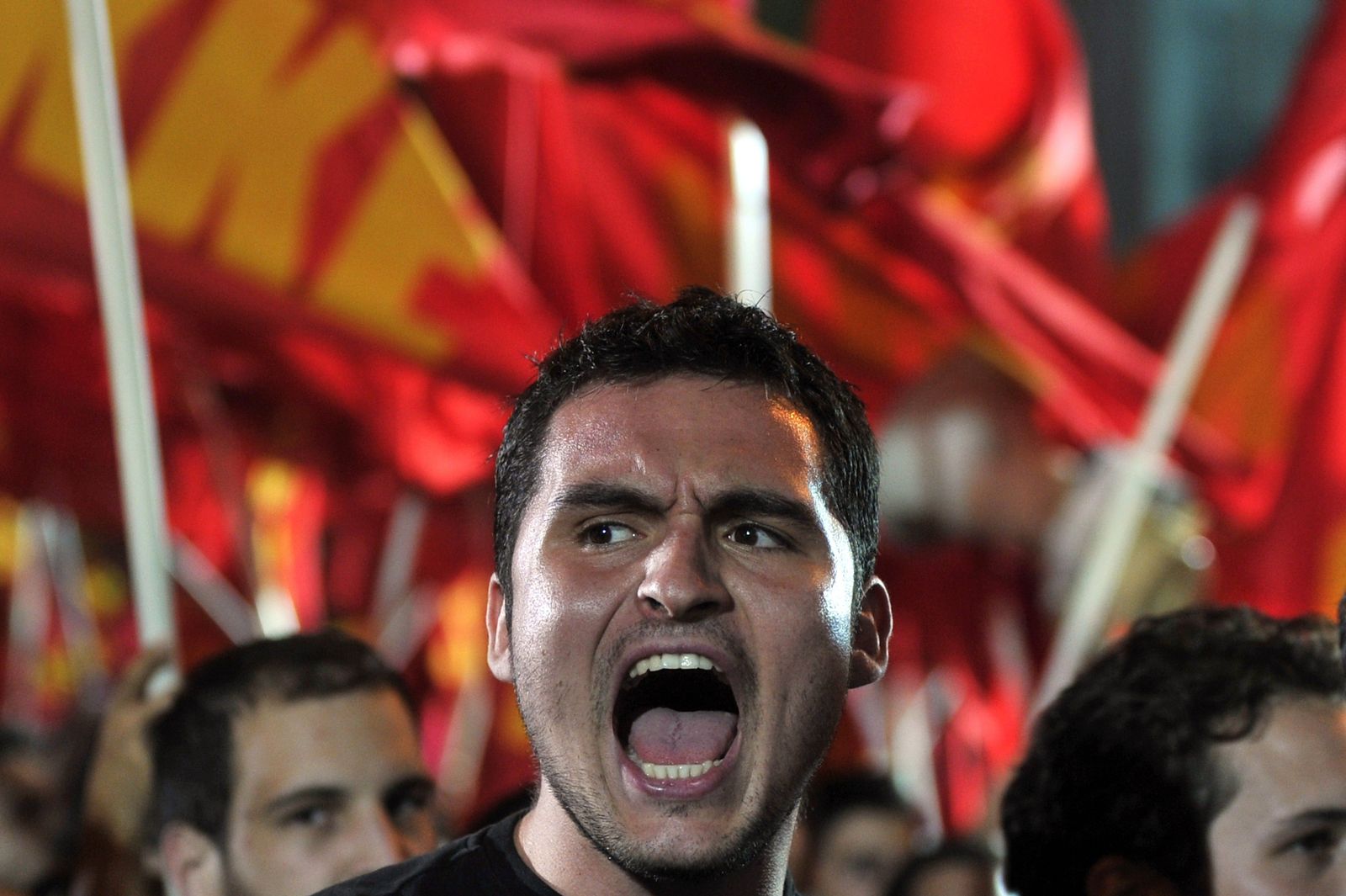 An anti-IMF protest in Athens in November 2010. The fund no longer believes Greece can be saved with existing measures.