SPIEGEL: The European Union and the International Monetary Fund are planning a new bailout package for Greece involving the voluntary participation of banks. What's your take on this?

Homburg: Banks cannot participate voluntarily. An executive board is committed to its company's welfare, and not the public interest. If it waives outstanding debts at the expense of its own company, this is a breach of trust and punishable by law.

SPIEGEL: Banks can only do business if the financial markets function properly. If the banks help make this happen, it certainly can't be a punishable offense.

Homburg: A bank can waive a portion of a debt with the aim of saving the remainder. This occurs in all bankruptcy proceedings. But things are different here, precisely because of the bailout package: If the bank refuses to make its own contribution, taxpayers alone will pick up the tab. This is exactly what a board of directors has to strive to achieve to avoid being accused of criminal breach of trust.

SPIEGEL: So the voluntary participation of private creditors, which German Chancellor Angela Merkel and French President Nicolas Sarkozy have agreed on, will achieve little or nothing?

Homburg: It was all just a big show which was mainly intended to calm the German public. Merkel wanted mandatory participation, Sarkozy wanted none at all. In effect, Sarkozy has prevailed.

Homburg: That proposal also fell short of the mark. In a market economy, even in the case of a plumber whose customers don't pay their bills, it's never a question of getting creditors "involved" (in helping to deal with a bankruptcy). Instead, when push comes to shove, it is creditors, and creditors alone, who have to write off their loans. Only then do they have an incentive to carefully choose who they lend money to. A market economy with no personal liability cannot function. The government bailout initiatives create misdirected incentives that continuously exacerbate the problems on the financial markets.

SPIEGEL: But the plumber is not, as they say, too big to fail -- his or her bankruptcy wouldn't cause entire banks to collapse. The European Central Bank has warned of a massive new financial crisis if it comes to the compulsory involvement of private creditors or even a restructuring of Greece's debt.

Homburg: The alleged risk of contagion is a myth that doesn't stand up to closer scrutiny. If you share my conviction that all this talk of Greece being too big to fail is simply nonsense, then there is no reason for bailouts …

SPIEGEL: … yes, but only if you're right.

Homburg: No, it also holds true in the reverse situation. If the bankruptcy of little Greece were actually to trigger a global financial crisis, new bailout programs couldn't solve the problem: They would actually exacerbate it. If no more states or banks are allowed to go bankrupt because this might precipitate a financial crisis, then we're finished. Then the problem continuously escalates and leads to a much greater crisis.

SPIEGEL: Europe wants to use the bailouts to buy time. The idea is that during this period the banks can recover and countries like Portugal, Ireland and Spain can get back on an even keel, so the risk of contagion is not so great when the inevitable restructuring takes place in the distant future. That is the strategy.

Homburg: I wouldn't call it a strategy. First, states bailed out their banks, now states themselves are being bailed out. But there is no next level to fall back on beyond this bailout. The bailout packages have merely exacerbated the crisis. Last year, if we had adhered to the Lisbon Treaty, which prohibits assistance payments, Greece would have restructured its debt, just as Uruguay, Argentina, Russia and other countries have done over the past 15 years ...

SPIEGEL: … but none of these countries were members of a monetary union.

Homburg: There is no economic argument that supports the idea that national defaults are worse when they occur in a monetary union. Of greater importance is the size of the country in question, and in this respect there is a clear difference between Greece and Russia.

SPIEGEL: In a monetary union, isn't there a much greater danger that the crisis will spread from one weak member country to another?

Homburg: No. The contagion spreads in precisely the opposite direction, because many banks and hedge funds benefit from the following business model. Step one: They sell the bonds of the country concerned. Step two: They spread negative rumors about the country. Step three: After bond prices have fallen, they buy them back cheaply. And, finally, they take governments for a ride with this nonsense that a default would have devastating consequences. In a zero-sum game, there are not only losers, like us taxpayers, but also winners.

SPIEGEL: And what is the risk of contagion now?

Homburg: After the Greek bonds have been paid back at full value, the gamblers will turn to the next candidate, such as Portugal. If creditors suffered losses in Greece, however, they would renounce this business model. In this sense, the rescue measures are exacerbating the problem.

SPIEGEL: If there were such a business model, a lot of people would be buying Greek government bonds now.

Homburg: In recent days, I myself have invested a considerable sum in Greek bonds. They will mature in one year's time and, if all goes well, produce a 25 percent return on investment. I sleep very soundly at night because I believe in the boundless stupidity of the German government. They will pay up.

SPIEGEL: You are not troubled by moral scruples?

Homburg: Since I involuntarily help finance the rescue packages through my taxes, I have no problem with also receiving a portion of the profits. Why should it only be banks and hedge funds that benefit?

SPIEGEL: You are apparently very confident that Greece will also be bailed out if it fails to implement, or insufficiently implements, the austerity measures that are being demanded.

Homburg: Absolutely. Greece is neither economically nor politically capable of sorting out its finances. It will never be in a position to repay the money that it has borrowed up to now. The German government will pay up all the same.

SPIEGEL: And what will happen next?

Homburg: Many politicians have also come to the realization that the path that we are on ultimately leads to national defaults and currency reforms. This process is already irreversible, but nobody wants to say it out loud and go down in history as the one who triggered the explosion. So we leave the bankruptcy to subsequent German governments and, in the meantime, throw good money after bad. Sooner or later, this much is certain, the system will be blown apart by political and economic factors. And, unfortunately, there is a great danger that, when this happens, it is not only the euro that will fall apart, but also the entire EU. 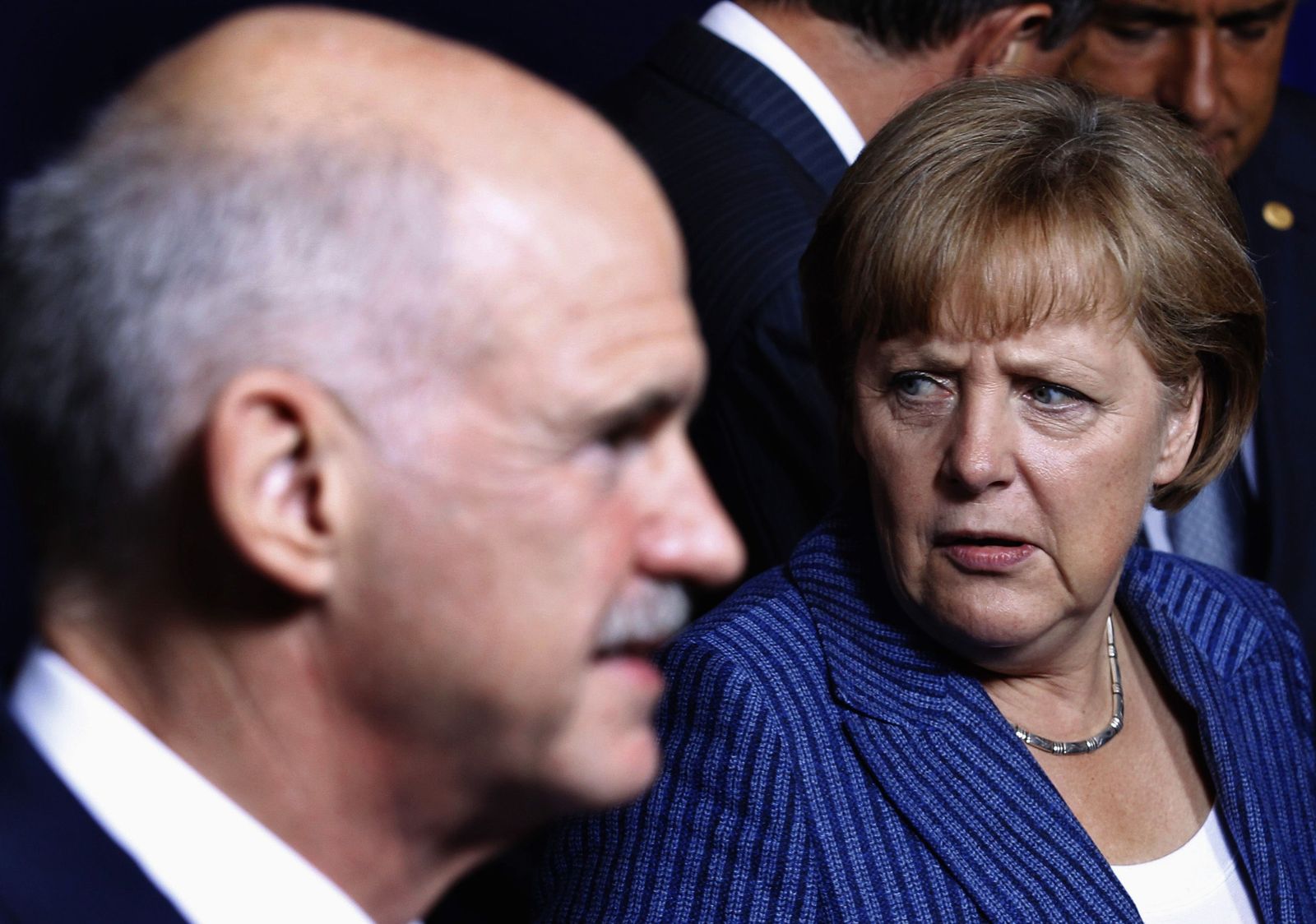