The European Commission and top German politicians are becoming increasingly exasperated with both France and Britain as the summit in Brussels to determine the EU budget for the seven-year period from 2014 to 2020 approaches.

Both countries have been insistent on getting their way as member states position themselves for what promise to be difficult talks -- and both London and Paris have threatened to veto the budget if it doesn't meet their expectations. In response, European Energy Commissioner Günther Oettinger, Germany's representative on the EU's executive body, has harshly criticized the two countries.

In a speech before the German association representing magazine publishers in the country, Oettinger warned against "cheap populism" when reporting on Greece, before saying "my problem children are France and Great Britain." By way of explanation, he said that with its anti-EU course, London has "taken leave of its senses." He added that tabloids such as The Sun appear to be trying to force Britain out of the EU. Turning to France, he said the country had too little industry and innovation.

Oettinger's comments were echoed on Friday by a close confidant of Chancellor Angela Merkel in an interview with SPIEGEL ONLINE. Volker Kauder, head of Merkel's conservatives in parliament, said that "Europe will not make progress without a functioning Franco-German axis."

Kauder was critical of France's socialist leadership, saying that "we can only hope that President François Hollande moves a bit closer to the chancellor" when it comes to combating the euro crisis. He added: "It would be good if the socialists there undertook real and courageous structural reforms. That would be good for the country and good for Europe."

If anything, Kauder was even firmer when it came to London. "I want Europe to stay together," he said. "Great Britain can't constantly claim special treatment; they too have to be prepared to compromise."

The two politicians are just the latest to express frustration with the brinksmanship that has so far defined preliminary talks on the EU budget. British parliament recently passed a non-binding resolution demanding substantial cuts to the €1 trillion budget recently proposed by the European Commission. The vote included several lawmakers from David Cameron's own party breaking ranks to force the British prime minister into an uncompromising position at the upcoming summit, scheduled for Nov. 22.

Cameron had told parliamentarians that he would, at worst, seek a budgetary freeze. "I am quite prepared to use the veto if we do not get a deal that is good for Britain," he said. Yet a freeze, albeit adjusted for inflation, is essentially what the Commission has proposed. British parliament, however, would like cuts of up to 20 percent. Last week, European Commissioner for Financial Programming and Budget Janusz Lewandowski said, in reference to London, "either they see their future in the European Union in the long term or they don't."

France, for its part, has threatened to veto the budget if it doesn't include a continuation of generous agricultural subsidies. Last week, Merkel -- who would also like to see the budget reduced, though not to the degree proposed by Britain -- urged leaders to avoid inflammatory rhetoric. "I don't want to throw more vetoes into the room," she said. "It doesn't help bring about a solution."

Still, for all the recent pleas for compromise coming from Berlin and Brussels, there have been no signs that Cameron is preparing to back down. At a dinner in London with Merkel on Wednesday night, the two made little progress in reconciling their positions. Next week, the British prime minister plans to fly to Rome for a meeting with Italian Prime Minister Mario Monti on the upcoming budget showdown.

And if Cameron does ultimately refuse to budge, it seems certain that he will have the support of most Britons. According to a new survey published by the public opinion research group YouGov on Friday, some 49 percent of British citizens would vote in favor of their country withdrawing from the EU if a referendum were held. Only 28 percent would vote to stay. In Germany, the numbers are flipped, with 57 percent in favor of staying and just 25 percent backing withdrawal.

With reporting by Philipp Wittrock and Roland Nelles 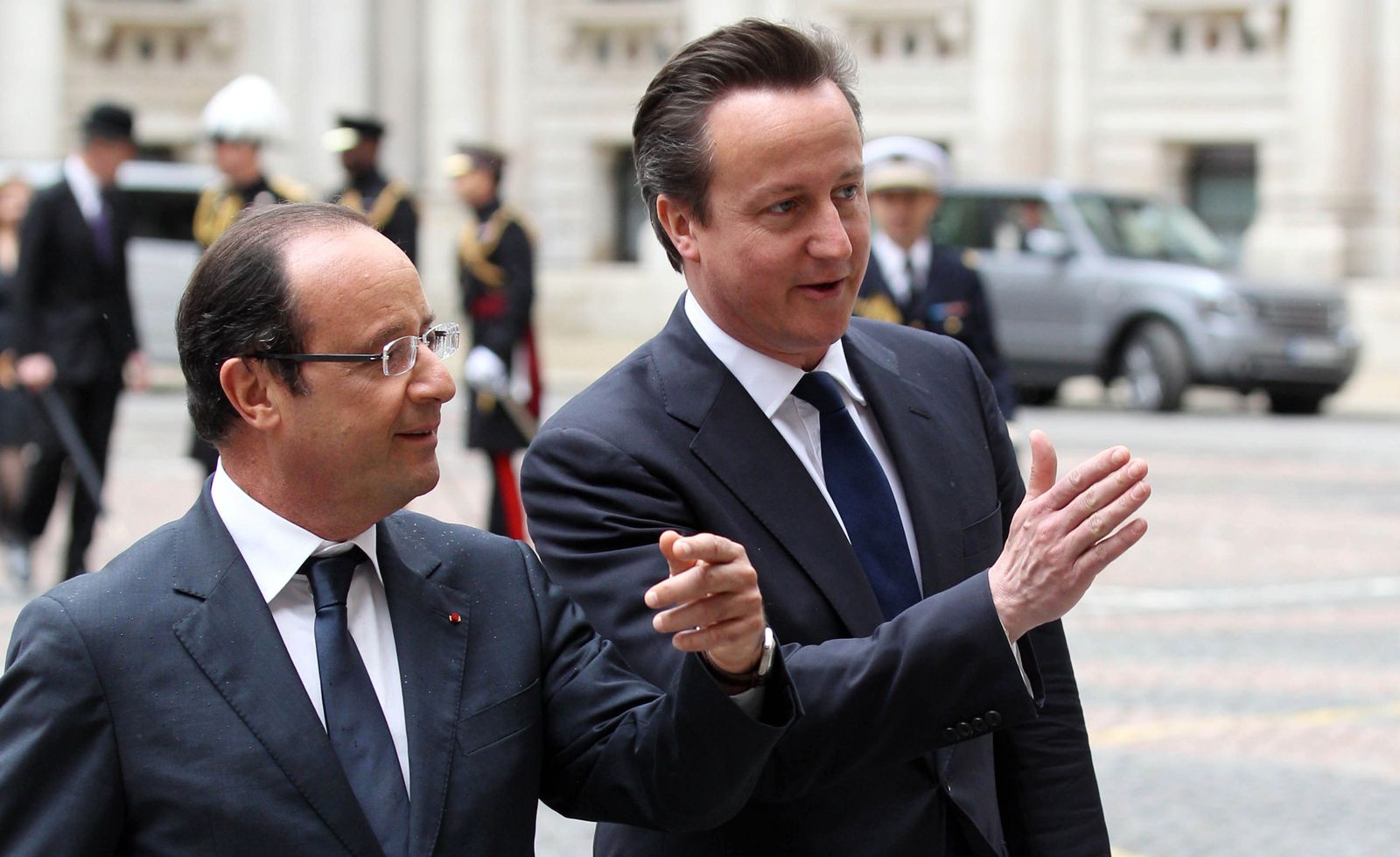