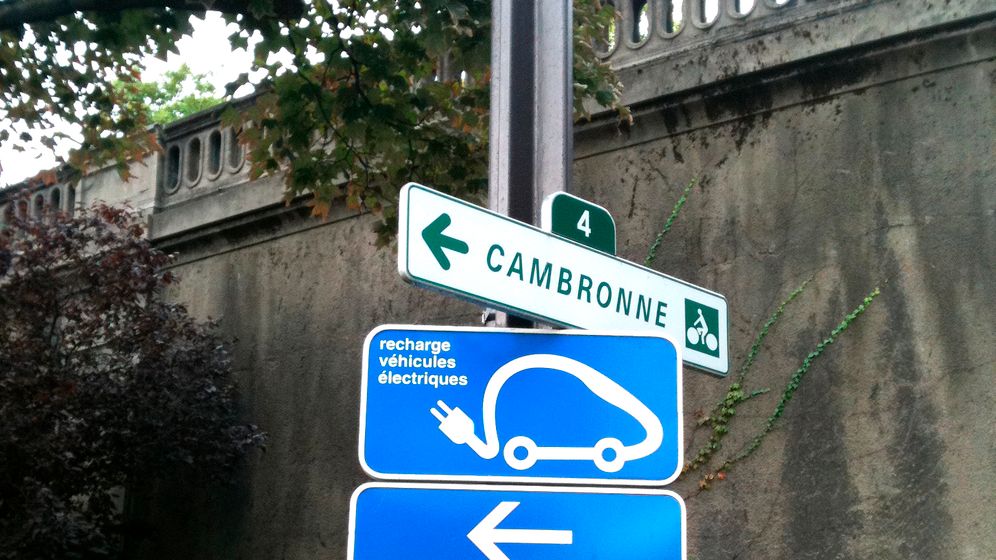 Many see Paris as the ideal city for a car show. The Paris Motor Show, which began Saturday, is a spectacle not dissimilar to the famous prêt-à-porter shows on the Seine. That's on the one hand.

On the other hand, Paris is a strange place for an event devoted to the car. In almost no other European city can the visitor experience the shortcomings of the personal motor car as vividly as here.

Driving in and around Paris is a nightmare. There are never any parking spaces available anyway, and on the Peripherique inner ring road it's possible to wait for over an hour in traffic without having moved a hundred yards forward. Automotive journalists, press officers and board members will once again be waiting for hours on end this week, sitting irritated in their shuttle limousines in a continuous traffic jam, on the way to the next car presentation.

Some people might consider that situation amusing. But one person who doesn't find the congestion funny is Paris' mayor, Bertrand Delanoë. The outspoken fan of electric cars is currently toying with the idea of a public car-sharing scheme with battery-powered cars.

Autolib is the proposed name, after the Parisian bike-sharing project that began three years ago, Vélib. A total of 3,000 electric cars will be made available, distributed among over 700 stations in the city. Autolib is due to enter a test phase in June 2011, and Delanoë wants the scheme to be fully operational from September. Paris isn't doing things by halves, says a spokesman for the city: "We want to make it a big success."

An Autolib subscription will cost €15 ($20) a month, plus an additional €5 ($7) for every half hour that a car is used. The prices sound affordable, but the killer argument for users could prove to be the guaranteed parking. Autolib customers will never have to drive around the block again -- a parking space will already be reserved for them at the depot nearest to their destination.

Three consortia are currently competing for the contract to operate Autolib on behalf of the city: the Bolloré and Véolia groups, as well as a group that includes the French state rail company SNCF and the car rental company Avis.

The State Will Foot the Bill

Would something like that be doable in Germany? Probably not. First of all, there isn't a German city whose traffic problems are comparable to those of Paris, so the situation is not quite so urgent. Secondly, the country, as is its wont, would probably insist on a private-sector solution, while in France it is more usual to draw upon massive state funds. Each charging station alone will be subsidized with up to €50,000.

A business model doomed to lose money? It depends how you do the sums. A car-sharing vehicle replaces, as a rule of thumb, 15 cars. So the Autolib fleet represents the equivalent of 45,000 private cars. The upkeep of a vehicle in Paris costs €7,000 a year, says Deputy Mayor Annick Lepetit. That means Autolib could save Parisians up to €315 million a year. In addition, there would be less road damage, less pollution and fewer traffic accidents, as in the medium term tens of thousands of cars would disappear from the streets.

Those responsible for the scheme are still concerned about the issue of vandalism. Of the 20,000 Vélib bicycles, nearly half have been destroyed. The project will turn out to be an expensive experiment for the city and the operators if the far more valuable electric cars end up in the Seine or dying somewhere along the roadside due to lack of range. That's why, according to sources in the Paris administration, the companies bidding for the project have been asked to develop appropriate technical security measures.

One thing is certain: When Autolib starts up next summer, delegates from cities all over the world will be flocking to Paris to get a look at Delanoë's prestigious project. Almost any mayor would surely love the idea of ridding their cities of tens of thousands of stinking old cars.

Such large-scale car-sharing programs could ultimately become a problem for the car industry, however. Sales will surely suffer if many cities decide to follow the Parisian example.

If the Autolib scheme works out, the car industry executives visiting the Paris motor show in 2012 will be able to drive a rented electric car to their evening party. Will they prefer that to sitting in a traffic jam in a Mercedes? Let's be honest: Probably not.