Romania still has many years of fiscal homework to do before it will be able to join Europe's common currency zone. Indeed, it hasn't yet even been included in the European Exchange Rate Mechanism, a step preparatory to introducing the euro.

But with the euro struggling under the ongoing debt crisis -- and investors likewise wary of the US dollar -- the country may have found something even better: gold. The price of gold has hit an all-time high of $1,900 an ounce, and Romania possesses the largest reserves of gold and silver in all of Europe.

"It is in Romania's interest that the mining of the gold begins as rapidly as possible," said Romanian President Traian Basescu last week. On Monday, he added that "any country that has resources must use them."

But there is a hitch. In order to get to the gold, the village of Rosia Montana, located in the foothills of the Carpathian Mountains in Transylvania, would likely have to be completely destroyed. Furthermore, some 200 tons of waste rock would have to be dumped in a nearby valley and some 250 million tons of waste, laced with the cyanide used to extract gold from rock, would be stored behind a huge dam. Many are concerned about potential dangers to the environment.

Furthermore, Rosia Montana is one of the oldest mining sites in the world, with a history stretching back some 2,000 years. Romania has even considered submitting the village for inclusion on the list of UNESCO World Heritage sites. Already, research has revealed a trove of knowledge about the site's significance to the Roman Empire. Partially as a result of this long history, a majority of Romanians are opposed to the project, which has thus far been blocked by all manner of citizens' initiatives.

With gold prices heading steadily upward, however, their efforts may ultimately come to naught. The Rosia Montana Gold Corp., 80 percent of which is Canadian owned, has said it hopes to extract up to 10.6 million ounces of gold out of four open pit mines it wants to dig in the area. At today's prices, that would be the equivalent of some €18 billion ($26 billion). Up to 1,600 tons of silver are also thought to be contained at the site.

Furthermore, there are plenty in the area who want to see the mine go ahead. Like many rural regions in Romania, jobs in Rosia Montana are few. On Monday, a group of miners gathered at the town hall for a demonstration, Interfax news agency reported. "We want to mine! We want to work!" they shouted. 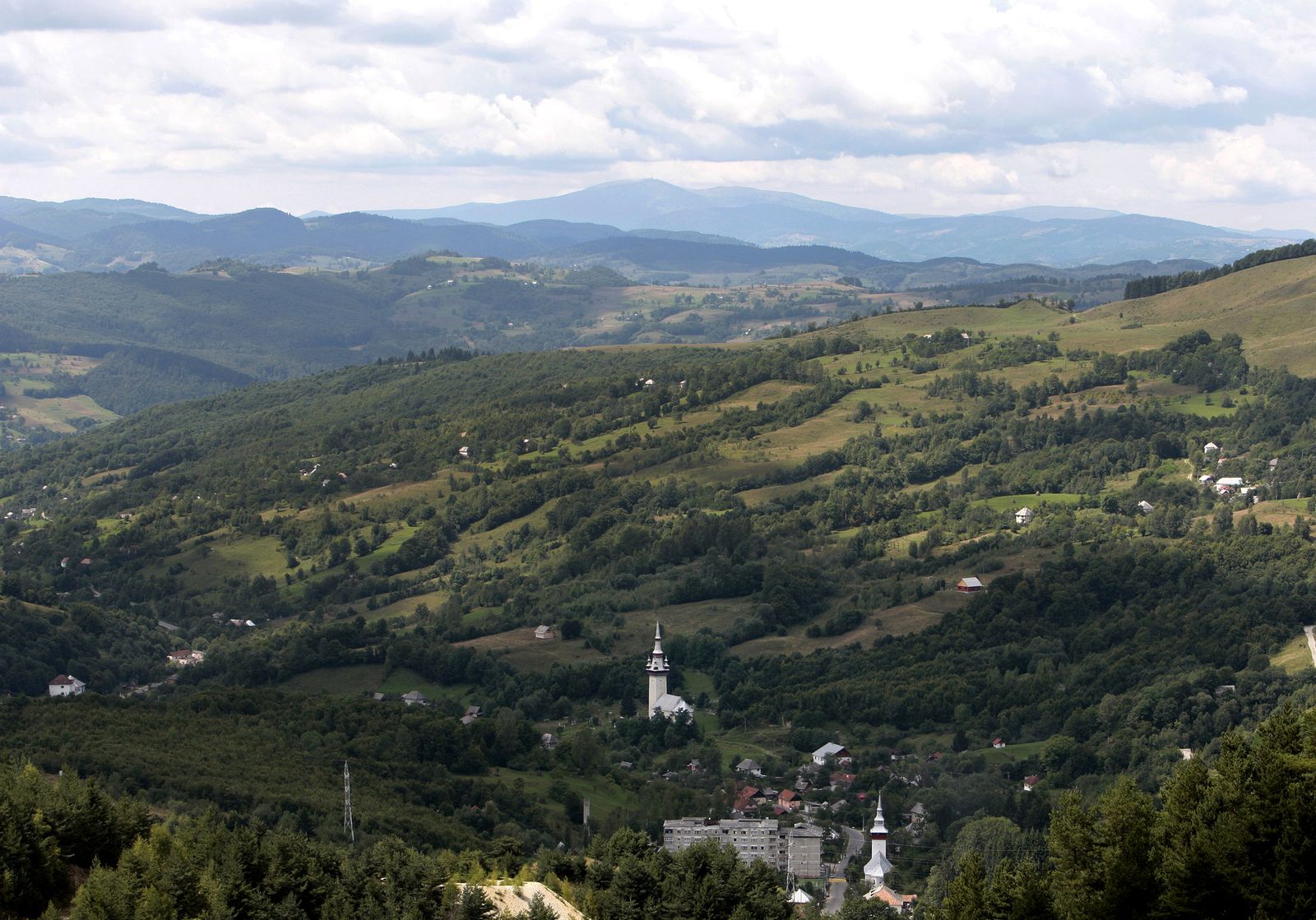 Rosia Montana in the Transylvanian region of Romania. The site could soon be marred by gigantic open-pit gold mines.