Economists across the Continent have been warning about it for months. Now, the European Union too has said that a recession in the euro zone has become a distinct possibility. "Growth has stalled in Europe and there is a risk of new recession," said European Commissioner for Economic and Monetary Affairs Olli Rehn on Thursday in Brussels. He also said that unemployment in the 17-member currency union will remain stuck at 9.5 percent.

But with Italy facing massive market pressure to accelerate the passage of critical structural reforms -- and to put an end to the era of Prime Minister Silvio Berlusconi -- the euro zone continues to focus more on its survival than on economic growth. And this week, that focus has led to yet another round of debate as to what the future of the European Union might look like.

Citing EU sources, Reuters reported on Wednesday that German and French officials had met to discuss a splitting up of the euro zone. While the news agency offered few details on the alleged meeting, Berlin was concerned enough to issue a swift denial. "The German government is most definitely not pursuing such plans," said Chancellor Angela Merkel's spokesman, Steffen Seibert, on Thursday. "On the contrary, our policies are aimed at stabilizing the euro zone in its entirety and attacking the root of its problems."

In a Wednesday evening speech in Berlin, European Commission President Jose Manuel Barroso likewise felt compelled to strongly condemn any moves aimed at splitting the common currency zone. "There cannot be peace and prosperity in the north or in the west of Europe if there is no peace and prosperity in the south or in the east," he said. He added that, were the euro zone to shed members, the German economy could shrink by as much as 3 percent. "What is more," he said, "it would jeopardize the future prosperity of the next generation."

Even if discussing the dissolution of the euro zone remains taboo, it is increasingly clear that both Merkel and French President Nicolas Sarkozy are thinking hard about what the current crisis means for the future of the EU. On Tuesday, Sarkozy held a speech at the University of Strasbourg where he pushed hard for a two-speed Europe, one made up of a 17-member, euro-zone core surrounded by a looser grouping of the 10 non-euro members.

"Must one have the same rules for the 27? No. Absolutely not," Sarkozy said. "In the end, clearly, there will be two European gears: one gear toward more integration in the euro zone and a gear that is more confederal in the European Union."

On Thursday, Sarkozy received support for his vision from an unexpected source: former German Foreign Minister Joschka Fischer. In an interview with the influential weekly newspaper Die Zeit, Fischer said: "Let's forget about the EU 27! It's too bad, but I just don't see how these 27 countries can together achieve any kind of meaningful reform. Thus, an avant garde will have to be assembled. This vanguard is defined by virtue of a collective interest in the preservation of the euro."

Merkel, for her part, envisions a rapid changing of European Union treaties in order to accelerate integration. "It is time for a breakthrough to a new Europe," Merkel said at a conference in Berlin on Tuesday. "A community that says, regardless of what happens to the rest of the world, we can never again change the ground rules -- that community simply cannot survive."

Concerns about the ultimate survival of the European Union as currently constituted and, particularly, the euro zone, have been heightened this week by the dismal situation in Italy, with interest rates on the country's sovereign bonds well above the 7 percent threshold that analysts say makes long-term borrowing unsustainable. After hitting 7.4 percent on Wednesday, a level comparable to that reached by Portuguese and Irish bonds before those countries sought refuge in the euro backstop fund, the European Financial Stability Facility (EFSF), the rate spiked again on Thursday before receding to 7.1 percent.

Cause for particular worry is that the size of Italy's economy, the euro zone's third largest, makes it too large to bail out. A euro-zone official told Reuters on Thursday that "financial assistance is not in the cards" and said that granting an emergency credit line to Italy, enabling it to avoid the punitive interest rates currently being demanded on the open market, was not under consideration.

Yet even as euro-zone leaders are searching for a future EU model that could make the bloc more resistant to economic turbulence, most agree on the immediate need for a significant political change in Italy. Prime Minister Silvio Berlusconi announced on Tuesday evening his willingness to step down, but confusion over when that might happen drove global stock markets down on Wednesday.

Even International Monetary Fund chief Christine Lagarde has called for rapid change. Speaking at a press conference in China on Thursday, Lagarde said "confusion is particularly conducive to volatility. So from my perspective, political clarity is conducive to more stability." A day earlier, Lagarde had warned of a Japan-style "lost decade" for Europe.

'It Is Going to Be Hard'

Italian President Giorgio Napolitano moved on Wednesday to provide the kind of political clarity that both Lagarde and the markets are demanding. He said that reform measures would be pushed through parliament within a matter of days. "Within a short time," he said, "either a new government will be formed ... or parliament will be dissolved to immediately begin an electoral campaign."

Berlusconi also seemed to back away from his earlier demands for new elections, according to a Reuters report. Such a move would pave the way for rapidly creating a new government and forgoing weeks or even months of uncertainty.

Still, observers remain wary as to whether the departure of Berlusconi, who had seemed reluctant -- or unable -- to pursue needed economic reform in recent years, will mark a turnaround for the country.

"I hope that ... whoever will come will start the structural reforms that Italy needs so desperately," Silvia Francescon, head of the Rome office of the European Council on Foreign Relations, wrote SPIEGEL ONLINE in an email. "And I hope that Italians will not fall into the trap of believing that the end of Berlusconi means the end of all problems. We need someone capable of telling people that it is going to be hard." 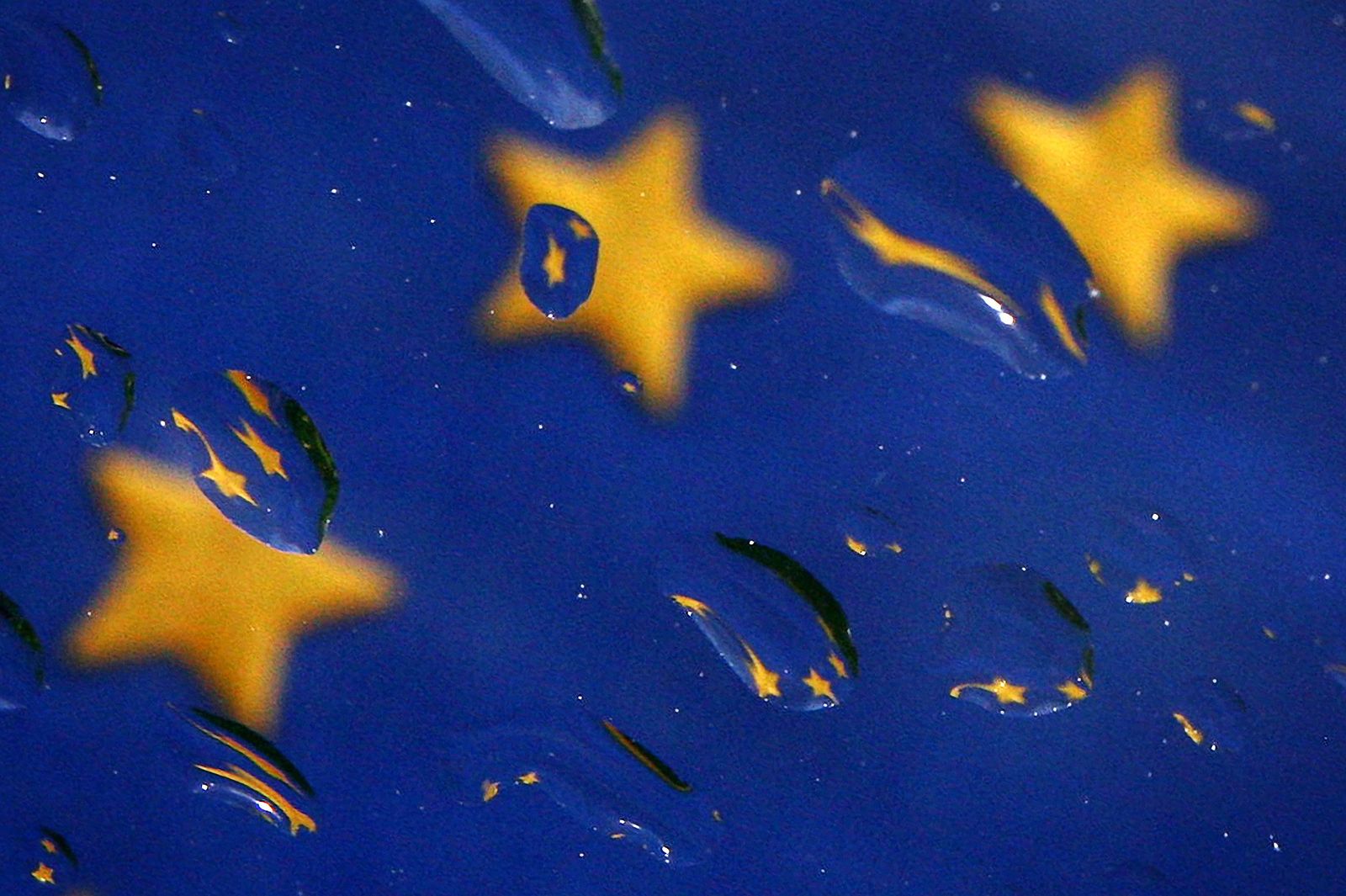 Many are voicing doubts that the European Union will survive as currently constituted.