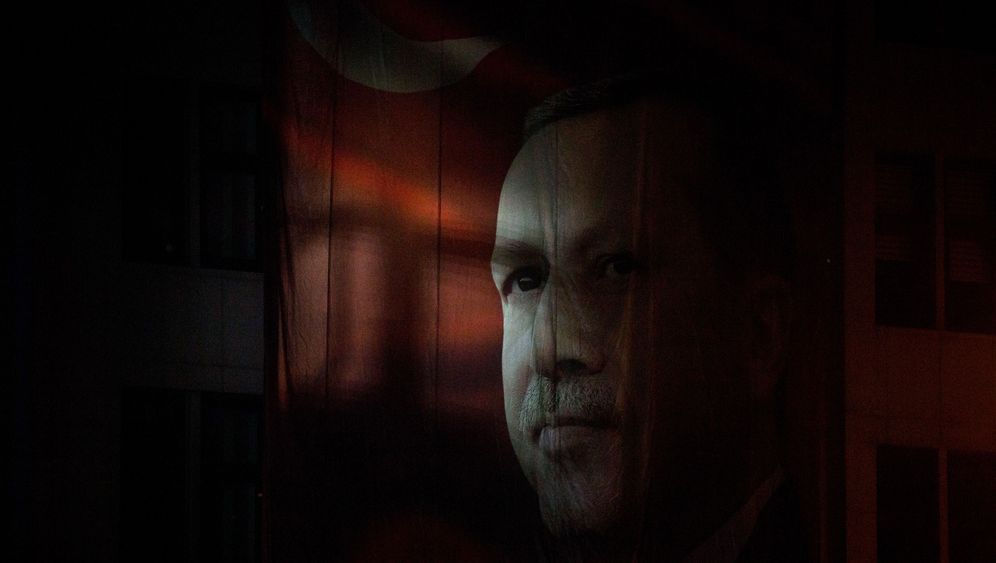 The Turkish Embassy in Tokyo took the easier route: In a secret report, it listed 15 schools believed to be associated with Muslim preacher Fethullah Gülen. The list included the schools' names, Japanese addresses, names of the school heads, email addresses, telephone numbers and the dates of their establishment. The list filled four pages. It provided no further comments, analysis or criticism.

The Tokyo staff was unusually perfunctory with its sparse list, at least compared to Turkish representatives in other parts of the world, which monitor fellow Turkish citizens by the hundreds, listing in secret documents rumors and family ties to alleged terrorist sympathizers.

The result is a more than 100-page compendium of suspected enemies of the state around the world -- an imposing document that provides evidence of global espionage activities against suspected members of the Gülen movement. Turkish President Recep Tayyip Erdogan has blamed Gülen for last year's failed coup attempt and his alleged followers have been the subject of widespread persecution in Turkey.

The diplomatic cables contain information collected by Turkish diplomatic outposts in 35 countries. Turkish embassies in Nigeria, Australia, Kenya and Saudi Arabia have all reported on the schools in those countries they believe to be affiliated with the Gülen movement. They document the organizations in which Gülen supporters are active and the media they write for. They also outline the relationships of the alleged supporters to each country's government. SPIEGEL reviewed the documents together with its partners within the consortium European Investigative Collaborations (EIC).

The request to compile the files came directly from Ankara. On Sept. 20, 2016, the Turkish government's religious agency, Diyanet, sent out an order asking that "detailed reports about 'Fetö's' organizational structures, activities and educational institutions" be sent back home.

Fetö is the Turkish abbreviation for Gülenist Terror Organization, the label Turkey's government applied to the group following the July 15 putsch attempt. For years, Erdogan has accused the movement of infiltrating the state and assuming important posts in the judiciary, police, military and the school system and erecting parallel structures that would allow it to ultimately topple Erdogan.

In the months that have passed since the coup attempt, over 130,000 government employees -- including judges, prosecutors, police officers, soldiers and teachers -- have been fired or suspended from their jobs because of alleged ties to the organization. It has not, however, been conclusively proven that Gülen was, in fact, behind the botched putsch.

Behind the movement is an opaque network that is active internationally and was established by Gülen, who has been living in exile in the United States since 1999. The 75-year-old was once considered a close confidant to Erdogan, but he ultimately amassed too much power and became the subject of persecution himself.

In his desire to convince the world that Gülen is a criminal, Erdogan has been demanding that the U.S. extradite Gülen for months. That also likely explains why the Turkish government is currently collecting information from all over the world. It needs incriminating evidence in order to substantiate the allegations against Gülen.

Earlier this week, German public broadcasters NDR and WDR, together with the Süddeutsche Zeitung newspaper, reported that Turkey's MIT intelligence service provided Germany's foreign intelligence agency, the BND, with a file on suspected Gülen supporters in Germany that included detailed lists of names, mobile and landline numbers and secretly taken photos of the people in question. The move is a clear indication that Turkey considers its espionage activities to be legal.

Most of the embassies also seemed more than willing to comply with the order from Ankara. Diplomats in Nouakchott in Mauretania, for example, reported that Fetö there is largely active in the education sector, in trade and in the media branch. "For years, Fetö schools have been presented as Turkish schools and have taken advantage of the country's love of Turkey."

In Dar Es Salaam, Tanzania, diplomats reported that a school believed to be affiliated with Gülen has been demanding "between $6,500 and $15,000" in tuition fees per year. Among the school's pupils, the report claims, are children of the president, government ministers, ministry officials and foreign diplomats. Turkish diplomats also reported that the Gülen movement deliberately seeks access to the rich and powerful. The Turkish ambassador, according to the report, has repeatedly demanded that action be taken against the infiltration of the educational institution, but that the Tasmanian side has taken no action.

In Ulaanbaatar, Mongolia, a Turkish diplomat wrote, "Since 1994, Fetö has been exploiting Turkey's good reputation in Mongolia and the religious values of our Muslim brothers. This organization is like a Trojan horse and is prepared to do anything to achieve its secret agenda."

Even the smallest of observations seem suspicious. The Turkish consul general in Salzburg even sees a hostile act in the swimming course for women offered by the Akaysa organization, which it believes to be Gülen-aligned. He wrote that the association had succeeded "through its education, cultural and charitable activities and events" in drawing attention to itself. "Through feigned interest in the problems of the people" and other "positive-sounding activities" the "terrorist organization Fetö has attempted to create a good impression among our country's people," he wrote.

In Switzerland, a Turkish diplomat observed that Gülen sympathizers had "not been turning up in our mosques -- neither during the prayer times nor during Friday prayers," since the failed putsch.

When questioned about a report compiled by the Turkish Embassy in Sweden, the Turkish ambassador confirmed after initial hesitation that his embassy had written the cable for the religious authority Diyanet. He said information had been gathered about Gülen-aligned schools that had voiced criticism of the Turkish government. The ambassador described the Gülen movement as a "cancerous growth."

The documents also clearly prove that the Gülen movement maintains a global network that includes universities, schools, child-care centers, media, trade associations, aid organizations and youth groups. What the Turkish government hasn't succeeded in explaining so far is the alleged link between the Gülen movement and terrorism.

Despite this, parents in many countries have since pulled their children out of Gülen schools out of fear they will be subject to abuse from other members of local Turkish communities or that they will be banned from re-entering Turkey. In Belgium, a school bus was even set on fire.

The furthest-reaching allegations in the embassy reports are directed at the media. A report from the Turkish Embassy in Copenhagen claims that the Gülen movement operates newspapers in the country that have published "insulting and derisive news and articles against our honored president and against Turkey" in an attempt "to create a negative image of Turkey and to influence public opinion." It noted that the coup attempt and the "people's battle for democracy" was not the focus of the reporting, but rather the "fired government employees." Individual journalists are cited by name, including Hasan Cücük, who works in Denmark and has now discovered that his name appears on the list as an enemy of Turkey.

"We assume that these people are threatened with arrest as soon as they travel to Turkey," says Austrian Green Party politician Peter Pilz. "Even the fact that they now have Austrian or German passports is insufficient to protect them." Pilz wants to establish an information and research center on the Erdogan regime to which people can turn if they are being spied on or threatened. "We need to apply legal means to crack down on the spying structures of the Turkish embassies and organizations," the politician says.

Since the coup attempt in July, the number of arrests of individuals arriving at the Istanbul Airport has increased dramatically. Those affected, including both Turks and citizens of other countries who have spoken critically of Erdogan, suspect that they were denounced by name. The Foreign Ministry in Berlin has confirmed that the month of February alone saw at least 10 incidents in which Germans were refused entry into Turkey.

Investigations in Germany and Austria

In Germany, the Turkish-Islamic umbrella organization DITIB is suspected of having placed Erdogan opponents in the country under observation. Several imams are believed to have spied on members of their congregations and six have been withdrawn from Germany after the spying allegations emerged.

There are similar suspicions of mosque associations in 37 other countries. In Germany, Volker Beck, a member of parliament with the Green Party, filed a legal complaint requesting an investigation after the Turkish-language newspaper Cumhuriyet, which is critical of Erdogan's government, first published an article about the spying in Germany. The Federal Prosecutor's Office is now investigating.

In Austria, officials are likewise investigating similar allegations against the Turkish-Islamic umbrella association ATIB. Many of these associations are led by the Turkish Embassy's religion attachés. "We are investigating the suspicion that actions were taken on orders from the government in Turkey," says one investigator in Vienna. 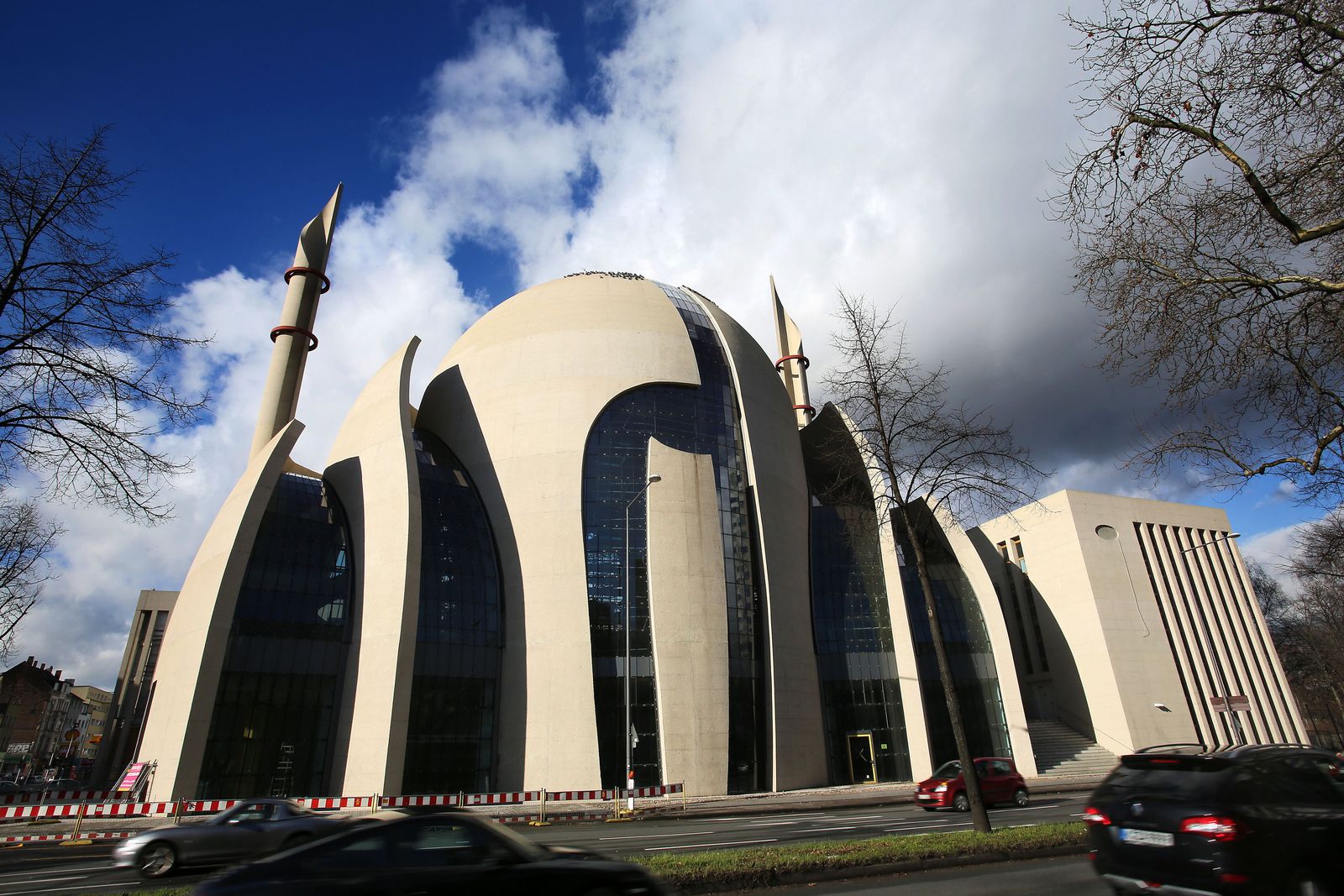 In recent weeks, news also emerged that imams connected with the organization DITIB, which operates Turkish mosques across Germany, have been spying on members of their community suspected as being Gülen movement adherents. Turkey's intelligence agency has even provided a dossier about suspected Gülen movement followers to its German counterpart, the BND, suggesting it believes the spying is legal. 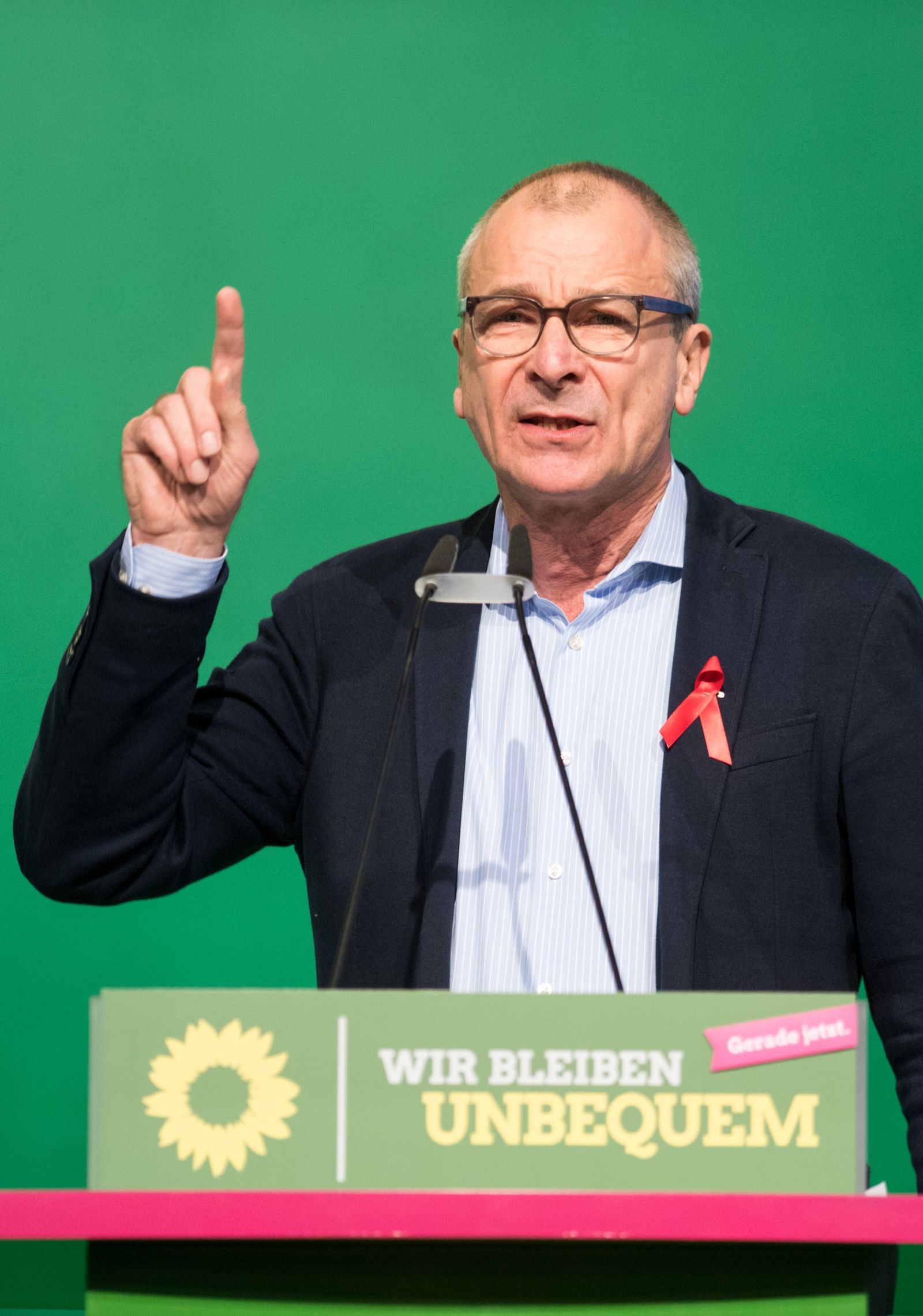 In Germany, Volker Beck of the Green Party filed a legal complaint about the spying, and it is now being investigated by the country's Federal Prosecutor.