SPIEGEL: You have recently been part of talks in the Chancellery in Berlin regarding the future of Cyprus. Why?

Nami: We have asked Germany for support for the process of reunification. Finally, the two parts of Cyprus -- the Greek south and the Turkish north -- are prepared for this step, after 40 years. It cannot be allowed to fail. It is an historic opportunity.

SPIEGEL: How can Germany help?

Nami: The Germans are strong in the European Union and specialists when it comes to reunification issues. We in Turkish Cyprus compare ourselves with poorer East Germany because we are not part of the EU like the southern part of the island and are only recognized by Turkey. Our university students, for example, are not allowed to take part in the Erasmus and Socrates programs, our businesspeople cannot engage in direct trade with EU countries and there are no direct flights from Europe to Northern Cyprus. There are 860,000 Greek Cypriots living in the southern part of the island and we 300,000 Turkish Cypriots in the north are far behind when it comes to development. We need a special program so that we can achieve EU standards.

SPIEGEL: What would change for Europe if reunification were successful?

Nami: With the large untapped natural gas reserves off the coast, we could help Europe reduce its dependency on Russia.

SPIEGEL: When might a reunification treaty be ready for signing?

Nami: We need only a few months, but that would require the Greek Cypriots to move more quickly.

SPIEGEL: The Greek south is facing significant pressure from ultra-nationalists and there is concern that a renewed failure of the reunification negotiations could result in a two-state solution, which would cement the partition.

Nami: Nobody wants a two-state solution. A federal structure with two, equal parts is what people want. The political will is there. Now, it is time to talk.

Özdil Nami, 47, is the foreign minister of Northern Cyprus, the Turkish controlled portion of the island. The Greek controlled southern side of the island is a member of the EU. Reunification negotiations have been underway for years. A United Nations-backed referendum seeking to establish a federation failed in April 2004. 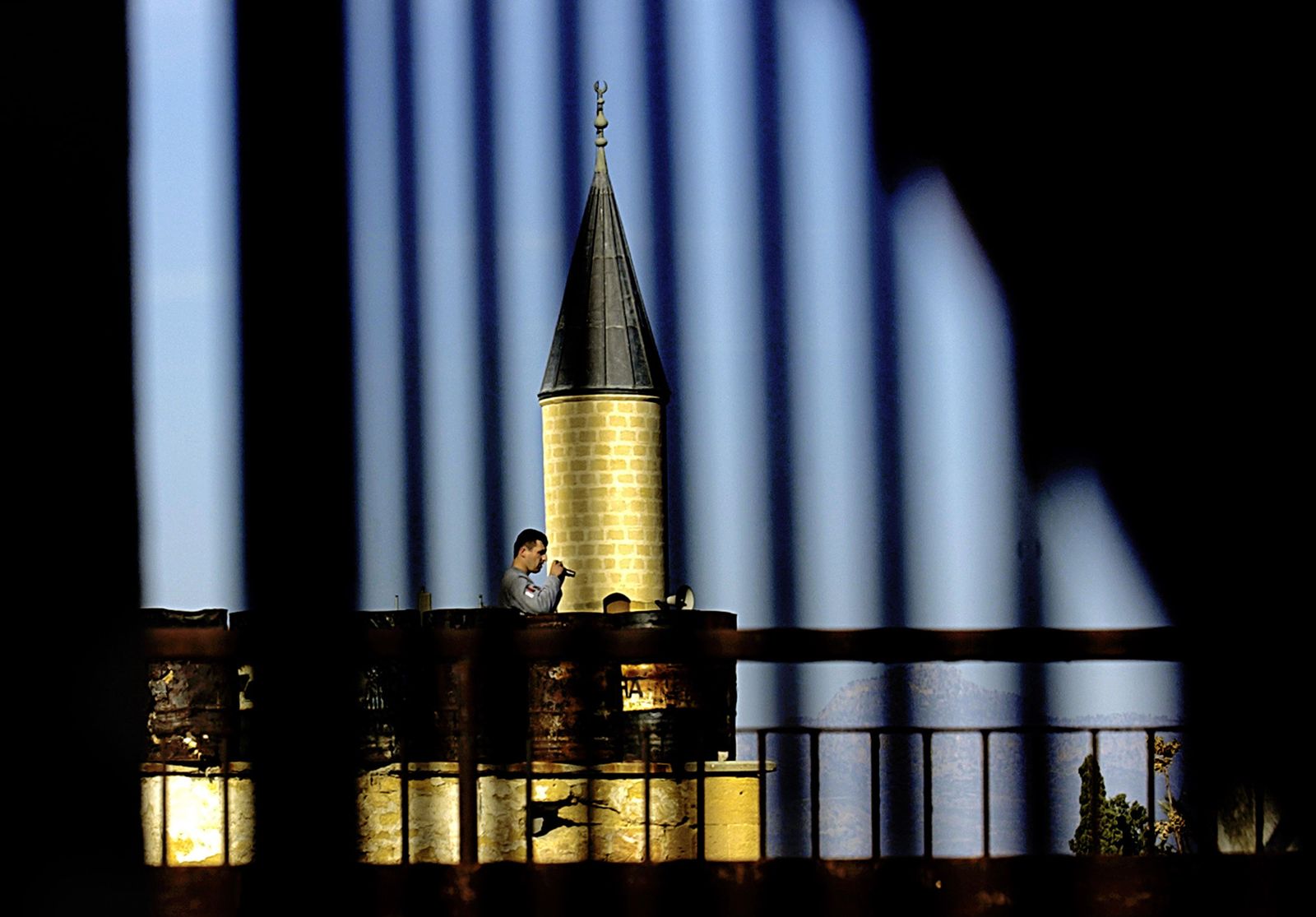 A Turkish soldier standing at a guard house at the border between Greek and Turkish Cyprus.