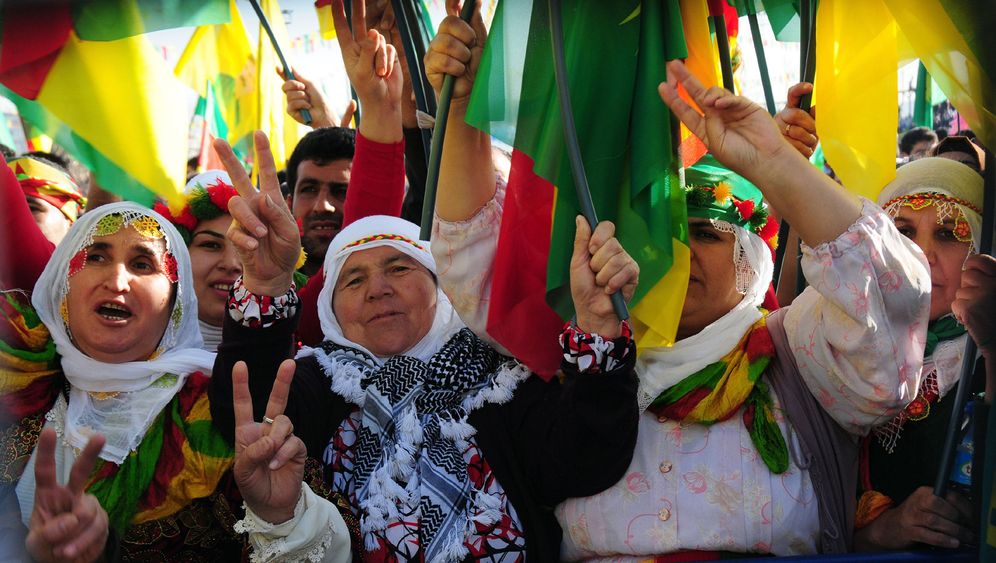 How do we go forward? How realistic is imprisoned Kurdish leader Abdullah Öcalan's dream of a ceasefire between Kurds and Turks, the withdrawal of all armed forces and a joint future in a new, democratic republic? If the rights of the Kurds and their status as equal citizens of this country are recognized, the problem is solved, isn't it?

I think it won't be that easy to make this dream come true. Indeed, the Kurdish question goes beyond cultural rights and civic equality. We Kurds entered the stage of history as a belated people. This conflict primarily has to do with the birth of a nation -- with the fundamental yearning to belong to a certain geographical region, where one was born, and the desire for political self-determination. One cannot understand the Kurdish question without understanding these aspirations.

The banned Kurdistan Workers' Party (PKK) arose from the longing to take possession of this region, and from the desire to determine its inherent nature and geography. Although it internationally defines itself according to a Marxist-socialist ideology, the PKK has always been an organization in search of its own roots. Thus, political self-determination is both a historic and an existential necessity.

The PKK has good reasons to negotiate with the Turkish state over the coming weeks and months. Violence has lost its purpose, and political action seems more sensible. But these pragmatic reasons cannot satisfy the deep need of the Kurdish people to achieve a concrete framework for the long-sought control of their region. This is also the case with other belated nations in contemporary Europe. Scotland and Catalonia only wanted to secede from their superordinate government federations after these states took their place under the larger umbrella of the European Union.

If we assume that the Kurds actually wanted to join forces with other peoples of the Middle East to form a democratic union of Anatolia-Mesopotamia with open borders, as Öcalan apparently envisions, could the Turks accept this?

Today, even assimilated Kurds show a radical Kurdish awareness. And it is precisely this heightened self-confidence that is the actual problem for the Turks. After all, these days hardly any of them still has objections to the Kurds speaking their own language and enjoying equal rights.

But it is another story altogether when it comes to controlling a region. The majority of Turks still strictly reject the Kurdish demand for a special status.

That's why I don't think that we can talk about genuine negotiations between the Turkish state and the Kurdish PKK: There is no framework for negotiations, no direct counterparts and no guarantor powers. It appears that after fighting its largest minority for 30 years, the Turkish state still has problems perceiving the Kurdish people as an independent subject. As a result, the government repeatedly strives to make progress by sidestepping the main issues.

There is no other explanation for why they pursue the negotiations via the media and the Kurdish Peace and Democracy Party (BDP), which is represented in the national parliament in Ankara. The BDP cannot negotiate on an equal footing and is only the bearer of messages from the Turkish side.

During the current phase, the negotiations on the Kurdish question require, as with all conflicts, a third, mediating force. Without this, there can be no fundamental solution. It is therefore time to remember the close ties between Turkey and Europe. This friendship could now be tested during the negotiating process with the Kurds.

Kurdish poet and author Bejan Matur, 44, has received numerous awards in Turkey for her work. She lives in Istanbul .