Europe has a new best friend. His name is Recep Tayyip Erdogan. The Turkish president, of all people, the very man who is doing everything in his power right now to transform his country into autocracy modelled after Vladimir Putin's Russia emerged as the victor at this week's special EU-Turkey summit in Brussels. This is bad, even alarming, news.

Because the European Union apparently sees Erdogan as a potential miracle solution to the refugee crisis, he will likely get almost everything he wants: billions of euros for refugee support, accelerated EU membership talks and visa-free travel for Turkish citizens who want to visit Europe. On top of that, he gets the EU's failure to criticize the president's undemocratic behavior.

A few days before the summit, Erdogan dealt another heavy blow to press freedom, as if wanting to show Europe he can get away with anything. He had the country's largest newspaper, Zaman, be placed under mandatory government administration as anti-terror police occupied the opposition publication's editorial offices. The same thing happened this week to the news agency Cihan.

Prior to that, Can Dündar, the editor in chief of the daily Cumhuriyet, which is critical of the government, was arrested. The country's constitutional court ultimately ordered his release, but the president made clear that he wouldn't accept the verdict. In the last 18 months, close to 2,000 people have come under investigation for "insulting the president" in Turkey. And now the government wants to suspend parliamentary immunity for lawmakers from the pro-Kurdish HDP party.

Neither Angela Merkel, nor EU foreign policy chief Federica Mogherini nor European Council President Donald Tusk has dared to explicitly criticize the Turkish president. Instead, they proffered only the mildest of condemnations. But when Europe tiptoes on eggshells like that, it jeopardizes its credibility. What right will it still have to criticize limits to the freedom of the press in countries like Hungary -- or in Putin's "managed democracy"?

So-called realpolitik is often cited to justify these kinds of unsavory deals -- the idea that you sometimes have to do morally disagreeable things for the sake of a higher cause. But there are some real-world consequences. For Turkey, this means weakening an opposition that is resisting Erdogan's aspirations to omnipotence. The EU is now paving the way for the president to change his country's constitution and weaken Turkey's democratic institutions. Erdogan has also reignited the conflict with the banned Kurdistan Workers' Party (PKK). The army, in its battle against Kurdish militants, has put entire cities in the southeast under curfew and left many homes in ruins. The president is destabilizing his own country and the broader region.

Europe intends to surrender itself to a volatile autocrat who soon may have additional demands. This is not what a sustainable solution looks like. Besides, no one even knows if the proposed refugee deal will work the way people are hoping. Will the threat of swift deportation to Turkey truly be enough to prevent refugees from crossing the Aegean Sea? Is it even possible for Europe to conduct mass deportations that violate the terms of the Geneva Convention on Refugees? Will the acceptance of Syrian refugees by European countries from Turkey ultimately work? And isn't it also possible that refugees will simply take the route via Libya and across the Mediterranean in the future?

The agreement with Turkey may provide temporary relief to EU leaders like Angela Merkel, who are under domestic political pressure to reduce the number of refugees. It is, however, degrading for Europe to come across as a desperate supplicant. This is purely the product of EU discord. The Europeans only have to rely on Turkey because they are unable to agree on solutions that they themselves could implement -- such as the distribution of refugees across Europe.

The fact is that the EU doesn't have many levers left with which to pressure Turkey. The EU was never truly serious about accepting Turkey as a member, and Erdogan today is no longer seriously seeking that either. For the Turkish president, the reopening of accession negotiations is mainly important because of the domestic prestige factor.

Despite all this, the EU still has one trump left in its hand: the prospect of visa-free travel for Turkish citizens it is now considering, which would be an enormous success for Erdogan domestically. It must be attached to strict conditions, including respect for human rights and freedom of the press. Such a victory cannot just be handed to Erdogan. A price should be demanded for it at the next summit this coming week. If the EU is to open its borders to Turkish citizens, then it also has to dare to criticize Erdogan and exercise all the influence that it still has. 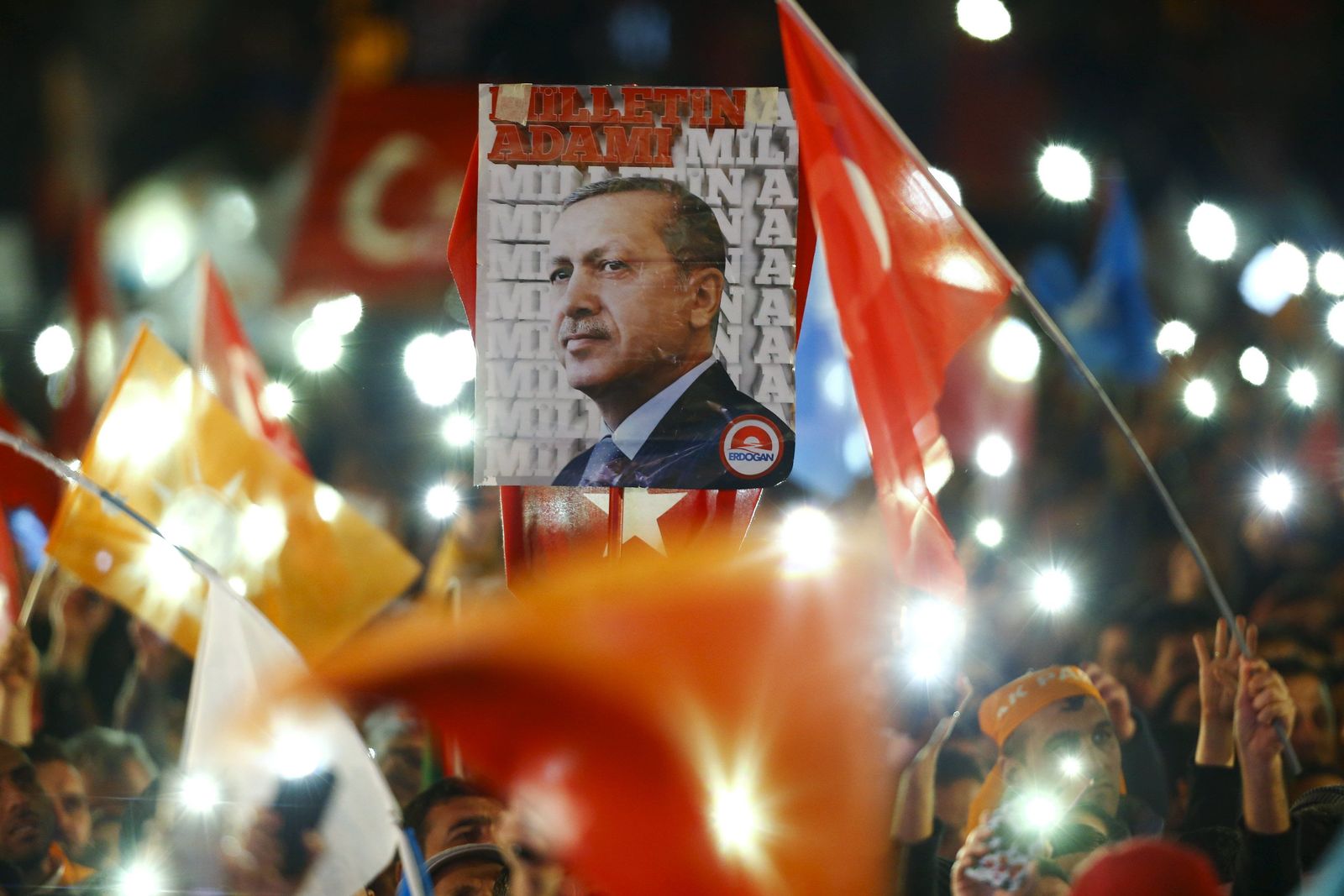