The treaty, set to be signed at the Eastern Partnership Summit in Vilnius on Nov. 28, includes a sweeping free trade deal between the EU and Ukraine. The pact is expected to deepen Ukrainian engagement with the country's western neighbors, while exacerbating tensions with Russia. Moscow has vehemently opposed Ukraine's economic integration with the EU, and has pressured it to join a trade bloc known as the Customs Union with other former Soviet countries.

Experts say the EU association agreement could pay dividends for Ukraine over the long term -- both economically and politically -- but warn that Kiev may lack the political resolve to implement the reforms that would make such a partnership fruitful.

The deal, which requires Ukraine to adopt a number of EU governance and trade standards, could encourage "more rule of law and move Ukraine slowly but steadily into the European fold," says Georg Zachmann, a research fellow at the Bruegel think tank. Or, Zachmann says, once the deal is attained, Ukraine could ultimately "lose its motivation" to implement painful political and economic adjustments.

Ukraine may simply see the agreement as a "card" it can play in a complex geopolitical game with its powerful eastern neighbor, says Susan Stewart, deputy head of research at the German Institute for International and Security Affairs. "The Ukrainian political elite think in a very short-term way," she adds. Stewart suggests the EU has overestimated Ukraine's "level of political will and administrative capacity."

Still, it remains unclear whether the two sides will even make it to the table in Vilnius next month. The sticking point for the EU remains Ukraine's so-called "selective justice," driven by a highly politicized judiciary system.

The EU mediation team -- led by former European Parliament President Pat Cox and former Polish President Aleksander Kwasniewski for over a year -- has called on Ukrainian President Viktor Yanukovych to grant a full pardon to Tymoshenko. The opposition leader was jailed in 2011 for seven years following a trial that the EU deemed politically motivated. Yanukovych has resisted granting Tymoschenko amnesty, but indicated she could be released to Germany on medical grounds. The mediators are focusing on a compromise under which Tymoshenko, 52, can travel to Germany to receive medical treatment for spinal problems.

"All logic dictates that she will be released, but the ability of the Ukrainian government to snatch defeat from the jaws of victory is quite high," says Ian Bond, the director of foreign policy at the Center for European Reform. Bond adds that he remains "cautiously optimistic."

If a deal is brokered and the association agreement proceeds, Russia is likely to increase economic pressure on Ukraine by imposing new tariffs and forbidding certain exports, explains Stewart. If the agreement stalls, she adds, Russia could see an opportunity to force Ukraine to join the Customs Union.

The Kremlin has adopted a position by which "anything that takes Ukraine further away from Moscow's orbit is bad for Russia," says Bond.

Just as Cox and Kwasniewski arrived in Kiev, Russia's state-backed gas company, Gazprom, accused Ukraine of failing to pay an $882 million (€641 million) bill dating to August. Russia, Ukraine's largest energy provider, cut off shipments to Ukraine in the winters of 2006 and 2009 over similar payment disputes, with freezing incidental effects for Western Europe. 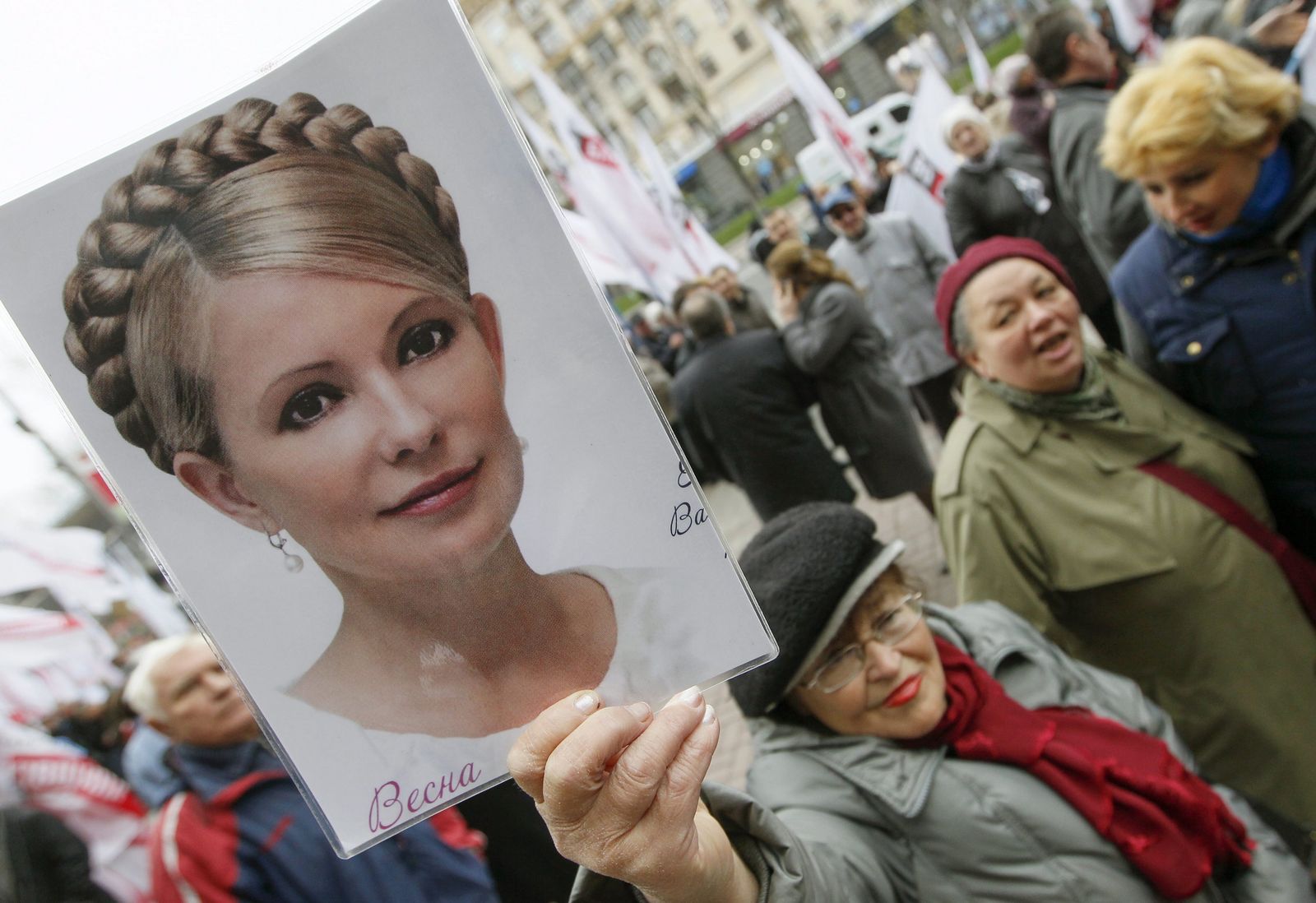 An EU mediation team has called on Ukrainian President Viktor Yanukovych to grant a full pardon to the former prime minister.