The United Kingdom Independence Party (UKIP) easily won Sunday's European election in Britain, with the anti-EU force gaining 27.5 percent of the vote. It marked the first time since 1910 that a group other than the country's two mainstream parties -- the conservative Tories and center-left Labour -- came out ahead in a national election.

UKIP party boss Nigel Farage spoke of the "most extraordinary moment in British history for a hundred years." Even in the capital city of London, where UKIP fared poorly during municipal elections on Thursday, the party managed to attract a respectable 17 percent of votes.

With its criticism of the European Union mixed with a polemical stance against immigrants and the political establishment, the right-wing populists appear to have struck a chord with many Brits.

The euroskeptics' election victory had been anticipated for weeks. Still, it triggered an uproar within the House of Commons' three largest parties: A strong fourth party on the political stage has the potential to dramatically shift the country's political calculus. In European Parliament, UKIP will now have more seats than Prime Minister David Cameron's Tories (who scored just under 24 percent of the vote) and Labour (which secured 25 percent).

Cameron's government coalition partner, the Liberal Democrats -- the only British party to campaign on a pro-Europe message -- lost 10 of their 11 EU parliament seats. Already, calls are growing louder for Liberal-Democrat party leader and Deputy Prime Minister Nick Clegg to step down. Even the Greens managed to surpass the Liberal-Democrats.

Cameron himself is likewise under pressure following Sunday's vote. Nervous representatives of the party's right wing are calling for Britain's referendum on EU membership to be held earlier than previously planned. They want to close a non-aggression pact with UKIP in advance of the next election for the House of Commons in May 2015. They fear that if the Tories and UKIP campaign against each other it will divide the Conservatives and result in a broad defeat.

Sunday's outcome could also prove a curse for Britain's European partners as well. Growing domestic political pressure will force Cameron to take a firmer line in Brussels than he has thus far. Furthermore, he is certain to become less willing to compromise -- a development that will likely make itself felt in the coming days when EU leaders begin negotiations over the next European Commission president.

None of the party heads spoke to the press on Sunday night and the only leader in a celebratory mood was Farage, who attended a UKIP party in Southhampton after spending his Sunday afternoon watching a cricket match in Turnbridge Wells. "It was a very English scene. I thoroughly enjoyed myself," he told the Guardian.

Its success in the European election has transformed UKIP into a national party. UKIP even scored a seat in the European Parliament in Scotland, marking the first time the euroskeptic party has ever won a mandate north of England. A blog post in the Financial Times noted that Farage had "justified the media hype of recent weeks."

Still, many experts believe UKIP has now reached its zenith and that the only way it can go from here is down. The party could be stifled as soon as June, at least if the Tories win a by-election in the constituency of Newark. But the highest hurdle facing the party is the entry into the House of Commons. UKIP has never managed to win seats in the national parliament because Britain's first-past-the-post system places smaller parties at a disadvantage.

In 2015, Farage wants to field two dozen candidates, the largest number ever for the party. To combat allegations that his party only has two issues -- the EU and immigration -- Farage will likely make increasing forays into other policy areas. On Monday, Farage announced he plans to name point persons within the party for areas such as defense and health.

They are steps that make it clear that UKIP is on its way to becoming part of the political establishment. 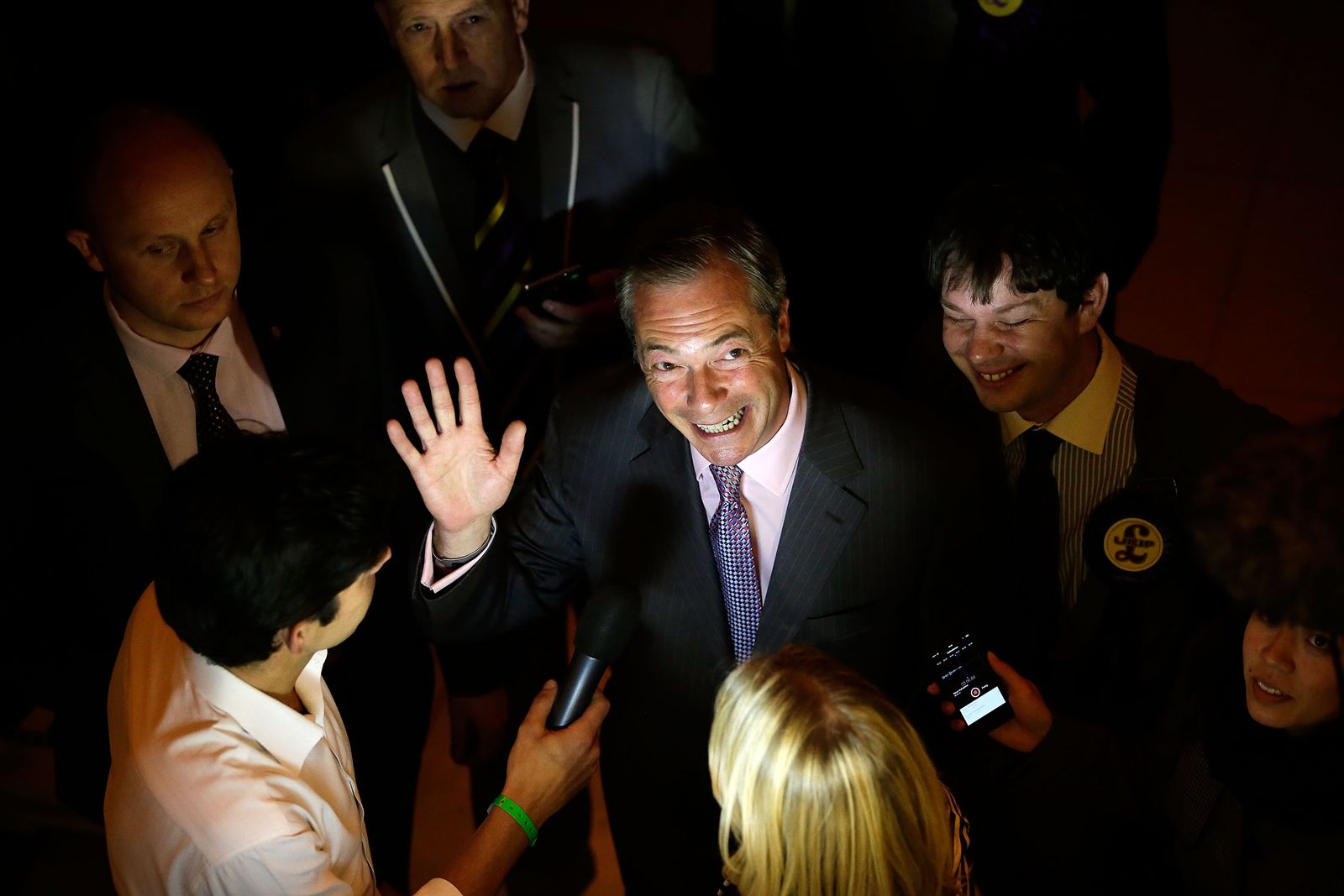