The protocol highlight of Friday's Eastern Partnership Summit was supposed to be the formal signing of an agreement between Ukraine and the European Union. But Ukrainian President Viktor Yanukovych no longer wants to be Europe's new best friend, so he put the deal on ice.

As a result, the highlight is now a different and, above all, sensitive one: German Cancellor Angela Merkel met the unyielding Yanukovych on Friday morning. But in what context? A German protocol official had a loud phone conversation in the hotel lobby: "The Ukrainians want the interpreter to sit at the table, as well," he exclaimed. They had brought a flag, he continued, before asking if that would be a problem. And, ah yes, the Ukrainian delegation wanted to sit on right-hand side. "At first glance, I can't see any downside for us," the official said carefully into his mobile phone.

With delicate details of ice-age diplomacy like these, the summit has been thrown back from what should have been the prelude to a very good friendship. It is not just the failure of the agreement that is on display in Vilnius, but also the failure of the EU's strategy toward Eastern Europe as it devolves into mere helpless announcements.

Officials admit that the task is a complicated and time-consuming one, but they still believe that controversial leaders like Yanukovych must eventually take the plunge toward Europe. "The door is open," said Chancellor Merkel after her 40 minute-long meeting with the Ukrainian president, though she added that the opposition there cannot be forgotten, either. At the chancellor's bidding, her foreign policy adviser Christoph Heusgen met with opposition leader and heavyweight boxer Vitali Klitschko in Vilnius to learn more about reprisals against Ukrainian civil society.

'An Almost Fearful Awe of Putin'

But it is also clear that accusations against Ukraine's leaders will accomplish little. The huge country seems torn between a western part that looks towards Brussels and another region that remains highly influenced by Russia. The mawkishness of its president, who is reputedly corrupt, is also too great, with Yanukovych complaining in the conversation with Merkel about the International Monetary Fund's refusal to simply give him billions in loans without conditions.

But Europe's helplessness is just as clear. Kiev's rejection of the agreement has driven a stake through the heart of the "Eastern Partnership." Although Georgia and Moldova both signed similar agreements with the EU in Vilnius, the latter is tiny and the former a rather opaque partner.

Stefan Füle, the EU commissioner for enlargement and European neighborhood policy, however, was beaming with optimism: "We remain firm in our commitment to bring European Union-Ukraine relations to a new level," he said.

Member states such as Poland want to direct the EU's influence toward the east, in part as protection against Russia. But, at the summit, an almost fearful awe of Russian President Vladimir Putin's power politics could be detected. Unlike the EU's own mistakes, his tactics are not under constant scrutiny, and when it comes to crossing the finishing line, he appears to be more clever at power politics. EU officials mock how Russia promises to give Ukraine billions in loans but without guarantees. European Commission President José Manuel Barroso also rejected Russian interference, saying, "What we cannot accept is a condition on a bilateral agreement to have ... a possible veto of a third country." And Martin Schulz, president of the European Parliament, said: "If you look at the offer from Moscow, Ukraine is getting short-term assistance in a form that we as Europeans cannot and do not want to provide."

In fact, it has long been not just about Ukraine but about Europe's relationship with Russia, the sensitive ex-world power, and its often-inscrutable president. It is known about Chancellor Merkel that, for years, she has made it an almost scientific hobby to observe Putin -- his airs, his tactics, his goals. Her analysis is that, if Putin sometimes plays the devious macho and sometimes the contructive partner, then it reflects the entire spectrum of Russian self-doubt.

In other words, after being one of the world's undisputed two superpowers, Russia can now no longer keep up with the pace of globalization. It once lorded over the entire Eastern bloc, but for the last 25 years, it has had to sit back and watch as one country after another has turned its back on Russia and looked toward the West. This is why Putin wants to stop what he perceives as the West's advance all the way to Russia's borders.

What can the EU do to counter this? Does it need a new geopolitical strategy given that checkbook diplomacy has broken down in the wake of the euro crisis? Must a new policy toward Russia be found that "makes clear the borders of Russia," as Elmar Brok, a German member of the European Parliament, demands?

These are questions that can only be resolved through dialogue, including with Moscow. Personal discussion between Merkel and Putin, however, will take place no sooner than early 2014; an exact date has yet to be set. The general consensus in Vilnius is that the problem is one that will obviously take years to work through. 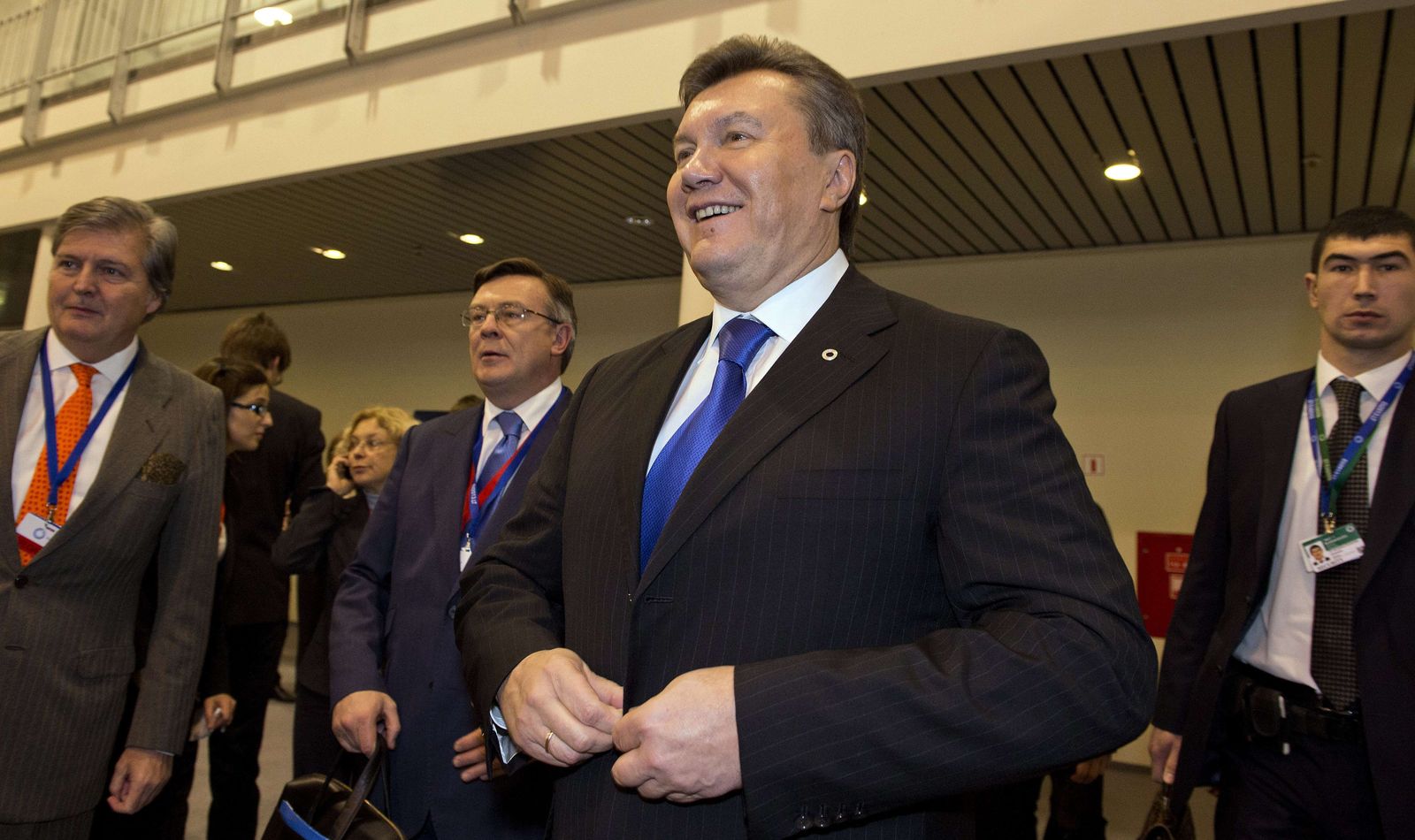