Stepan Kubiv, 51, looks as earnest as one would expect for the president of a central bank. Yet in Kubiv's case, he has only held his office as the governor of Ukraine's national bank since Monday. Prior to that, he was a "commandant" of Ukraine's Euromaidan opposition movement, which managed to topple President Viktor Yanukovych. Now Kubiv must take up a different battle -- keeping his country from financial collapse.

On Wednesday, Kubiv noted that his country's foreign currency reserves had dropped from $17.8 billion (€13 billion) to $15 billion just since the beginning of February, as the national bank attempted to prop up the exchange rate of the country's currency, the hryvnia. Those efforts met with little success, and the hryvnia has fallen to a record low against the dollar.

And that's not Kubiv's only woe. Despite Ukrainian banks limiting cash withdrawals from ATMs, the central bank president says customers withdrew around $3 billion just during the three days of street battles last week, an amount equivalent to 7 percent of all deposits. On Friday, Kubiv announced that foreign currency withdrawals were being further limited to 15,000 hryvnia ($1,500) per day in order to calm the current volatility.

Ongoing instability on the Crimea Peninsula has also not helped, with global stock exchanges hit hard on Thursday. Furthermore, the VTB on Thursday became the second major Russian bank to announce it was reducing its lending in Ukraine, which could cause businesses in the already economically stricken country to soon run out of cash. "Ukraine's banking sector appears to be destabilizing considerably," says Stefan Bielmeier, head economist at Germany's DZ Bank.

These current developments are particularly worrying because Ukraine is already in danger of insolvency. Some $70 billion were taken out of the country in the last three years under Yanukovych, the new government revealed on Thursday, and $37 billion worth of state loans simply disappeared. So far, the government had pegged its financial requirements for the next two years at $35 billion. But that won't be nearly enough if investors start pulling out of the country on a large scale.

But how likely is such a scenario? And who would be most seriously affected if it occurs?

The national bank projects that the loss of Russian credit in Ukraine wouldn't amount to a dramatic change for Russia. According to the central bank's calculations, Russian banks have less than 1 percent of their total assets invested in Ukraine. According to an estimate by ratings agency Moody's, the four largest Russian financial institutions together have about $20 billion to $30 billion in Ukraine; Russian President Vladimir Putin put that number at $28 billion. From the Ukrainian perspective, though, that's a considerable amount, with Russian banks' market share in the country at 12 percent.

European banks, too, stand to lose in Ukraine. According to the most recent figures available from the Bank for International Settlements (BIS), European banks have more than $23 billion in outstanding loans in Ukraine. According to the statistics, German banks have lent only around $1 billion to Ukraine, but for Italy that figure is nearly $6 billion. "Italian financial institutions are already in the spotlight after the stress test for European banks," says Bielmeier at DZ Bank. "Their involvement in Ukraine could increase that stress."

But of course the situation is most ominous for Ukraine itself. New Finance Minister Oleksandr Shlapak declared on Thursday that the situation was already stabilizing. At the same time, though, he announced that the country had asked the International Monetary Fund (IMF) for a financial injection of $15 billion. "We need to reach an agreement with the IMF immediately," said new Prime Minister Arseniy Yatsenyuk. "As soon as we have an agreement with the IMF on a course of action, we will have funds for our reserves, and we will be able to stabilize the exchange rate."

The IMF is certainly the obvious choice of partner for financial assistance, and an aid package would help to stem the risk of capital flight as well. But there's another problem. "Normally, the IMF only extends loans to countries with a stable political system," says DZ Bank head economist Bielmeier. "That's the greatest stumbling block with Ukraine."

Deposed president Yanukovych's press conference on Friday will not have helped matters. Yanukovych claimed that he is still the Ukrainian head of state and insisted that those now in power in Kiev step down. There is, of course, no chance that they will, but a potentially meddling former president will not be helpful to the interim government.

IMF head Christine Lagarde reiterated on Friday that the IMF was sending a "fact-finding mission" to Ukraine next week. Following a meeting with German Foreign Minister Frank-Walter Steinmeier in Washington on Friday, she also said that she was concerned about the numbers currently circulating, saying they were unconfirmed, and added that the IMF does not at present believe that the situation in Ukraine is critical. The EU, the US and the IMF, Steinmeier said at the meeting, were all monitoring the situation and could rapidly supply emergency funding of up to $1 billion each should the need arise.

Russia's government has made clear that it rejects the current political changes in Ukraine. If the IMF and EU step in with aid, it remains to be seen the degree to which Russia might economically sabotage the country. Ukraine is dependent on its eastern neighbor not only for financial loans, but for its supply of natural gas as well. In early February, the foreign trade and investment agency Germany Trade and Invest concluded that this conflict was "also being conducted using economic means," for example with Russia apparently considerably increasing customs inspections for goods from Ukraine.

A long-lasting economic crisis in Ukraine, though, would not be in Russia's best interest. "That naturally also has repercussions for joint companies we have with Ukraine," Russian Economic Minister Alexei Ulyukayev told German business daily Handelsblatt. DZ Bank economist Bielmeier believes as well that these close ties may well be what save Ukraine in the end. "The risk of national bankruptcy is not very high," he says. "But only because none of the major blocs has an interest in that happening."

With reporting by Stefan Kaiser and Matthias Gebauer, and material from Reuters 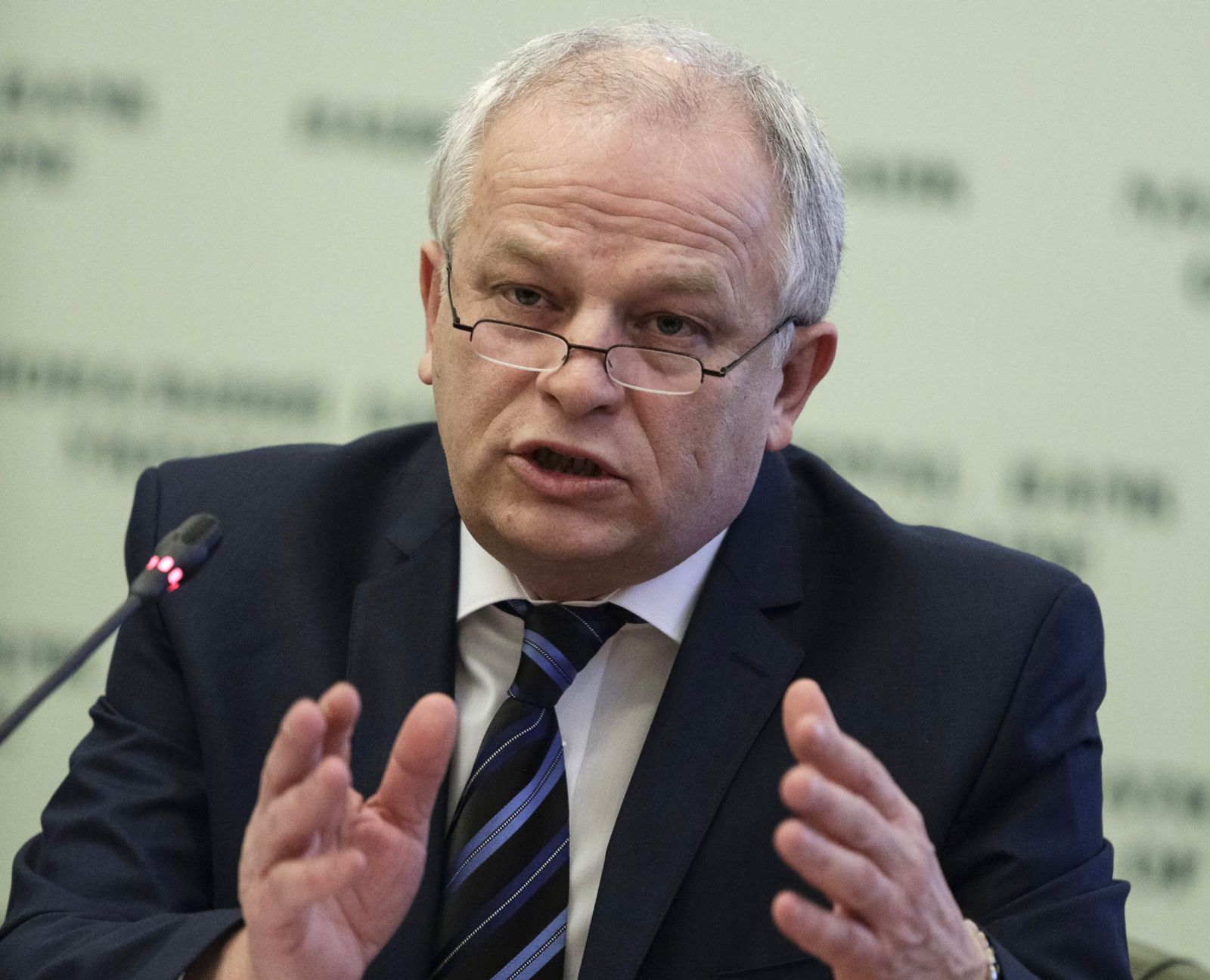