Three weeks into a power struggle that has seen an estimated 20,000 demonstrators camping out on Kiev's Independence Square in subzero temperatures, it seems as if closer ties between Ukraine and the European Union may be on the cards after all. On Thursday Ukrainian Deputy Prime Minister Serhiy Arbuzov announced his country would sign the free trade and association deal with the EU "soon," following talks with EU authorities. Arbuzov failed to give a specific deadline for signing the deal or to explain his government's change of heart.

In an interview Thursday evening with German television network ARD, opposition leader Vitali Klitschko reacted skeptically to the Ukrainian government's diplomatic offensive in Brussels. "Our president has promised to sign the agreement countless times over the past three years," Klitschko said, confirming his intention to stand for the presidency and stressing the need for reform. "We have to fight for our vision and our country," he told the network.

On Friday, Ukrainian President Viktor Yanukovych announced his intention to offer amnesty to those who had been detained during the recent mass anti-government protests and now face criminal charges.

"There should be an amnesty, in order to give guarantees that the process of confrontation will stop," he said in a statement on Friday.

The present conflict was provoked by Yanukovych's unexpected refusal on Nov. 21 to sign an association deal with the EU, following months of seemingly successful negotiations which were to conclude with signing at the EU's Eastern Partnership Summit in Vilnius. Yanukovych later explained his decision citing economic pressure from Russia, Ukraine's largest trading partner and principal supplier of natural gas.

In hisstate of the nation address on Dec. 12, Russian President Vladimir Putin reiterated his offer to Ukraine of membership in a customs union, which would also include Belarus and Kazakhstan. The European Commission has made it clear that an association agreement with the bloc is incompatible with membership in a Russian-backed customs union.

Following the failure of its previous soft-power strategy in the face of concerted Russian opposition, it seems as if the EU has moved toward a more robust combination of incentives and threats. EU Enlargement Commissioner Stefan Füle was quick to respond to the Ukrainian government's change of heart, promising the country help in implementing the association agreement, should Kiev demonstrate genuine willingness to sign.

The EU would also assist Ukraine in negotiations with the International Monetary Fund (IMF) for a new credit line, something Kiev has failed to achieve in recent months. Prior to the collapse of negotiations in November, Ukraine signaled financing needs in the range of €20 billion annually to help its economy adjust to EU standards. EU officials were only able to offer some €600 million, leading observers to assume the EU had been outspent by Russia, which was offering lucrative discounts and financing deals on its natural gas deliveries.

The European Parliament condemned Russian pressure on Ukraine in a cross-party resolution Thursday and urged the Commission to consider sanctions against Moscow should it persist in breaking World Trade Organization rules on politically motivated trade sanctions. In a frank telephone conversation US Defense Secretary Chuck Hagel cautioned his Ukrainian counterpart Pavlo Lebedyev against using force to disperse peaceful protests, warning of consequences for the bilateral relationship. 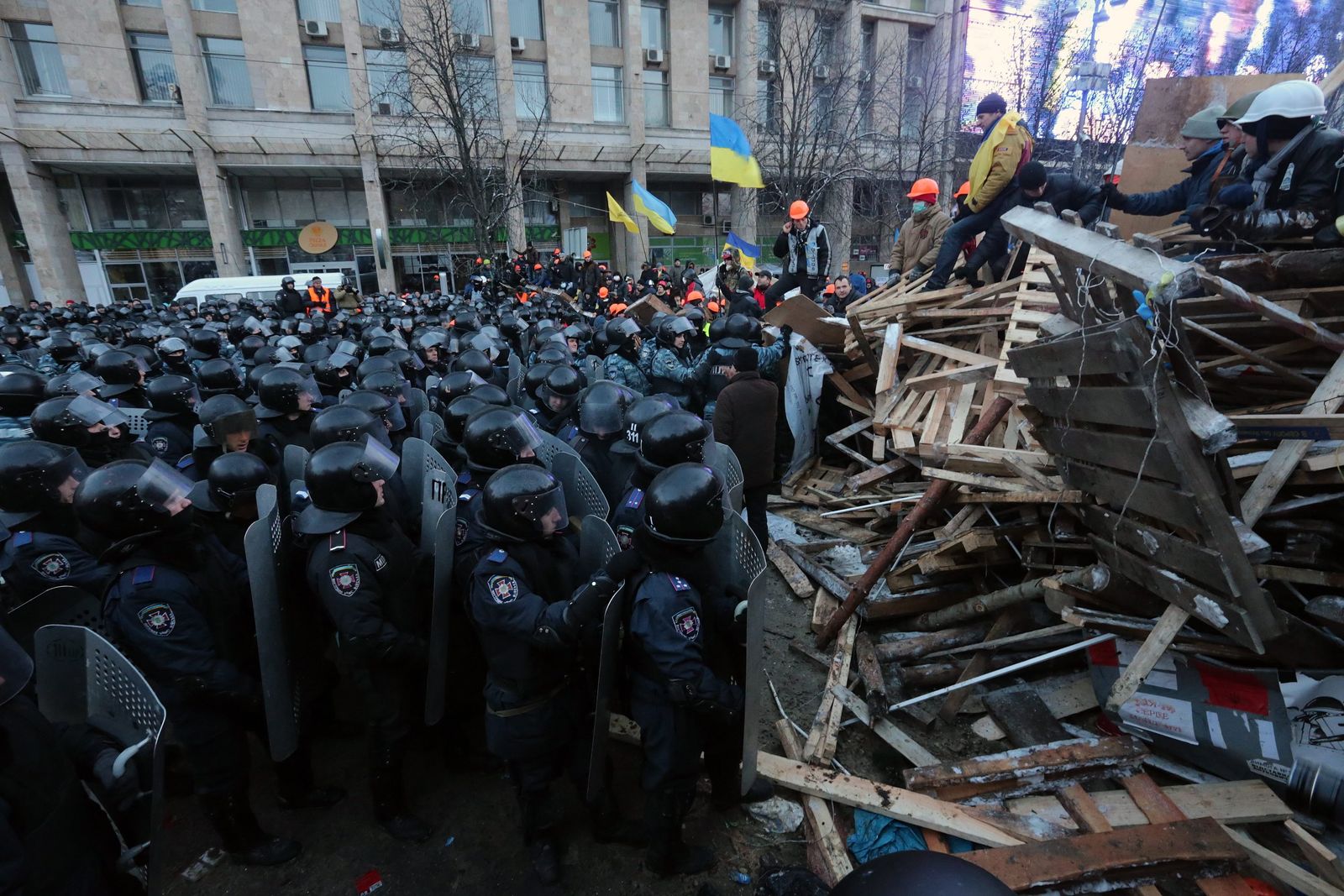 Ukrainian President Viktor Yanukovych says he intends to offer amnesty to those who had been arrested during mass anti-government protests.