The Ukrainian government announced on Thursday afternoon that it would cease preparations to sign a trade deal with the European Union. According to the government's website, Kiev would instead pursue the creation of a joint commission to improve relations between Ukraine, Russia and the EU.

The statement followed the Ukrainian parliament's failure just hours earlier to pass bills that would have allowed the release of former Prime Minister Yulia Tymoshenko for medical treatment abroad. None of the six bills garnered the necessary majority of votes, endangering the country's chances of further European Union integration, which have been made contingent on her release.

The 52-year-old opposition leader is currently serving a seven-year sentence for abuse of power, a punishment the West sees as politically motivated. In response, the EU has refused to sign an association agreement with the former Soviet republic that would pave the way for improved economic and political integration between the two sides and mark a pro-Europe shift away from Russia.

The treaty was set to be signed at a summit next week in the Lithuanian capital of Vilnius, but now looks set to fail.

EU officials have named a number of conditions for signing the treaty, including Tymoshenko's release to Germany for treatment of spinal problems. The heroine of the country's 2004 "Orange Revolution" -- which grew out of protests against electoral corruption -- was imprisoned in 2011, and is currently being held in a Kharkiv hospital.

The EU has called her imprisonment "selective justice" -- political revenge by her rival, President Victor Yanukovych. His Party of Regions abstained from voting on the bills that would have allowed Tymoshenko's release.

"President Yanukovych is personally stopping Ukraine's road to Europe," opposition leader and former economy minister Arseny Yatsenyuk said after the parliament vote, according to Reuters. He also said he would push for presidential pardon for Tymoshenko, which could keep the path to the trade deal open.

Elmar Brok, a member of Merkel's conservative Christian Democrats (CDU) and head of the EU parliament's Committee on Foreign Affairs, also blamed Yanukovych for the bills' failure. "Based on recent discussions and the behavior of President Viktor Yanukovych, I have the impression that he does not want to sign the treaty," he told news agency AFP on Thursday. "And if he doesn't want to do something, then he doesn't want to do it." Brok blamed "Russian pressure" for the move.

The trade pact, which would require the former Soviet republic to adopt EU governance and trade standards, is a source of tension with Russia, which has sharply criticized the measure. Russian Foreign Minister Sergei Lavrov said on Tuesday that Brussels had placed "unforgivable pressure" on the country over the matter.

Moscow has attempted to hinder the trade deal, threatening economic sanctions and tougher travel regulations between the closely tied neighbors, then attempting to entice Kiev away from the pact with affordable gas prices.

The failure of the Tymoshenko bills and the break-off of preparations for the deal is a victory for Russia in its struggle to maintain its influence in Ukraine. Russia is currently hoping the country will join its Customs Union with Kazahkstan and Belarus -- a nascent rival to the European Union. On the eve of the vote, Russian politician Alexei Pushkov accused Europe of already treating Ukraine like a "half-colony."

Earlier this week Yanukovych, who was away in Austria when Thursday's vote took place, had suddenly signaled that he would be unwilling to sign the pact under current conditions. 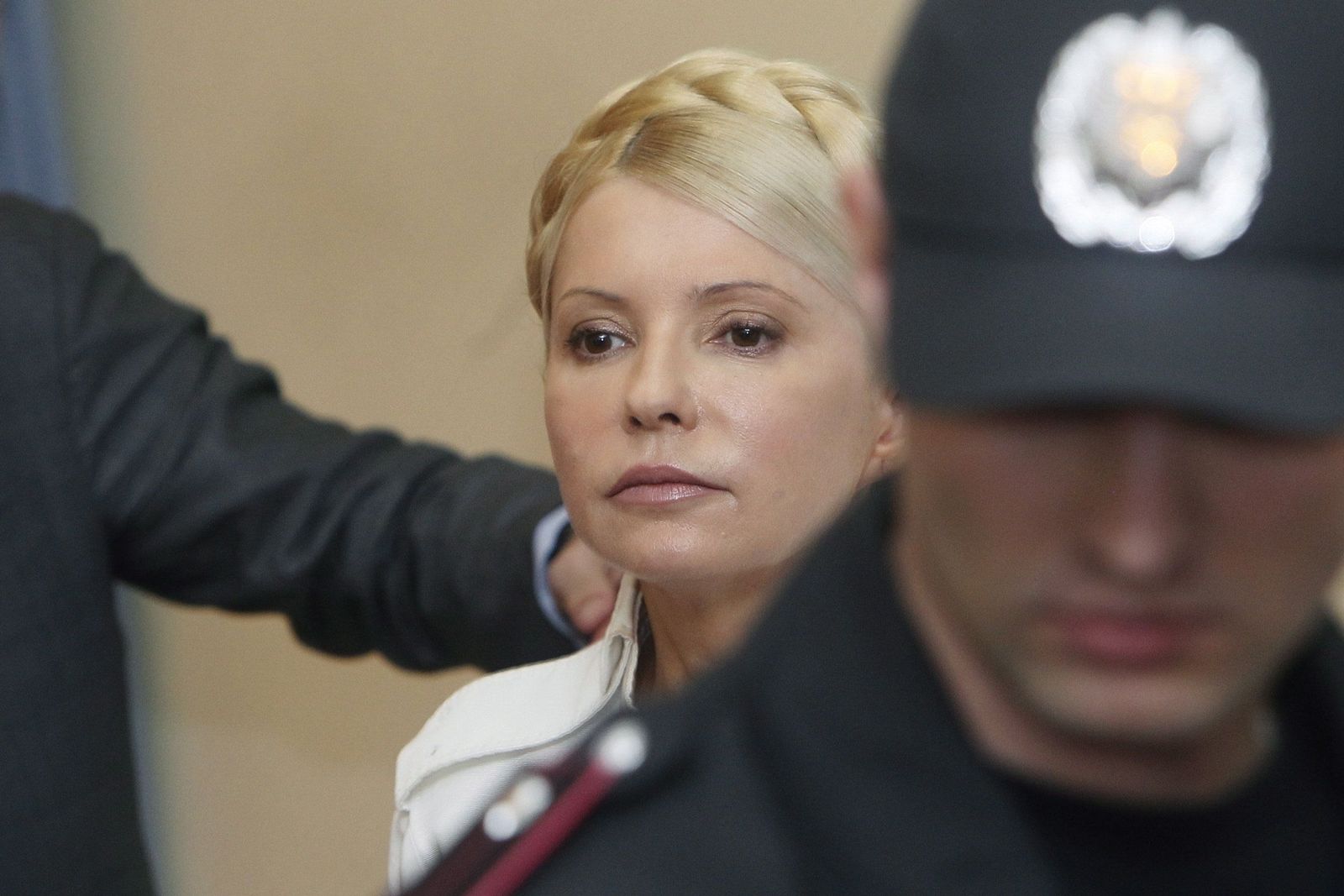 Former Ukrainian Prime Minister and opposition leader Yulia Tymoshenko during a June 2011 hearing in Kiev. She is currently serving a seven-year sentence for abuse of power.