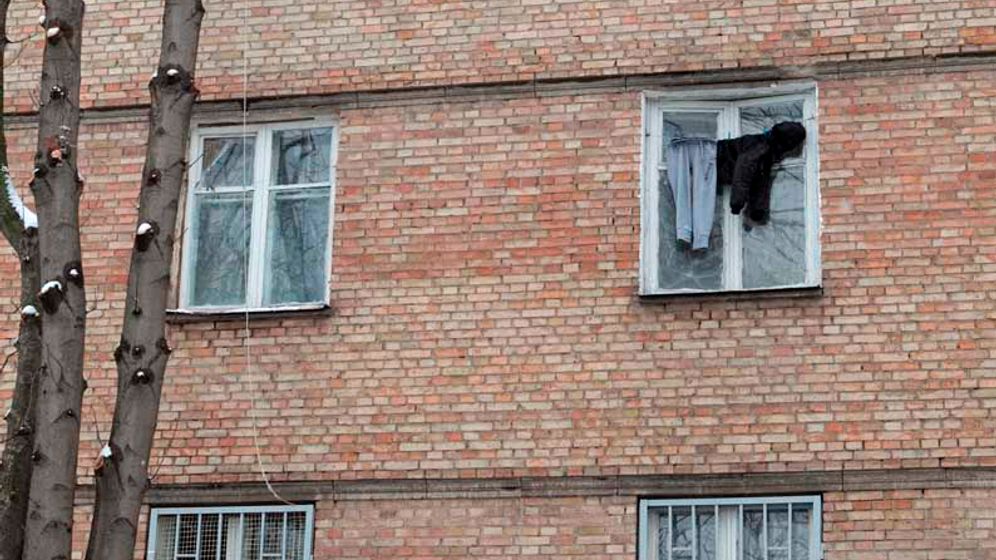 The upcoming European Football championships means that biology student Anna Ivanova, 19, has to pack her suitcase. Her dormitory room, in block number 9 at Taras Shevchenko University, is to be rented out to football fans. The tournament, hosted jointly by Poland and Ukraine, kicks off on June 8. "I don't know where to go during the tournament," Ivanova said.

She isn't the only one. There is a serious shortage of accomadation in the four Ukrainian cities set to host matches during the tournament -- Kiev, Kharkov, Donetsk and Lviv. With crowds of tourists expected, thousands of students must vacate their dormitories as a result. Even worse, they are receiving no compensation nor have they been offered alternative housing. On the contrary: "We have to continue paying our dorm fees," Ivanova says.

The situation is even worse for students at Kiev's National Medical University: They have been asked to refurbish their rooms for the incoming guests -- and they have to shoulder the costs themselves.

The deal does have its beneficiaries, however, including the Hamburg-based travel company TUI AG. TUI booked the dormatories together with the Ukrainian provider Hamalia Tours. "TUI Travel Ukraine has more than 150 contracts to accommodate football fans, including in student dormitories, guest houses and hotels," said Andriy Stavenko, a TUI representative in Ukraine. For fans seeking to rent rooms, TUI has set up a booking agency called the Fan Accommodation Agency (FAA). On its website, the student rooms cost between €50 and €150 ($66-$197) per night.

University authorities are responsible for ensuring that the rooms are vactated in time -- and they also profit from the arrangement. "TUI pays a 20 to 25 percent commission to the universities," said Roman Ponomarenko, head of Ukraine's association of small hotels and apartments. Ponomarenko says that the commissions were directed to the universities via an intermediary company, though he declined to name the company involved. Universities in Kiev did not respond to telephone and written inquiries about the allegations.

Katerina Odarchenko studies political science at the Taras Shevchenko University. In December, the 20-year-old mobilized fellow students and organized a demonstration against the temporary evictions. "Many are shocked and confused," Odarchenko says.

She finds it particularly unfair that the students have to continue paying their dormitory fees of around $16 a month, a significant burden for Ukrainian students who generally have to get by on less than €100 per month. Furthermore, it is nearly impossible for the students to find alternate lodgings. During the tournament, prices for private rooms in the city will soar to some €100 per night with apartments going for at least €250.

The European Championships fall during the semester break, with exams having been brought forward by a month to accomodate the tournament. Still, many students need their dorm rooms "because they have a job or cannot go home for other reasons," said Odarchenko.

Kiev Medical University's residence block seems ideal for soccer fans. The multi-story brick building stands near Mikhailovsky Square, just 20 minutes on foot from the Olympic Stadium. But there is a downside: The building has not been refurbished since the 1960s. Before moving out for the tourists, students have therefore been told to fix up their rooms. "My dormitory management wants us to wallpaper the rooms and paint the window frames," said medical student Sergey Kravchuk, adding that money for the fix-ups has not been made available. TUI, according to the Ukrainian newspaper Delo, has booked the dormitory.

TUI is UEFA's exclusive partner for the European Football Championship and has been charged with providing accomodation with the hoards of fans. UEFA's local organizer, Markiyan Lubkivski, estimates that some 800,000 people will come to the country for the tournament. Ukraine, though, is ill-prepared for such a rush and there is a shortage of affordable hotel rooms. An estimated 12,000 extra rooms are needed in Kiev and Donetsk alone, TUI's Stavenko told the Ukrainian newspaper Izvestia in October.

TUI already booked all three-star hotels in the Ukrainian host cities months ago -- at the cheaper prices available at the time, according to a TUI employee in Kiev. But now many hoteliers are hoping to make a killing. Dozens are seeking to cancel the TUI contracts and offer rooms at inflated prices, says the TUI employee.

The situation is particularly extreme in Kharkov. There, 11 hotels have canceled their contracts with TUI and aim to charge up to €300 a night. That makes the student dormitories particularly attractive. TUI and Hamalia Tours in Kiev have 15 universities under contract, according to the newspaper Delo.

The university dorms, it would seem, are also hoping for a voluntary workforce during the tournament, as evidenced by a bizarre offer made to residents. Those who work for free as a caretaker in the residence halls are allowed to keep their room. "The university administration has presented me with a contract," said Alexander Simonenko, a student at the Kiev-Mohyla Academy. "I am to help out in the dormitory eight hours a day during the European Championship, assisting tourists and carrying boxes." By way of payment, he is allowed to retain his apartment, said Alexander. He has not yet signed the contract.

Konstantin Boiko, another Academy student, has received a similar offer. Boiko is lucky, because he "only" has to work two hours per day for nothing. He has already agreed, because he needs his room.

It is not just students who will assist tourists during the tournament. In Kharkov, professors are also being recruited to work in the dorms as concierges, reports daily Segodnya. Unlike the students, they are to be paid for their work.