More than 120,000 professionals have left Greece since the start of the country's financial crisis in 2010, according to a recent study by the University of Thessaloniki.

Doctors, engineers, IT professionals and scientists have found it increasingly difficult to find work amid deep cuts to funding of health care and other publicly supported sectors.

"The number of young scientists who emmigrate has reached 10 percent of the country's potential, and that's very high," the study's director Lois Lambrianides told the Athens newspaper Ethnos on Tuesday.

Lambrianides, professor of economic geography at the University of Thessaloniki, said that the emmigrating professionals tend to leave for other European countries, settle in big cities and end up working in the private sector. He said half of them have multiple degrees from the world's top 100 universities.

Highest Unemployment in the EU

The study's release followed a spec of good economic news last week when government figures showed hirings in the private sector outpaced layoffs in March. Prime Minister Antonis Samaras said while the economy remains in "critical" condition, the news was a sign of recovery.

Greece has the highest unemployment rate in the European Union, at just over 26 percent. Its economy is in its sixth consecutive year of negative growth, partially the function of deep austerity measures that have been demanded by the country's main lenders.

The so-called "troika," comprising the EU, the International Monetary Fund and the European Central Bank, began a new round of talks in Athens last week to evaluate Greece's progress in reforming its economy and reducing its deficit. The lenders are demanding 150,000 fewer public sector jobs in Greece by 2015.

The leader of the junior coalition Socialist party, Evangelos Venizelos, said Tuesday after a meeting with the troika that the reform of the bloated public sector in Greece was a "test of our credibility."

"We should not be afraid of reform," he added. "We need it." 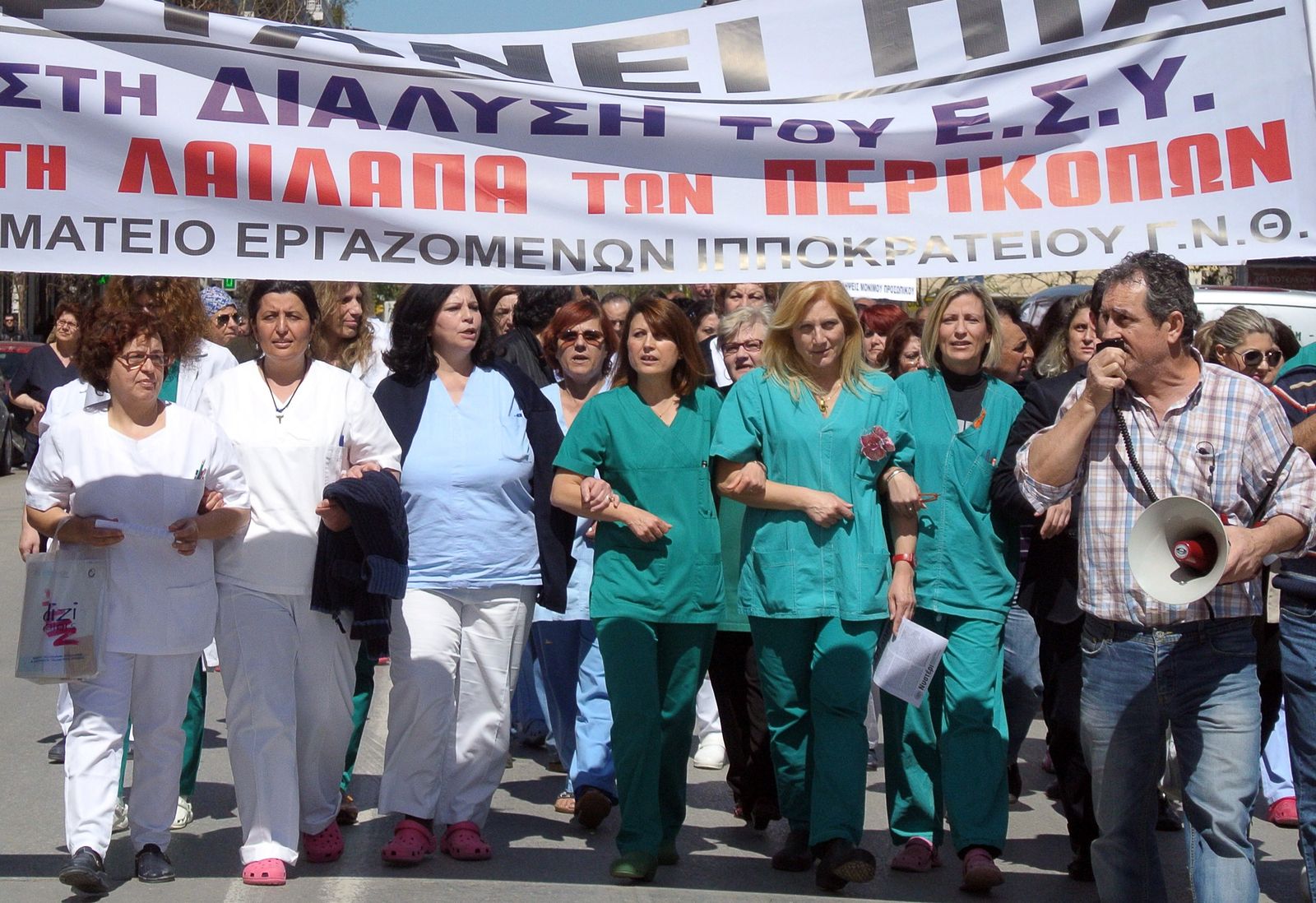 State hospital nurses protesting in Thessaloniki. Many have left the country looking for work elsewhere.