The European Commission said on Tuesday it was launching legal action against Hungary for violating EU laws with new legislation that curbs the independence of the national central bank, the data protection agency and the judiciary.

Legal proceedings against a member state's laws are rare in the EU, and the Commission's move reflects mounting international concern at the authoritarian policies of the right-wing government of Prime Minister Viktor Orbán, and could delay negotiations on an international aid package for Hungary.

"We had hoped that Hungary would have made the necessary changes. This has not been the case so far," said Commission President Jose Manuel Barroso.

Hungary has introduced legislation permitting a cabinet minister to participate in meetings of the central bank's monetary council, requiring the council to send the government the agenda of its meetings in advance, and forcing the central bank governor and council members to take an oath of loyalty to the country.

The government has also lowered the retirement age of judges to 62 from 70, in addition to making other changes to the organization of courts. The move has raised suspicions that the government wants to get rid of troublesome judges and state prosecutors.

The Commission also said Hungary had breached its rules on the independence of data protection agencies by creating a new National Agency for Data Protection and introducing legislation permitting the government to dismiss the data supervisor.

The laws came into force at the start of 2012 under Hungary's new constitution.

"For the Commission, the Hungarian legislation conflicts with EU law by putting into question the independence of the country's central bank and data protection authorities and by the measures affecting its judiciary," the Commission said in a statement.

Orban has signalled he is ready to make concessions on the legislation regarding central bank independence. But he has remained uncompromising on the judicial changes and the new data protection rules.

The launch of what the Commission called "accelerated infringement proceedings" means Hungary must amend the laws in question or be taken before the European Court of Justice.

The dispute is delaying talks about an international aid package for highly-indebted Hungary, which faces a possible market crisis because its economy is stagnating and investors are losing faith in its stability.

Aid talks broke down because the International Monetary Fund said Hungary needs the EU's blessing before aid talks can start. Hungary issued new debt at yields above 9 percent last week, a rate analysts say is unsustainable. Zolton Torok at Austrian bank Raiffeisen said Hungary needed an aid agreement in the long term because it would not be able to afford paying such interest rates for much longer.

"In the short term, the government could probably continue to repay debt, but this is the short term, half a year, or a year, give or take," Torok told Reuters. "It can't afford to go it alone for the long haul."

EU Justice Commissioner Viviane Reding said in a statement: "I have already raised serious legal concerns regarding potential violations of the independence of Hungary's judiciary and the Hungarian data protection authority when I first saw drafts of laws in early December. 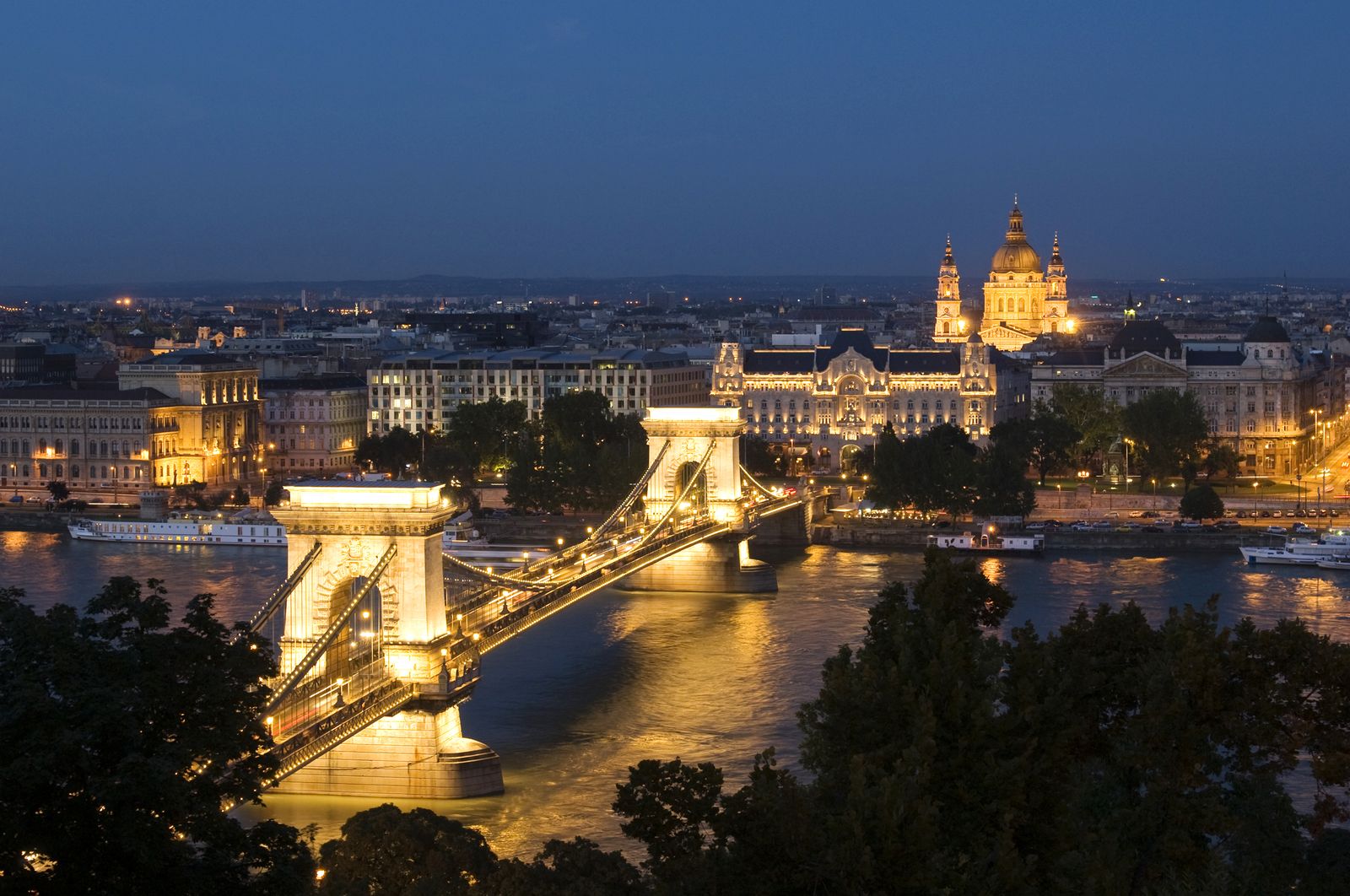 The Hungarian capital of Budapest: The EU has taken legal action against the right-wing government of Prime Minister Viktor Orban.