It was November 2007 in Texas and the German chancellor was invited to George W. Bush's ranch in Crawford. Only a select few world leaders had been granted such an honor. Even Merkel's husband Joachim Sauer, casually dressed in jeans, accompanied her for the visit to the then-US president, a rarity for a man who seldom accompanies the chancellor on her trips abroad. Merkel, her husband and the Bushes smiled under the Texas sun.

Prior to the visit, though, US diplomats had coolly assembled a cost-benefit analysis. "Merkel is competing with a more dynamic French President (Nicolas) Sarkozy for attention on the international stage," reads a cable from the US Embassy in Berlin. Sarkozy's visit to Washington and his speech before Congress a couple days previous certainly hadn't escaped the German chancellor's notice, the cable notes. A visit to the ranch afforded an opportunity for the German leader to present herself as Europe's most important politician.

One could, however, exact a price for the visit, the memo suggested. Bush could demand progress on certain key issues in return -- on Germany's involvement in Afghanistan, for example.

Pressure, requests, playing various parties off each other -- the memo concerning Merkel's ranch visit offers insight into America's handling of Europe. The continent, which would so dearly love to retain its role as Washington's most important ally, is no longer taken so seriously by those responsible for US foreign policy. European leaders are seen as political dwarves, not least because they let themselves be played off against one another so easily.

Nicolas Sarkozy is considered especially susceptible to influence. A memo from the US Embassy in Paris prior to the status-conscious French president's first official visit to Washington in 2007 reads, "'Sarkozy the American' is a well-known epithet long applied to France's new president.... The US was the only other country Sarkozy mentioned by name in his victory statement." When Barack Obama, then a presidential candidate, traveled to Paris in July 2008, another dispatch notes, Sarkozy hastily rearranged his schedule just to be able to hold a press conference with Obama. He "is hoping for intense and regular contact with President Obama," the dispatch reads.

A document from the US Embassy in Great Britain expresses similar sentiments about then-Prime Minister Gordon Brown -- a document created shortly after Brown took office. The dispatch noted that the new prime minister didn't want to be seen as Bush's "poodle," as his predecessor Tony Blair had been. Here too, though, the conclusion was that, "he wants -- and knows that Britain needs -- a strong relationship with the US administration."

Everyone wants something from Washington, it would seem -- and the US looks down on the Europeans as a result. The administration of Bush's successor Obama thus feels confident about ignoring European wishes or playing politicians off against one another. "Officials in Washington know better than anyone how European leaders compete for an audience with the president or secretary of state," says British historian Timothy Garton Ash of Oxford University. "The silly game is the same."

Obama himself considers the game especially absurd. Raised partly in Indonesia and with no personal ties to Europe, the president pays little attention to trans-Atlantic sensibilities. Instead, he looks to Asia and speaks of a "Pacific century."

During a 2009 visit to Europe, the American president chose to spend a quiet evening in the company of friends, rather than publicly celebrating trans-Atlantic unity with Sarkozy and his wife Carla Bruni. The French president was less than thrilled. For his visit with Gordon Brown, Obama had a DVD collection of old movies on hand as a present for his host. But the president had difficulty using the term "special relationship" to describe the bond between London and Washington.

The diplomatic memos now reveal just how coolly Obama's diplomats toy with European vanities -- at a time when many in Europe had succumbed to Obama-mania. A photo opportunity with the most powerful man in the world was a political jackpot.

American diplomats, for example, had the following to say about Spanish Prime Minister José Luis Rodríguez Zapatero and his ministers: "For domestic political reasons, they intensely want a US-EU summit, and the lack of a Presidential visit would be seen as a major failure of Zapatero." The desire for an Obama visit on the part of the prime minister could be used to serve America's own interests, the memo further analyzed -- by requiring Spain to provide concrete help with Afghanistan, Iran or Guantanamo in exchange for Obama's attendance at the summit, for example.

Zapatero had, as it happens, already sent additional soldiers to Afghanistan during his first term in office and his country had also agreed to accept five prisoners from Guantanamo.

But it wasn't enough. Shortly before the summit, as European leaders were quarrelling over seating arrangements at the dinner with Obama, the president abruptly cancelled his participation, citing his busy schedule. One can do such things with the Europeans. The US news magazine Time had only recently run a cover story called "The Incredible Shrinking Europe."

The financial crisis and the problems with the euro only strengthened US skepticism. Europe's uncoordinated response to the debt crisis served to prove the US belief that Europe lacked a leader. The complaint from former US Secretary of State Henry Kissinger that Europe lacked a telephone number, the dispatches make clear, is as applicable as ever.

One diplomatic memo, dated December 2009, attempted to make sense of the "troika," the collection of leaders that represents the European Union in foreign affairs. "At present  the EU has four distinct parties in the room: the Presidency country (Sweden), the incoming Presidency (Spain), the Commission and the Council Secretariat. Under the Lisbon Treaty, troika attendance is expected to be consolidated under the delegated chair of the High Representative for Foreign Affairs and Security Policy ... Catherine Ashton," the memo reads. Any questions?

As for Ashton, a politician supposedly empowered to represent the EU in talks with the US, the American foreign policy establishment holds no illusions: "The deal appears to have been reached after British Prime Minister Brown realized he could not maintain Tony Blair's candidacy for the President's job." In other words, the Americans see the EU's top diplomat as a candidate born of internal intrigue.

Ashton aside, the US doesn't see a clear leader in Europe.

The only thing that can help this situation is European humility. British foreign minister, William Hague, has said: "The world has changed and if we do not change with it, Britain's role is set to decline." The new coalition in London now avoids using the term "special relationship." 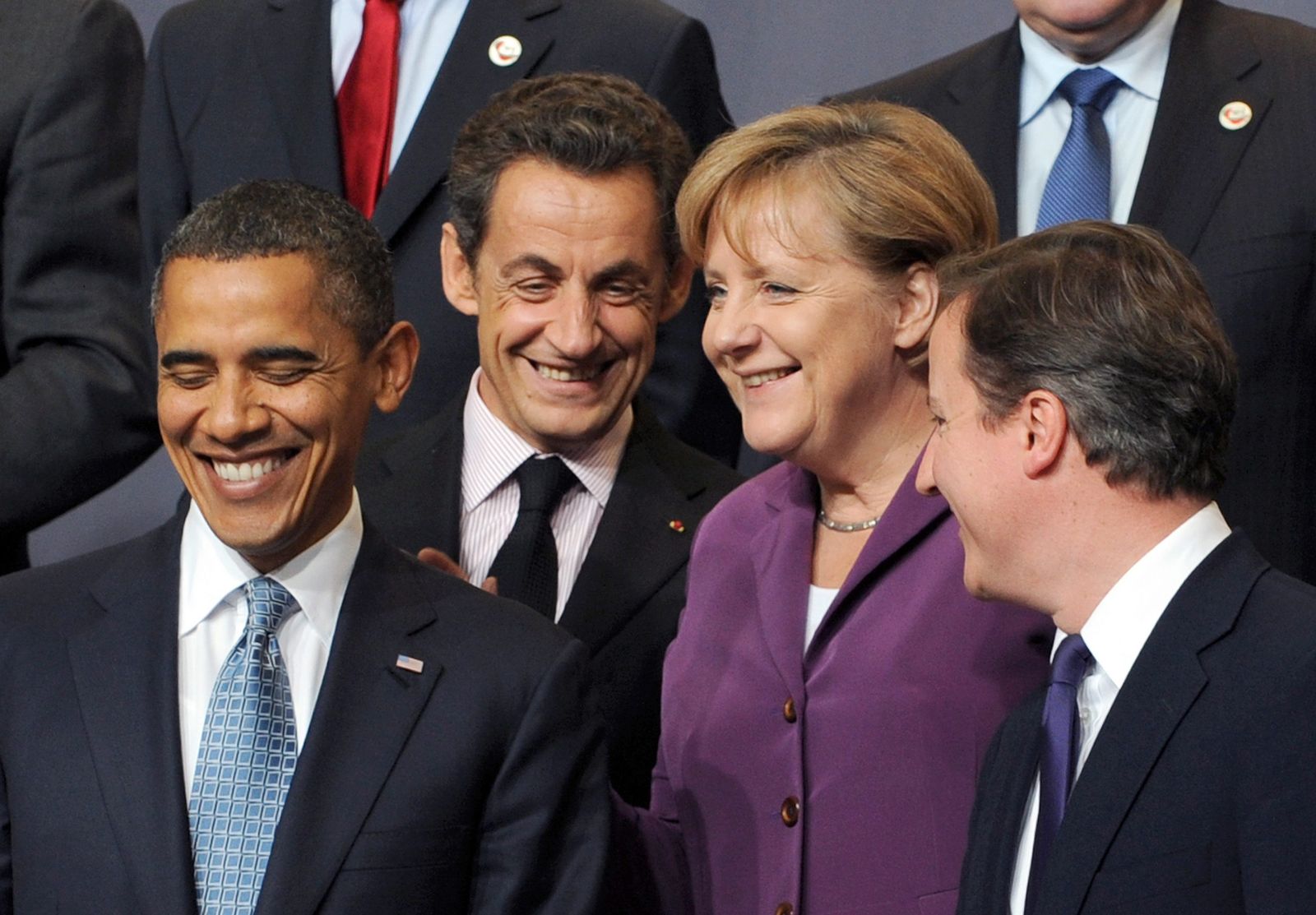 Everyone in Europe, it would seem, wants to be friends with US President Barack Obama.