After years of intense competition, Airbus parent company EADS abandoned its bid on Monday for a lucrative US Air Force contract to build 179 refuelling jets at a value of $35 billion. German media had described it as the "deal of the century" for the European aerospace and defense giant. The bidding process had put Airbus in head-to-head competition against US airplane-maker Boeing.

But on Monday, EADS' United States-based partner on the project, Northrop Grumman, withdrew its bid, saying the call for bids had been so tightly tailored that Boeing was the only company that could possibly land the contract. Airbus CEO Thomas Enders has accused the US government of "prejudice."

The news didn't come as a total surprise. Three months ago, Northrop Grumman threatened to abandon the bid, saying the company wasn't being treated fairly. Officials said Boeing had been given access to Airbus' pricing offer and was able to adjust its own accordingly. Northrop-Grumman and Airbus originally won the order for the jets in 2008, but under protest from Boeing, the bid was overturned. The Pentagon, backing government auditors who claimed errors had been made in the original bid, called for a new bidding process.

"The current contract is clearly tailored to the competition's smaller and less capable aircraft," EADS' Enders said, according to German news agency DPA. "The bottom line is obvious: This process is no longer about the best tanker plane or fair competition." In 2009, US Defense Secretary Robert Gates said he could only live with a Boeing offer.

'No Chance to Win'

Northrop Grumman officials were convinced that "we have no chance to win in the current environment, no matter how good our bid is," Enders said. He noted that the US Air Force was also aware that Airbus' tanker planes have won against Boeing "in all five international bidding processes in recent years."

"I will leave any political assessments to others," Enders said, but "it is clear to me that under the current conditions it is not sensible for us to participate." He said the real loser would be the US Air Force because it will have to accept "the second-best solution."

The US Air Force must replace 534 tanker and cargo aircraft in deals expected to total $100 billion in the coming years. The first contract is a $12 billion deal for 68 aircraft. A second contract, with no date specified yet, will be for 111 aircraft. EADS' KC-45 tanker aircraft is an adapted wide body Airbus A330. With the exception of the Pentagon deal, Airbus has won every international bidding process that pitted the KC-45 against Boeing's KC-767, which is based on the old 767 jet -- an aircraft that has been pushed out of the market by intense competition from Airbus.

After losing out to Airbus in the initial bidding process, Boeing redesigned the KC-767. The "new generation" KC-767 has modern cockpit displays similar to those in the new Dreamliner 787, but it also has the 767's narrower body. Boeing pitched its KC-767 stating that it could already guarantee production at whatever levels the Air Force desired. The company also said the aircraft would use 24 percent less fuel than the larger and heavier Airbus tanker.

So far, Boeing has only sold KC-767 models to Japan and Italy, and production is handled in each of those countries. In other countries where Boeing competed with Airbus for similar contracts -- Australia, Great Britain, Saudi Arabia, the United Arab Emirates and in 2008 in the US -- the European company has had an edge over its American rival. But when the Pentagon launched a new bidding process in 2009, Airbus and Northrup Grumman both complained that the US government appeared to be showing a preference for Boeing.

If it had scored the contract, EADS had planned to build a factory in the United States in which the A330 cargo jet also would have been assembled. Northrop-Grumman was expected to deliver the military components. Northrop had promoted its bid by arguing that the project would have created 48,000 jobs in the US -- more than Boeing would have created if the contract was awarded for the KC-767. Northrup-Grumman even suggested the possibility of splitting the contract with Boeing, 60-40, to make its bid more appealing.

Boeing now plans to present its bid by May 10, and it is expected that the contract will be awarded in September. A number of American politicians have been highly critical of the bidding process. Alabama Governor Bob Riley said Monday the bidding process had been a "farce," adding that Northrop Grumman didn't have a chance of fair competition. If the company had secured the contract it would have created thousands of jobs in Alabama.

But Democratic Congressman Norm Dicks from the state of Washington, home to the lion's share of Boeing's manufacturing jobs, said he was pleased that EADS as a foreign company had not clinched the deal. "I think it's good that this thing (will) be built in the US by a US company we can count on," Dicks said.

'EADS Will Remain Active in the US'

According to a report in the Financial Times Deutschland newspaper, four European leaders sent a letter to US President Barack Obama in December pleading for fair competition in the tanker bid. But the "president didn't even feel it necessary to provide an answer," a source with knowledge of the letter told the newspaper. "That has never happened in the history of NATO, and the message is that this US administration isn't interested in open and fair cooperation in defense procurement," the insider said.

With its planned tanker factory, EADS had hoped to reduce its dependency on the euro. But, CEO Enders said, "EADS will remain active in the US." He pointed out the recent delivery of the 100th EADS helicopter to the US Army and also to the Airbus Engineering Center in Mobile, Alabama. 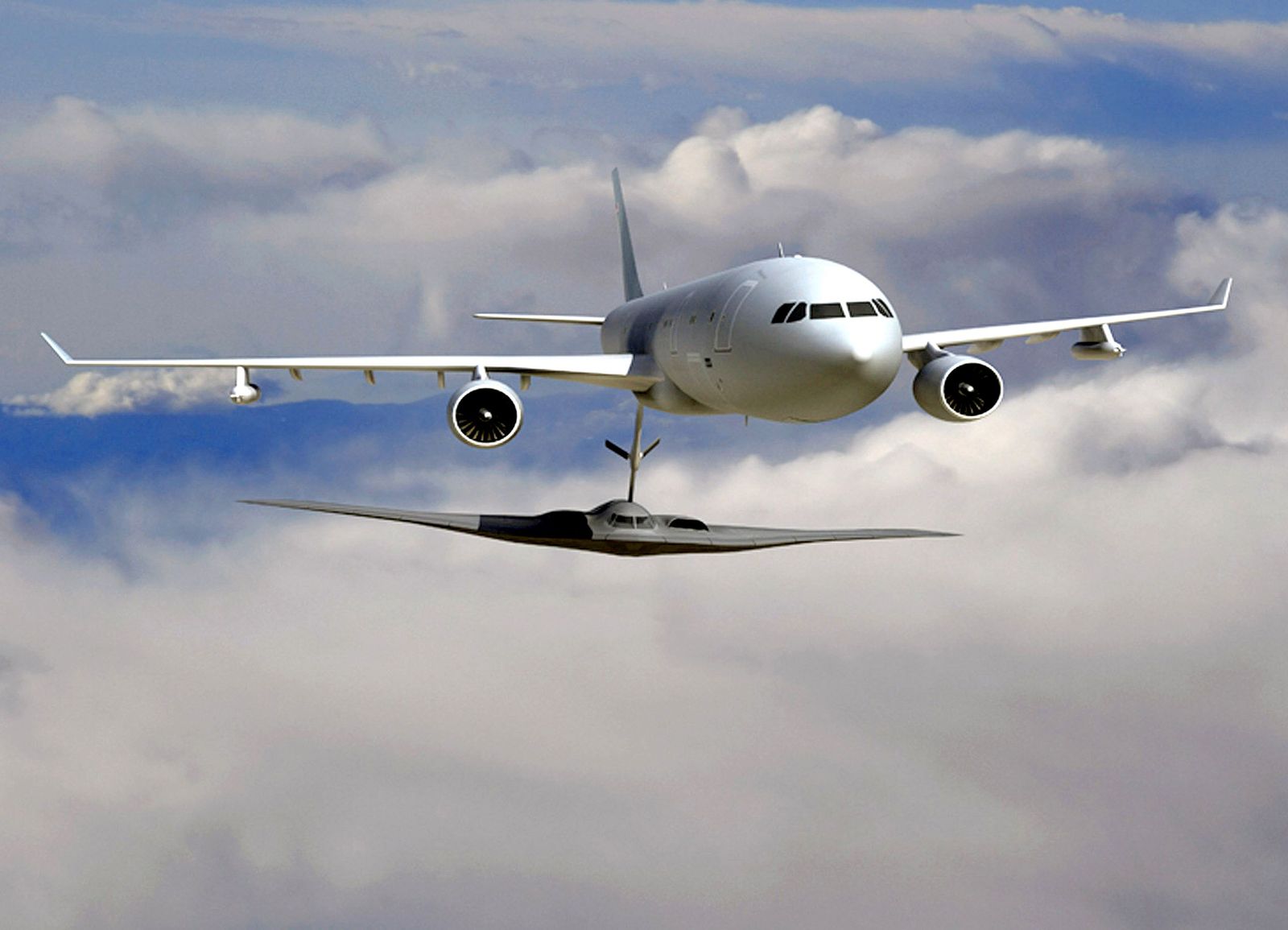