The dynamics of the euro crisis have firmly pitted Germany against Greece. Protests are erupting in the streets of Athens against a German-led coalition of European countries forcing austerity measures in return for bailout money. As long as the bailout politics play out, the tourism industry suffers. Images in Greek newspapers of German Chancellor Angela Merkel wearing a Nazi uniform are hardly endearing German travelers to the normally popular vacation destination.

Greece's tourism ministry, however, cannot afford to play politics. Tourism accounts for one-fifth of the country's gross domestic product and jobs. Germans, on the other hand, top international travel spending worldwide, and will increase travel spending 4 percent in 2012 to a record €62 billion, according to Commerzbank economist Jutta Kayser-Tilosen. This wanderlust makes German travelers a significant target for countries looking to lure global travel dollars. "Germans are known for their outbound tourism," said Clemens Recker of the Arab-German Chamber of Commerce.

At this year's ITB Berlin, a travel trade show, Greece is particularly keen to change the perception that it is unfriendly to Germans. It filled almost an entire hall with white sheets, Aegean blue posters and friendly ambassadors for the country's myriad sights, especially those outside of the conflict-ridden Athens.

"We want to make sure that whatever bad sentiments there are between the two countries is reversed in the long term," said Pavlos Geroulanos, Greece's Minister of Culture and Tourism amid a white-draped display. What one sees on the news "does not reflect general sentiment among Greeks," insists Geroulanos. "The Greeks are very good to the Germans."

Overall visitor arrivals and tourism revenue were up 10 percent in Greece in 2011, but a dip in early seasonal bookings for 2012 is causing concern. "The Greeks are wringing their hands in despair waiting for holidaymakers," said TUI Germany Chief Executive Volker Boettcher, a day before the trade show started.

"This is a crucial year for us," said Geroulanos. "The best way to help Greece is not with handouts, but by tourism. That makes sure whatever packages are given are working better."

The Arab Spring meanwhile caused a shift in the tourism paradigm across North Africa and the Middle East, said Recker at the Arab-German Chamber of Commerce, which hosted an all-day event addressing the split. Visitors who once went to Egypt and Tunisia are now flocking to Qatar, Morocco and other Gulf countries unaffected by popular protests. The pro-democracy movements cost the region about $7 billion, according to the Arab Tourism Organization, but certain countries are benefiting at the expense of others.

"It's been good for us," said Abdulla Malalla Al-Bader, Qatar's director of tourism. "We are getting more and more visitors." Arrivals at the country are up 4 percent from 2010. Al-Bader says that Qatar is trying to capitalize on the positive momentum, especially targeting Germans with newspaper ads and major convention displays.

"It would be an understatement to say it was a difficult year," Egyptian tourism minister, Munir Fakhri Abdel-Nur, said to journalists gathered in Berlin ahead of the ITB travel fair. Tourism makes up about one-sixth of GDP and jobs in Egypt, but perceptions of unrest in the country persist. Less than half of Egypt's residents say they feel safe walking alone at night, according to a study by the Abu Dhabi Gallup Center.

"It's a new beginning at the right time after 2011, which was a turning point," said Abdel-Nur. "The road will be long and sometimes bumpy but we are confident." 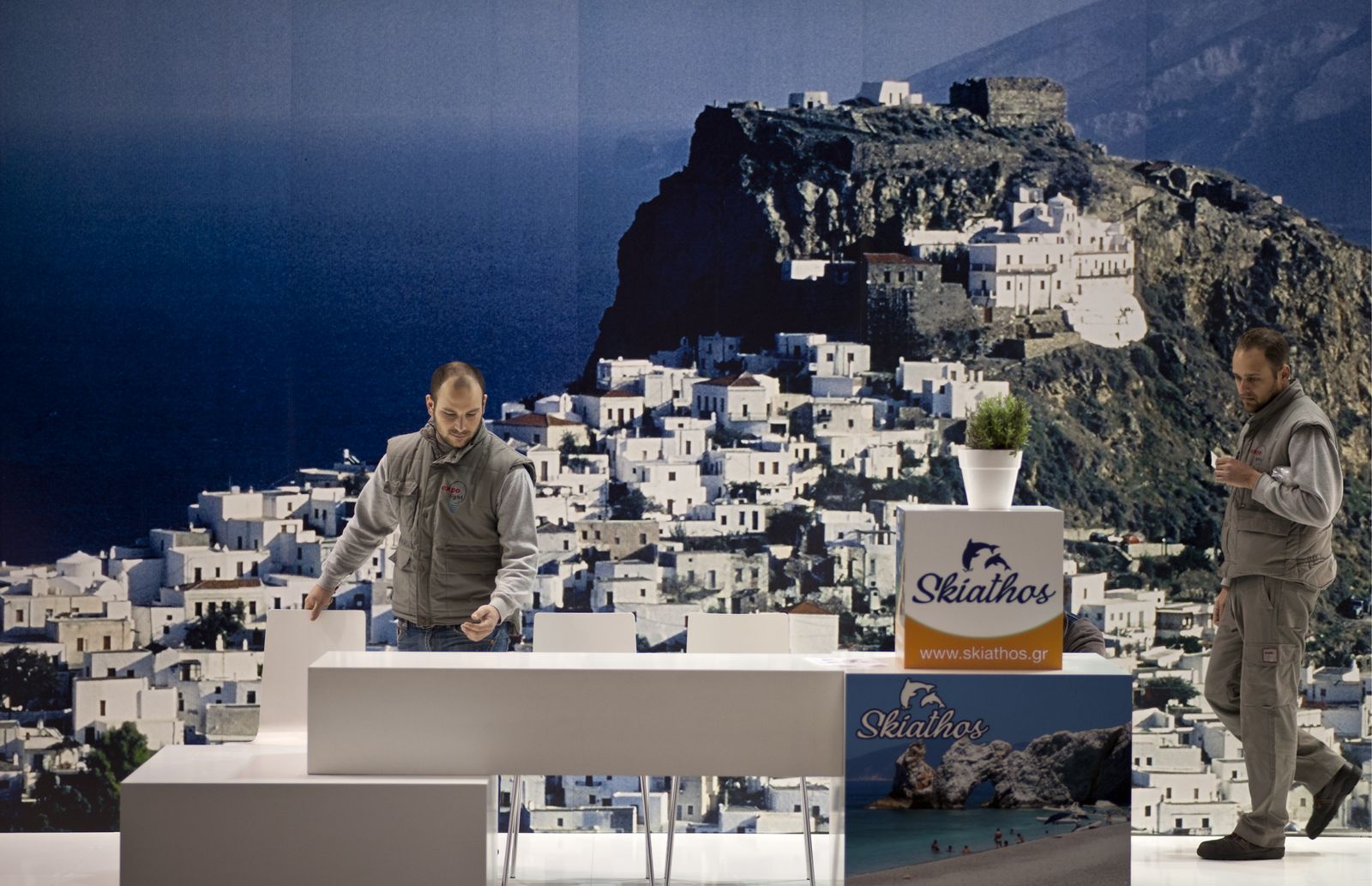 Workers at the ITB Travel Trade Show in Berlin set up the Greece display.