A woman sits at a desk. He face is covered and one can only faintly make out her eyes. A large veil enshrouds her entire body. Residents looking for help approach the unrecognizable woman to ask her questions.

A theoretical situation like this might sound strange, but it's precisely the one that public administrators in Frankfurt are currently having to deal with. A 39-year-old German woman of Moroccan descent has announced she will be completely veiled when she returns from maternity leave to reassume her position in the offices of the city's administration. At this point, nobody knows if it will be a blue full-body veil, known as a burqa, or a black niqub, the face veil that only leaves slits for the eyes.

The move also caught her co-workers at the office, where she has worked for years, completely by surprise. Though she wore a headscarf, she was a model of integration and reliability. According to newspaper reports published earlier this week, at some point, she married a very devout Muslim man. Now she is reportedly demanding a severance package from her employer because it refuses to allow employees to come to work with completely enshrouded bodies.

As the personnel department official responsible for such matters puts it: "Our employees show their faces." He added that the woman would be allowed to wear a headscarf, but that she couldn't show up in a burqa. The state government of Hesse, where Frankfurt is located, has announced a decree forbidding civil servants and other state employees from wearing full-body coverings during working hours. The measure is backed by all of the state's political parties, too. Even the Green Party, who are part of the government coalition in Frankfurt, have announced that, if necessary, the matter will be taken before the country's highest court, the Karlsruhe-based Federal Constitutional Court.

The debate over forbidding full-body concealment has erupted at full strength in Europe. France and Belgium have passed bans on wearing burqas in public, and in the past German politicians have called for similar legislation. Critics of the proposal label it "a merely symbolic debate," claiming that the number of women wearing burqas in Germany is negligible.

Either way, the fact is that a case like the one currently unfolding in Frankfurt has never come to the public's attention. And the question now is: How should Germany deal with burqas in the workplace?

'Just Seeing a Burqa Scares Me'

Representatives of Muslim groups have publicly criticized the move by the Muslim woman in Frankfurt. Nurhan Soykan, the secretary general of the Central Council of Muslims in Germany, says: "We are bothered by the woman's behavior and do not accept it." She adds that, although her organization supports people's right to choose, it still views her move as counterproductive and as one that "breeds considerable distrust of young Muslim women who are courageous enough to wear headscarves when starting new jobs." Still, she doesn't believe there has to be an official ban. "This is about a single case in Frankfurt," she says, "and, in this case, a solution can be found without a ban."

Soykan's views are echoed by Ali Kizilkaya, the head of the (German) Islam Council, who says: "With her demands, this woman is hurting all Muslims." He adds that the majority of Muslims do not share her belief that Islam requires women to be fully covered. "I can sympathize with the view that people in public offices need to see their co-workers' faces," Kizilkaya says.

"We can't allow a woman to work in a city office who has no personality because she is completely veiled," says Serkan Tören, a Turkish-born member of the business-friendly Free Democratic Party (FDP). He argues that doing so would be a violation of social order and of the state's obligation to remain neutral when it comes to religious issues. As far as Tören is concerned, the case in Frankfurt proves that a general ban on covering your entire body in public is necessary so that the private sector also has a clear way of handling the issue. "Then we will have a clear policy," he says, adding his belief that the burqa and niqab represent an affront to human dignity and the equitable treatment of men and women.

Feridun Zaimoglu, a popular Turkish-German author who formerly held a position on a national panel on Islam convened by Germany's Interior Ministry called the Islam Conference, has a similar stance. "To put it briefly," he told SPIEGEL ONLINE, "wearing a burqa in Germany just doesn't work. This kind of opaque cloth tent is an extreme form of masking one's identity. Just seeing a burqa scares me." He says Muslims should eschew veiling their entire bodies because "it's well known that it's viewed as a provocation in Germany." Still, Zaimoglu cautions against making women the target of any criticism in this debate or "calling them foolish." You have to go after the men behind them, he says, the ones who are pressuring them to wear it.

At this point, it's anybody's guess what will come out of the dispute in Frankfurt. The woman at the center of the debate was scheduled to come to work for the first time after her maternal leave on Tuesday, Feb. 1. She didn't show up because -- given all the reporters, cameras and media interest -- her lawyer and city officials decided it would be best for her to stay at home. 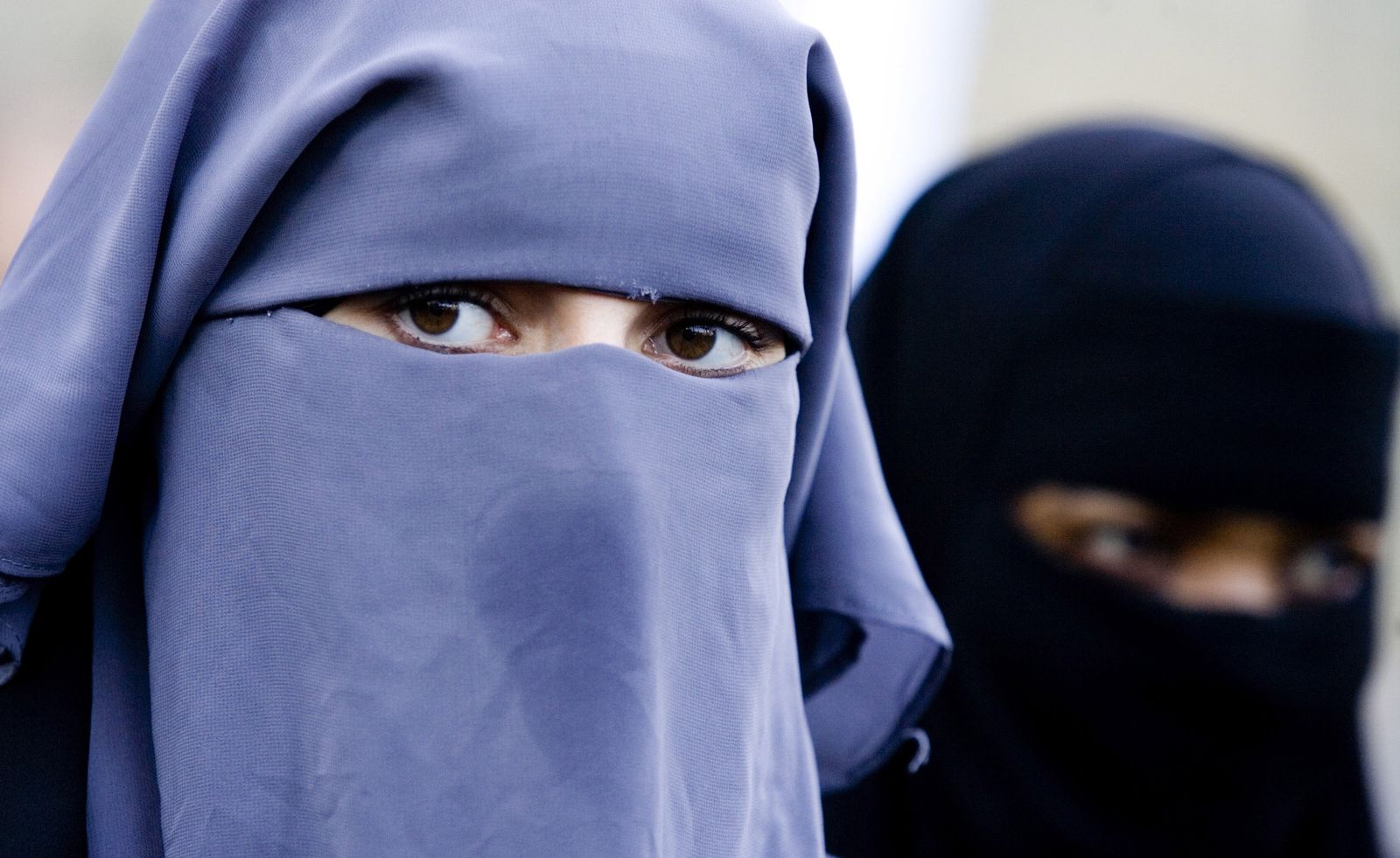 A case in Frankfurt could reignite the debate on wearing burqas and niqabs in public.