The development of a constitutional state in Kosovo is the biggest and most expensive aid mission in the history of the European Union. The so-called EULEX mission, with a staff of roughly 2,500, has cost more than €1 billion ($1.3 billion) since 2008. Nevertheless, a recent report by the European Court of Auditors finds that there have been hardly any successes. It concludes that levels of organized crime and corruption remain high, while the judiciary is inefficient and suffers from too much political influence. A German police officer familiar with conditions in Kosovo for many years confirms the report's findings based on his own experiences in the country. Owing to laws applying to German civil servants, the officer must remain anonymous.

I compare the development of a police force in Kosovo with that of the Obilic power plant near the capital, Pristina. Since NATO drove the Serbs out of Kosovo in 1999, there have been plans to install a filter at the plant, but it still hasn't happened. Instead, the plant continues to spew pollution unabated into the air. It's the same story with the European Union's efforts to establish a clean political system and a functioning legal system in Kosovo.

I've known Kosovo for more than 10 years. In my opinion, we have achieved almost nothing in that time. I'm mostly disappointed with the police. Despite many years of intensive training and equipment meeting European standards, police officers are more interested in doing radar speed checks than in fighting crime. Nabbing speeding motorists doesn't require any movement; you just sit comfortably in your heated police car.

It's my impression that corruption is quite high among Kosovar police officers. I was told that, if you're caught with a stolen car, all you have to do is pay the officer a bribe to take care of the problem.

The major criminals are already out of reach, protected by traditional clan structures and the old-boys' networks within the former Kosovo Liberation Army (KLA), from which many police officers were recruited. They obviously don't want to be seen as whistleblowers, and they're hardly likely to investigate their former commanders, who have struck it rich in the drug trade.

A wall of silence, impenetrable to police officers like us, protects these networks. In reality, we hardly have any idea what's going on here. For example, the city of Ferizaj is considered the biggest hub for the drug trade in the Balkans, and yet we hardly ever seize significant amounts of narcotics there.

'Firmly in the Grip of Organized Crime'

The only thing that's clear is that Kosovo is firmly in the grip of organized crime. You only have to look at the many new gas stations and shopping centers, where there are almost no customers. It isn't too much of a leap of faith to conclude that their main purpose is to launder money. Besides, apartment buildings are being built everywhere, and there are far more luxury cars than in neighboring Macedonia, for example, even though the per capita income in Macedonia is significantly higher.

Only a few weeks ago, the chairmen of both the Pristina municipal government and Kosovo's football federation were arrested. They are accused of promising land in a conservation area to a developer in return for bribes and expensive cars. The only reason the case came to light is that the permits were not issued, and yet the officials still wanted to keep the cars.

The judiciary is also a long way from being fully functional. Many positions are not filled, or they are constantly being refilled. Some judges have apparently been known to refuse to hear certain cases. Colleagues recently told me that a war criminal sentenced to 15 years in prison was seen having lunch with one of the country's top politicians in Pristina.

It's certainly a success to see war-crime charges being brought against a former KLA member. An example is Fatmir Limaj, a popular politician with the governing party and a member of parliament. He was even a cabinet minister for a while. He was accused of being responsible for the torture and death of seven Serbs and a Kosovar while serving as a KLA commander. A key witness, who had been brought to Germany for his protection, committed suicide in (the western city of) Duisburg in September 2011. A court acquitted Limaj in May.

Kosovo is a country in which centuries-old traditions live on, and blood feuds are part of the culture. We Central Europeans have not been able to convince the Kosovars of the benefits of adopting a new legal and value system like the one we have in the West. That's because they see that the old structures remain powerful while government institutions are weak. I fear that the Kosovars will ride us out, just as the Taliban are waiting for Western troops to withdraw from Afghanistan.

Even with all of this, none of those responsible for the EULEX mission is telling Brussels the truth. They just send sugarcoated reports from Kosovo, so-called "okay reportings." Perhaps they have to do so to keep their jobs, so that they can continue working in foreign missions. But it doesn't help Kosovo. 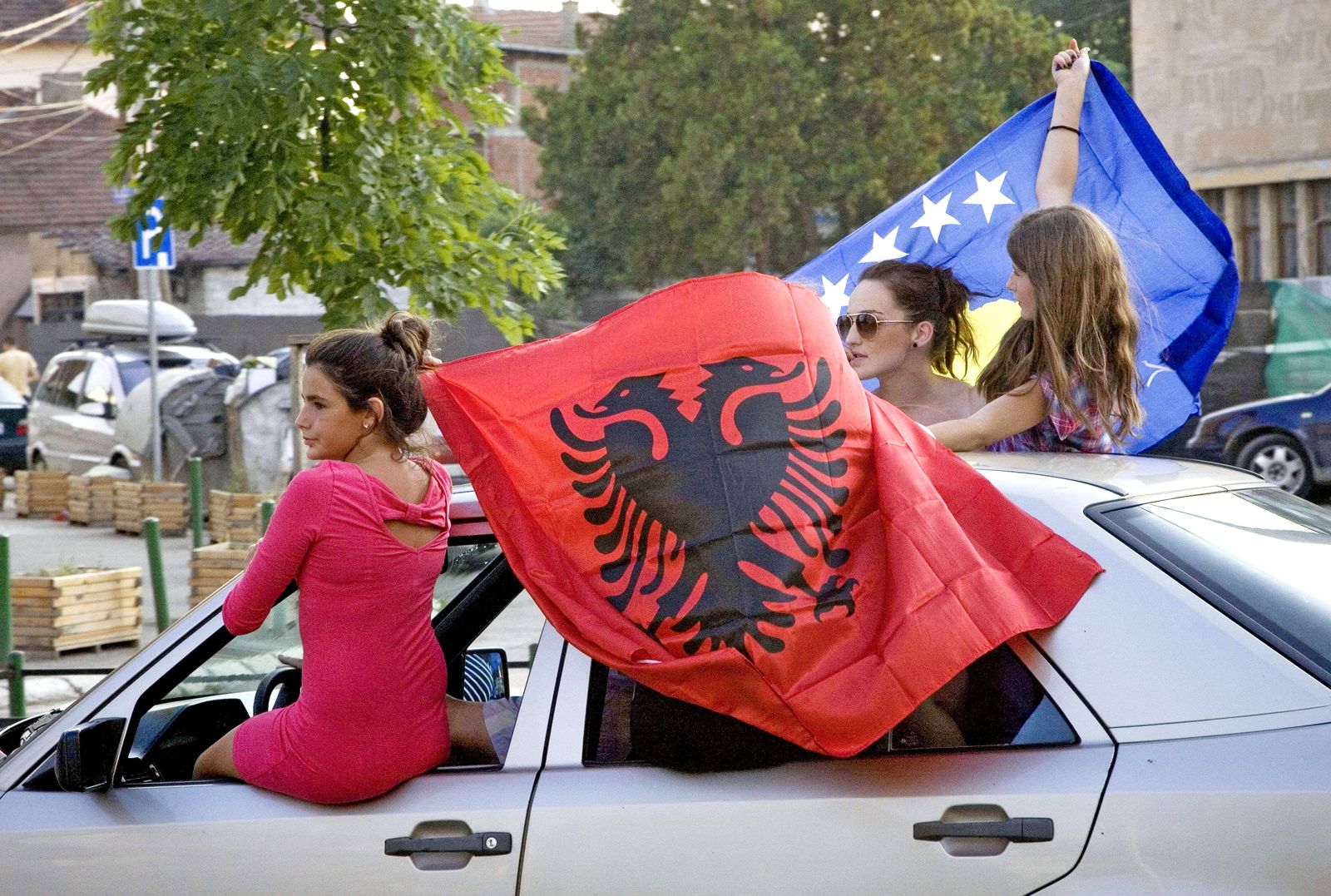 Kosovo Albanians celebrate in the divided town of Mitrovica in 2010 after the International Court of Justice ruled on the legality of Kosovo's independence. Despite EU efforts, the country remains dominated by drugs, clans and corruption.