Some 900 Egyptians have been killed since the military began its crackdown in the country last week, and Europe has yet to come up with a unified response to the escalating violence.

To address the issue, a last-minute meeting has been called for European foreign ministers in Brussels on Wednesday. Taking a position on Cairo will be a difficult balancing act for Europe's top diplomats. While they continue to urge for a political solution to the ongoing turmoil, they risk losing influence with the regime if their stance is too tough.

When German Foreign Minister Guido Westerwelle visited Cairo three weeks ago, he was sobered by his encounters with the hardened political fronts there. Since then, he has described the Egyptian military's intervention in protests as "a defeat for Western diplomacy."

How will Europe react? "No options are being ruled out," European Union envoy Bernardino León told reporters recently. These options range from a weapons embargo to cutting aid programs.

But the EU is unlikely to implement radical measures. For Westerwelle, the challenge is "on the one hand to send a clear political signal against violence to Cairo, while on the other hand maintaining lines of communication and possibilities for influence," diplomatic insiders told SPIEGEL ONLINE.

Shortly before talks were to begin in Brussels, Westerwelle told German broadcaster ZDF that it will be important to "approach the meeting of foreign ministers with realistic expectations."

The EU debate, along with the measures the union has taken thus far, have already irritated officials in Cairo, where an atmosphere of nationalistic pathos prevails. Egyptian Foreign Minister Nabil Fahmy has even called for the country to examine "what aid is being used to pressure Egypt and whether this aid has good intentions and credibility."

The country's economic situation is delicate, though. It's effectively bankrupt, and things are getting more difficult by the day. Few tourists are venturing into Egypt, with the German Foreign Office advising against such trips. Meanwhile, a number of airlines aren't even flying to tourist destinations any longer.

Nevertheless, the government in Cairo exudes self-confidence. Those in power know that even if the EU were to take tough measures, other backers would be waiting in the wings. Saudi Arabia, the United Arab Emirates and Kuwait have promised to compensate for all the losses that would result from a reduction in aid. Saudi King Abdullah pledged last week to aid Egypt in its fight against "terrorism and extremism" and levied a warning "to those who interfered in Egypt's internal affairs that they themselves are fanning the fire of sedition and are promoting the terrorism which they call for fighting."

Aside from a few pointed comments on the subject, EU diplomacy has so far done very little. European Commission President José Manuel Barroso and European Council President Herman Van Rompuy called the developments in Egypt over the weekend "extremely worrying" and said the EU's relationship with the country would have to be reviewed. After speaking by phone, French President François Hollande and German Chancellor Angela Merkel made a statement in which they called on EU foreign ministers to "take stock (of) the cooperation between the European Union and Egypt."

But a clear line is yet to come from the EU. What's currently being discussed is the cancellation of aid money to the country, including a major package of €5 billion ($6.7 billion) in loans and aid that the EU promised last year. German Development Minister Dirk Niebel already slashed an environmental aid package to the tune of €25 million. Germany is also reviewing its development aid policy -- going forward, support will be subject to constitutional criteria.

The Netherlands and Denmark have also cancelled projects. Germany has put its arms exports to Egypt on ice. Italy suggested that the EU halt all weapons deliveries to Cairo, saying that the export of military equipment should be suspended at least during the state of emergency in Egypt.

But all assistance to Egypt cannot be cut off. Government sources say that Berlin is determined not to let the current crisis be carried out on the backs of the most needy. The question then becomes: what aid should continue and what should be cut off? Franziska Brantner, the foreign affairs spokesperson for the Greens in the European Parliament, called for the EU to pressure Egypt's transitional government by cutting off aid to parts of the economy that are closely linked to the military. "It makes sense to freeze aid of this type," Brantner told SPIEGEL ONLINE.

The EU is not expected to make any far-reaching decisions. Diplomatic sources in Brussels say that the foreign ministers are more likely to react with caution. British Foreign Secretary William Hague has already said that the United Kingdom will not "take sides" in the conflict and will instead advocate for dialogue. The conflicts playing out in Egypt and other parts of the Middle East could drag on for decades, he continued, adding: "We have to keep our nerve." 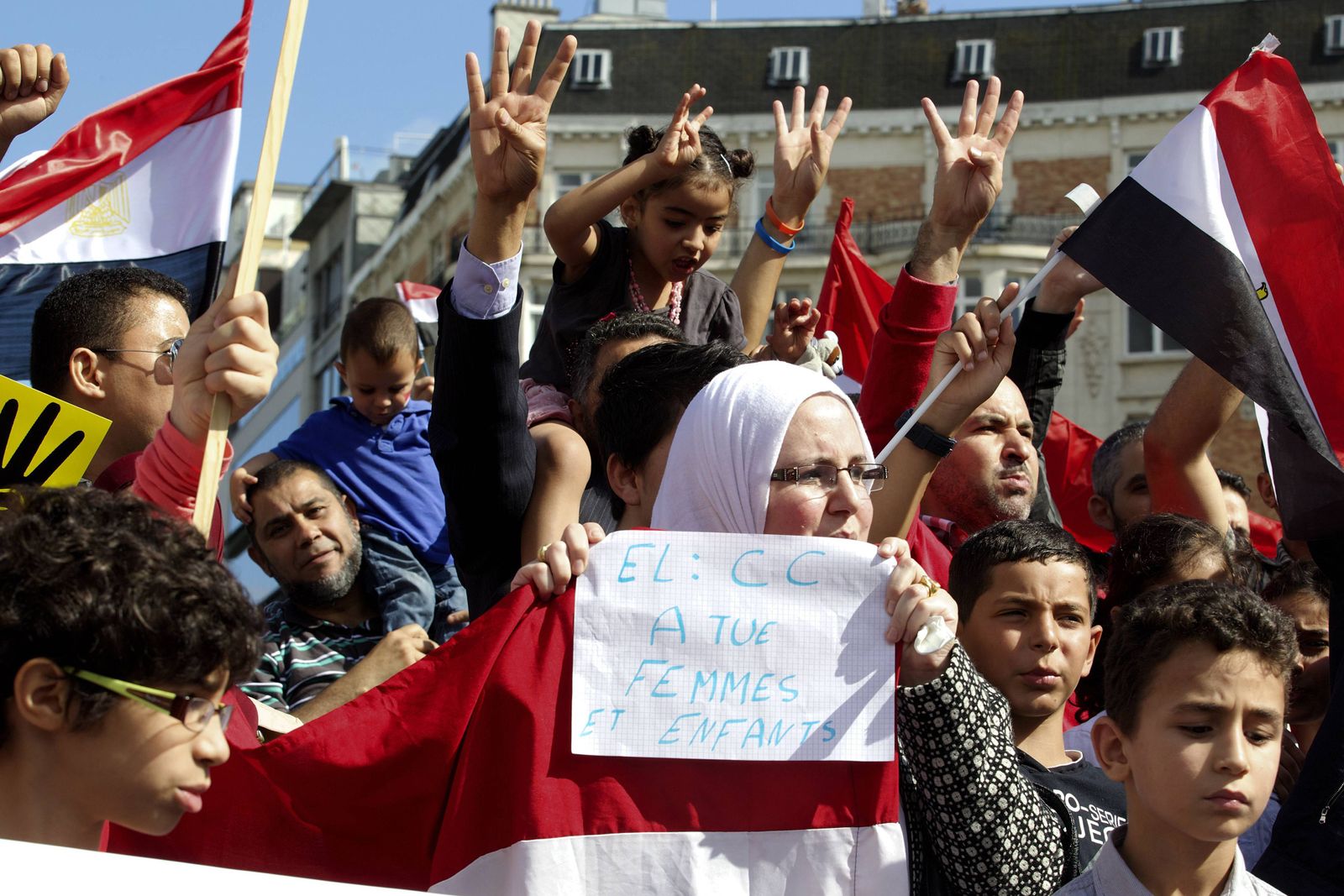