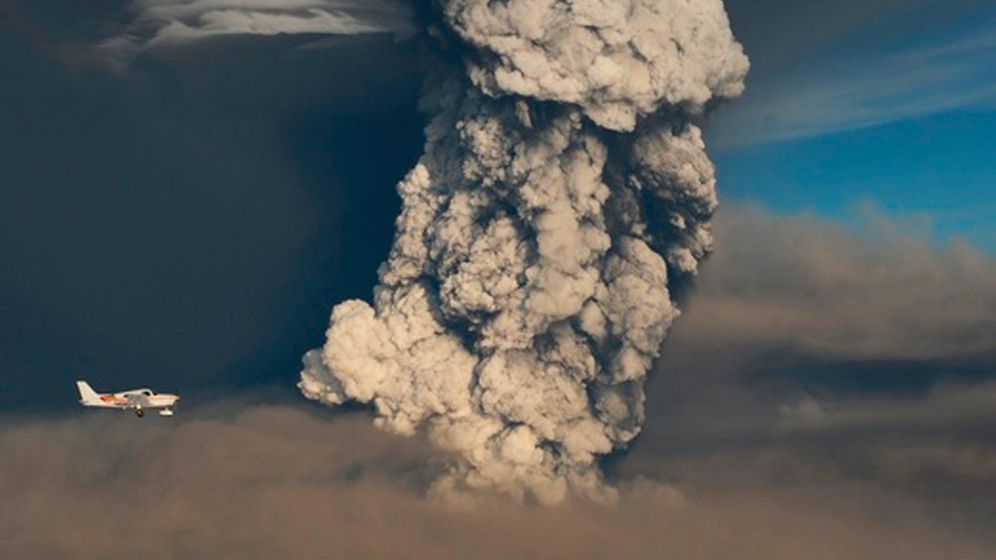 Last year ash from the eruption of an Icelandic volcano crippled European air traffic for almost a month. As another volcano on the island sends ash spewing into European airspace once again, hundreds of flights have already been cancelled in Scotland and Northern Ireland.

The ash cloud from the Icelandic volcano of Grímsvötn is expected to reach northern Germany at around 2 a.m. on Wednesday morning, a spokesman for the German Weather Service said. By 8 a.m. it should have spread to central and eastern Germany and reached a concentration above the critical level of two milligrams of ash per cubic meter in the north, according to official forecasts.

On Monday, German Transport Minister Peter Ramsauer had announced a general ban on flights once the concentration exceeds the two-milligrams level because damage to aircraft, especially aircraft engines, cannot be ruled out when the ash cloud is so dense.

European air traffic authority Eurocontrol estimated the number of flight cancellations on Tuesday at 500. It said Scotland and Northern Ireland were now largely covered by the ash cloud. Thousands of people were stranded at airports there on Tuesday.

Grímsvötn, Iceland's most active volcano, erupted on Saturday, raising fears of a repeat of the massive travel chaos caused a year ago by Eyjafjallajökull when thousands of flights were cancelled, large parts of European airspace were closed for days at a time, and mass disruptions continued for nearly a month.

Budget airline Ryanair questioned the decision by Irish authorities to cancel its flights to and from Edinburgh, Glasgow and Aberdeen. The airline said in a statement: "Ryanair strongly objects to this decision and believes that there is no basis for these flight cancellations and is meeting with the Irish Aviation Authority this morning to have this restriction on Ryanair flights removed as a matter of urgency."

Ryanair said it had operated a one-hour "verification flight" in Scottish airspace on Tuesday morning, taking off from Glasgow, flying to Inverness, on to Aberdeen and down to Edinburgh. "There was no visible volcanic ash cloud or any other presence of volcanic ash and the post flight inspection revealed no evidence of volcanic ash on the airframe, wings or engines," said Ryanair.

The International Air Transport Association (IATA) criticized the British air traffic control authority, saying it was "astonishing and unacceptable" that the British government wasn't conducting its own tests on the cloud's density.

The British National Air Traffic Service (NATS), which controls traffic across Britain's airspace, said it was relying on forecasts by the official meteorological services.

If the eruption continues with the same intensity, the cloud could reach the west of France and the north of Spain in Thursday, Eurocontrol said in a statement.

G-8 Summit in Deauville Could be Affected

Spanish soccer champion FC Barcelona will respond to the possible disruption by flying to London earlier than planned for Saturday's Champion's League final against Manchester United at Wembley Stadium. The club said the team would fly out on Tuesday evening or Wednesday afternoon to avoid any delays caused by the ash plume.

Potential delays could also hamper the G-8 summit in the French northern seaside resort of Deauville in Normandy on Thursday.

The most high-profile victim of the ash cloud so far has been US President Barack Obama, who had to cut short his visit to Ireland and fly to London 10 hours earlier than planned.

"Whilst fully respecting the imperative of safety, Europe is now equipped to respond with a graduated response rather than a one size fits all approach," Kallas told a news conference. "This should avoid blanket closure of our airspace."

"Although we are partly dependent on the weather and the pattern of ash dispersion, we do not at this stage anticipate the widespread airspace closures and the prolonged disruption we saw last year," said Kallas.

A spokeswoman for Kallas added: "There is less wind, the ash particles are thicker and falling to the ground faster, and we have a better crisis management."