When Hans Dieter Pötsch was asked in early 2013 about the tax-shelter schemes used by some multinational corporations, his words seemed to reflect genuine indignation. "For Volkswagen, let me be extremely clear, we have never played such games."

At the time, the public was still unaware of the vast diesel emissions deception being perpetrated by the German automobile manufacturer, a scandal which has come to be known as Dieselgate. As such, Pötsch was able to hold forth, without fear of contradiction, on how important "good citizenship" is for the carmaker. The term is used these days to describe enterprises that adhere to the law, pay their taxes and perhaps even demonstrate social responsibility.

In other words, no tax games. Pötsch, who is now chairman of the supervisory board at VW, was certainly in a position to know. At the time, he was chief financial officer and thus responsible for his company's tax strategy.

In early 2013, though, Pötsch did leave a small detail unmentioned: Since 2012, VW had maintained a holding company and a financing company in Luxembourg, a country known for its business-friendly tax regime. And in the ensuing years, the Wolfsburg-based automobile giant has woven an almost impenetrable web of capital networks and cash flows within Luxembourg worth a total of 17 billion euros.

Pötsch was still the company's CFO in 2014 when VW decided to concentrate a large portion of its international holdings in Luxembourg. That same year, the automobile manufacturer transferred almost two dozen subsidiaries from a Netherlands-based holding company to Volkswagen Finance Luxemburg S.A. (VFL).

Regarding the motivation driving the shift to the Luxembourg model, the "good citizen" VW says today: "The establishment of holding and financing companies in an attractive regulatory location is done primarily for reasons of finance strategy." Taking steps to avoid the multiple taxation of dividends, the company says, "has nothing to do with a tax-shelter scheme." It makes it sound like the company is trying to protect itself from the perniciousness of German tax law.

Volkswagen prides itself on having paid 3 billion euros in taxes in 2016. But it could have been more, particularly in Germany. DER SPIEGEL and the journalism consortium European Investigative Collaborations have analyzed dozens of financial statements and other documents and come to the conclusion that the carmaker, 20 percent of which is owned by the German state of Lower Saxony, took advantage of various benefits associated with owning a holding company in Luxembourg, apparently allowing VW to cut its tax bill by a significant amount.

"When a company, in which the state is a large stakeholder, takes advantage of Luxembourg tax law to optimize its tax bill, it is particularly troublesome," says Sven Giegold, an expert on financial issues for the Green Party in European Parliament.

The debate over the low-tax models made available to multinational corporations by places like Luxembourg was most recently fueled by the particularly aggressive approach taken by the American internet giant Amazon. An initiative by the Organization for Economic Cooperation and Development (OECD) aimed at limiting such practices has thus far had little effect.

In Germany, the issue is likely to crop up in ongoing coalition negotiations, as Chancellor Angela Merkel seeks to assemble a new government following September 24 parliamentary elections. "It is high time that the German government abandons its resistance to public tax transparency for large corporations," Giegold says. His Green Party is one of the parties currently in coalition talks with Merkel's conservatives. So, too, are the business-friendly Free Democrats (FDP), which included a demand in their campaign platform for an EU regulation against tax avoidance strategies that involve shifting profits across international borders.

Volkswagen, too, has established structures in Luxembourg that allow for the shifting of profits. VW taxes the cash flows of proprietary brands such as Skoda, SEAT and Bentley via its Luxembourg-based holding company, in addition to those of numerous subsidiaries in places such as Brazil, Britain, Russia, Japan and Australia. Volkswagen Finance Luxemburg S.A. holds 26 subsidiaries and has a balance sheet total of 14.8 billion euros.

The number of employees, by contrast, is comparatively modest. This Luxembourg-based company empire is managed by just five fulltime staffers. "VW and the German government must answer the question as to why such a Luxembourg holding company is accepted by our tax laws," says Green Party financial expert Giegold. "It's rather cute to recognize a company with five employees as being sufficient to establish a tax home."

VW finds the situation to be completely normal. "The personnel configuration of our companies in Luxembourg is of high quality and adequate for the task at hand," the company said in a statement. In accordance with a verdict from the European Court of Justice, the statement continues, a company doesn't have to hire more staff than absolutely necessary.

The structure works as follows: From 2014 to 2016, VW subsidiaries have transferred 5.8 billion euros to Luxembourg. The holding company there, VFL, declared profits over that time period of 3.5 billion euros but paid only 1.7 million euros in taxes - a tax rate of just 0.05 percent.

Subsidiaries such as SEAT and Skoda, of course, pay corporate taxes in the countries where they are based and only transfer their net profits to Luxembourg. As such, VW declares that it is "economically correct" that VFL pays no taxes on the money transfers. Were the profits to be sent to a Germany based holding company, VW would have to pay an additional 5 percent in corporate and other taxes.

But in recent years, the Luxembourg holding company has only sent a portion of those profits on to VW's Wolfsburg headquarters. At least 3.5 billion euros either remained in Luxembourg or were transferred back to the country - and essentially recycled as loans within the Volkswagen Group - a second source of profit for VFL.

Several finance companies are dependent on the Luxembourg-based holding company. The company Volkswagen International Luxemburg, for example, is supplied by VFL with capital and liquidity and provides a substantial number of loans within the company. International VW subsidiaries in France, Sweden and Portugal pay interest on these loans, which they apparently write off to save on their tax bills at home.

The financing companies, in turn, transfer the interest income to VFL as dividends, on which the holding company pays no tax. Ultimately, the loan and capital relationships within the group lead to lower profits at VW subsidiaries and to a greater share of those profits ending up in Luxembourg.

The structure is particularly lucrative when there is a sudden profit spike, such as in 2016 when Volkswagen sold its 50 percent stake in the leasing company LeasePlan. The sale resulted in 1.75 billion euros landing in the account of the Luxembourg holding company. Similar to the case of the dividends, no tax is owed on capital gains as long as the money remains in Luxembourg. In Germany, by contrast, the total would have to be taxed at a 5 percent rate, which in the case of LeasePlan would have theoretically resulted in a tax bill of around 25 million euros.

Regarding the structures, VW says that having the companies taxed in Luxembourg "is based on legal regulations. Anything else wouldn't be allowed." There are, however, indications that VW is taking advantage of a so-called "tax ruling," a reference to an application of Luxembourg tax law agreed to with the country's tax authority. VW does not deny the possibility.

It's almost impossible to determine exactly how much VW saves on its tax bill by way of the structure, particularly since it's not just VW itself that takes advantage of the benefits offered by Luxembourg. Several subsidiaries, such as Audi, Bugatti, MAN and Scania, also have companies in the tiny country.

And the new era in transportation is also leading the "good citizen" VW to Luxembourg. In 2016, the company founded Volkswagen New Mobility Luxemburg to pool holdings and finance investments in the world of car sharing, electromobility and driverless vehicles. The new holding company has already made its first purchases, even though it still has no staff of its own.

The five employees of Volkswagen Finance Luxemburg S.A. are taking care of management duties for the time being. 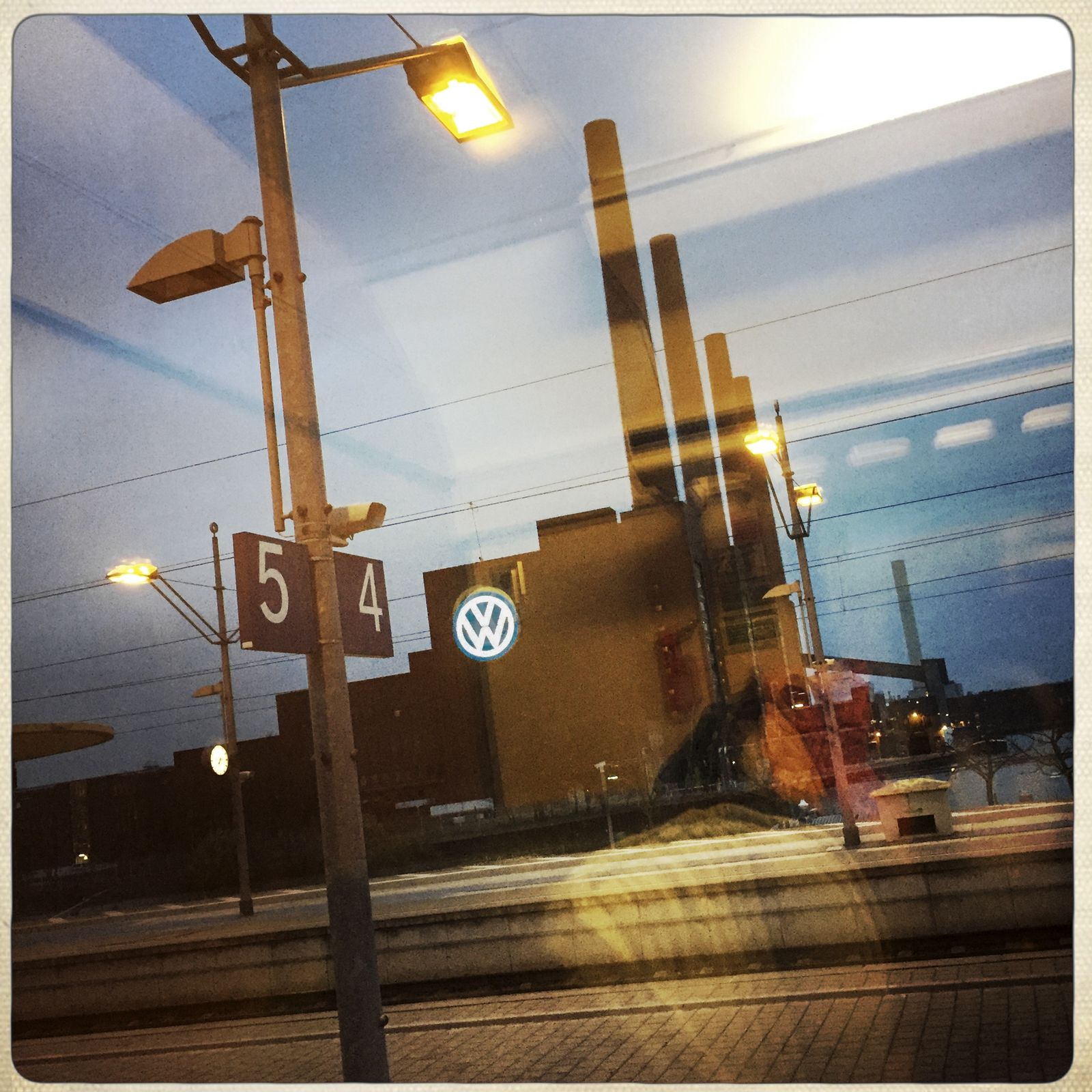 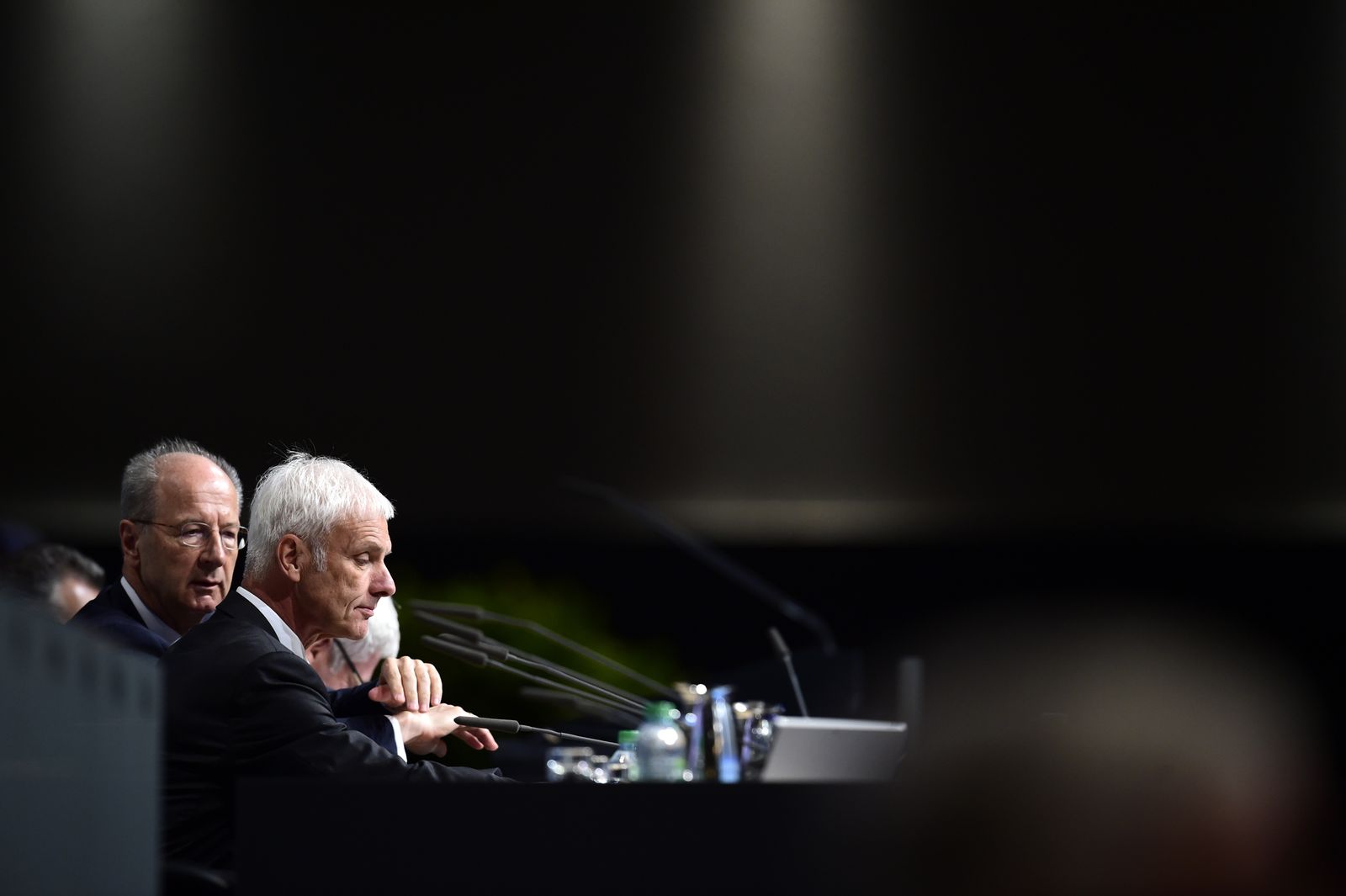