Each year the Inuit population of the Arctic Circle hunt around 800 polar bears. The meat feeds the hunters and their families, while the skin, paws and teeth are shipped off around the world to satisfy the high demand for them as luxury accessories.

It may not sound like much, but many say that the 800 bears lost to the hunt are more than the polar bear population can sustain. With the threat of climate change predicted to wipe out two-thirds of the 25,000 polar bears left in the Arctic by 2050, the hunt is one added strain that could be immediately avoided. This was the argument put forward by the United States earlier this month, and then voted on at the Convention on International Trade in Endangered Species (CITES) in Bangkok.

What may have seemed like an obvious proposal was ultimately scuppered under an opposition led by Canada and Greenland which, on the shaky grounds that "the relationship between sea ice loss and polar bear declines is subject to uncertainty," gathered momentum in the days running up to the vote. Critically, however, there was another factor in its failure that sprung not from evidence or conjecture, but the byzantine workings of the European Union's bloc voting system.

The logic behind the EU vote is simple. By having all 27 member states adopt a common position over a proposal, either by consensus or by qualified majority, the vote can then be cast en-masse on the global stage, dramatically increasing Europe's influence over the proceedings. Given that a two-thirds majority is needed for proposals within CITES to pass, the EU's 27 votes make up a significant chunk of the voting block; in many cases enough for the whole proposal to hinge on.

When Europe is playing the good guy, as it did over the marine species proposals at the CITES summit in Bangkok last week, the bloc vote gives it strength enough to outweigh the self-interested opposition of other countries, and it can act as a genuine force for good. But as soon as the interests at stake are those of an EU member state, the agreement gets shaky and the rules ambiguous.

This was what happened over the polar bear proposal. Within the EU, a clear majority of member states, including the United Kingdom, Belgium, Germany, the Netherlands and more, supported the ban. Denmark, arguing for the right of its satellite state Greenland to hunt the bears, led the opposition in Europe alone.

Yet the European Commission dropped the vote and proposed its own compromise -- that the ban would not include the trade in polar bear skins, the body part that makes up the vast bulk of the trade. The compromise failed to gain the necessary support, so the commission withdrew it and requested that all member states abstain from voting on the proposal at all. All agreed, with the exception of Denmark, which went ahead to cast its vote against the ban.

On its own, the loss of 26 votes in favor the proposal -- the vast majority of which would have been for it -- constitutes a major loss of support for the polar bear. But there are other factors as well. The way the EU votes has a huge influence over other countries, both those reliant on its trade links and those looking to gain accession to the EU. All together, explains Marton Kelemen of CEEweb, a network of environmental NGOs spanning 20 countries, "the might of the EU's influence against the polar bear proposal extends far beyond Europe, but in no way signifies the opinion of the people it's meant to represent."

How is it then, that the interests of 55,000 Greenlanders can hold the whole EU vote hostage, and through that play such a large role in dictating the outcome of a vote that spans the whole world?

Chris Butler-Stroud, CEO of Whale and Dolphin Conservation, puts it down to the exploitation of ambiguities in the EU voting practice created by the Lisbon Treaty. "They rushed Lisbon through," he says. "Until then, the member states would talk as a whole but vote individually. But Lisbon demanded a focus on sincere cooperation, which has been interpreted as that you've always got to come up with a common position."

Meanwhile, the question of what constitutes a common position is open to interpretation. On environmental issues, a qualified majority vote of 73 percent (calculated under a system that assigns each country a number of votes according partly to their population size) is enough to decide the bloc vote. But on trade, the European Commission retains the right to conclude international agreements, meaning that whatever the voting majority chooses, the commission can overthrow it and issue its own proposal. CITES, a convention about the impact of trade on the environment, of course covers both areas. In this case, it was the commission's decision to call for an abstention, rather than the ability to form a qualified majority, that contributed to failure to pass the ban.

On being asked which category the CITES vote fell into, a representative of the European Commission replied, "well, both," before going on to state that he believed it was covered under the stipulations of the trade agreement.

The reality, it seems, is that the category used depends on the issue at stake. "This ambiguity is being used opportunistically, to establish new power bases and further exercize the authority of the commission itself," said Butler-Stroud. "The confusion in interpretation allows for the majority vote to be effectively ignored."

Peter Pueschel, director of the International Fund for Animal Welfare (IFAW), agrees that it was the political interests of the European Commission, not its member states, which pushed the EU vote into abstention over the polar bear issue. "The commission was under pressure from Canada and the Arctic states not to support the proposal. With the wealth of resources newly available in the Arctic, the European Commission is dependent on good relations with the Arctic states, and for this reason was keen not to appear as hostile. This, in my view, is what broke the back of the polar bear proposal."

But the polar bear isn't alone in paying the price for the EU's misrepresentation of its member states. In recent years, proposals to regulate the trade of both the highly endangered blue fin tuna and North Atlantic whales have been thrown out after a blocking minority forced the EU bloc to abstain from voting.

Officials at the environmental law group ClientEarth have been challenging the legality of the voting practice since 2010. They claim that "any pressure put on the member states to abstain from voting simply because a minority of states does not agree, has no basis in EU law." To have their case heard, however, they must go through the long and protracted legal process of getting access for an NGO to the European Court of Justice, the EU's top court, a process that is still ongoing.

Until that time, this backdoor hijacking of European democracy on environmental issues will continue, and the polar bear threatens to be only the latest, but not the last, casualty. 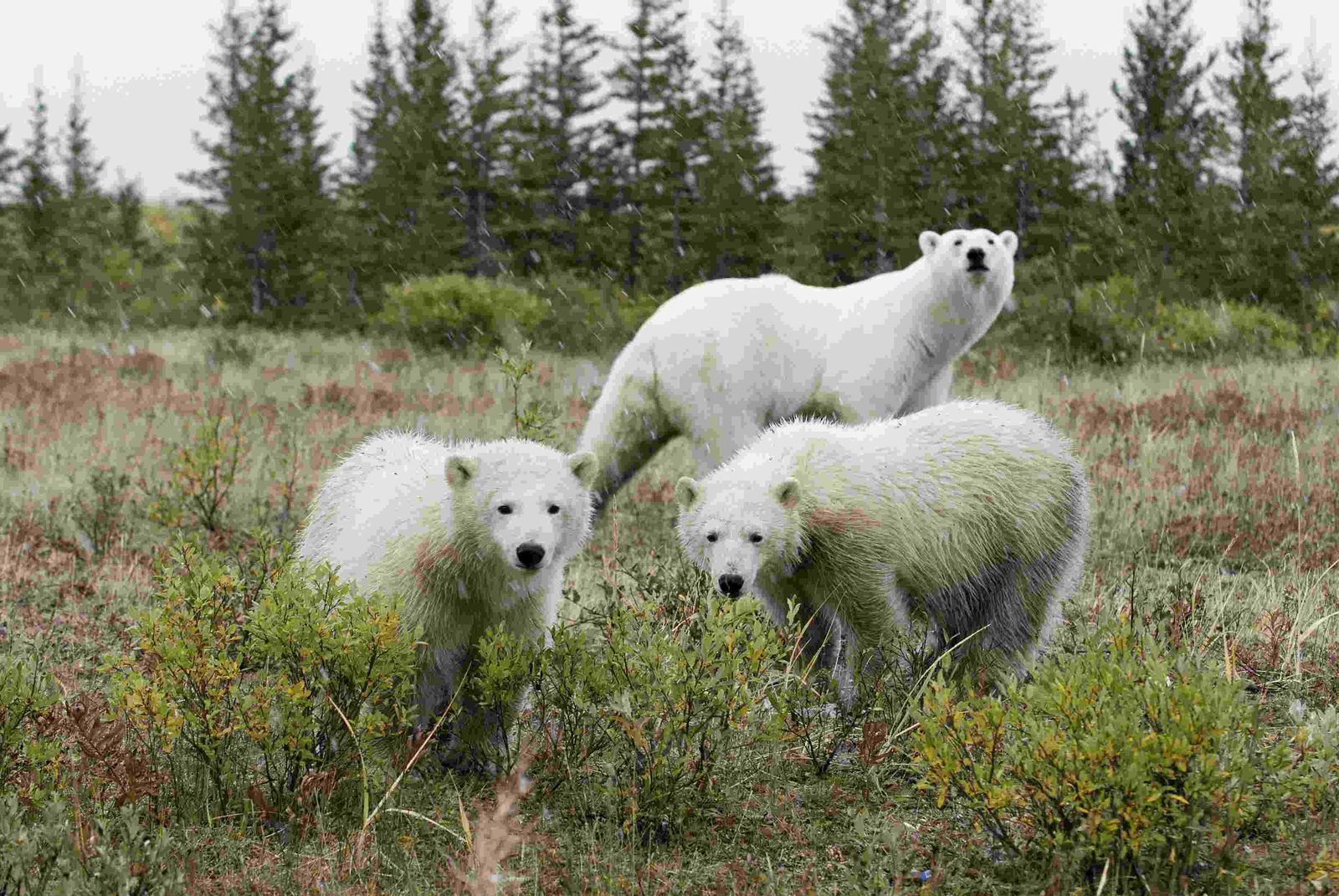