Usually, it takes quite an effort for the ambassador of a European Union member state in Washington to raise the attention of the American government. But lately, it hasn't been difficult at all. "The calls and requests just don't stop," said one European diplomat in the US capital.

The shooting down of Malaysia Airlines Flight MH 17 over eastern Ukraine, presumably by pro-Russian separatists, is considered to be a game changer in Washington -- an event of such magnitude that the status quo is no longer possible. All 298 passengers on board the Boeing 777 perished in the crash.

Washington officials have been clear with the Europeans about the lessons it has learned from the disaster, namely that EU members should adopt a tougher stance in its dealings with Russian President Vladimir Putin. Even prior to the Flight MH 17 disaster, pressure for additional sanctions in Washington had been growing. Bloomberg reported that Deputy National Security Advisor Anthony Blinken held a closed-door meeting a week ago with EU ambassadors to inform them of the actions Washington would like to see Europe take. 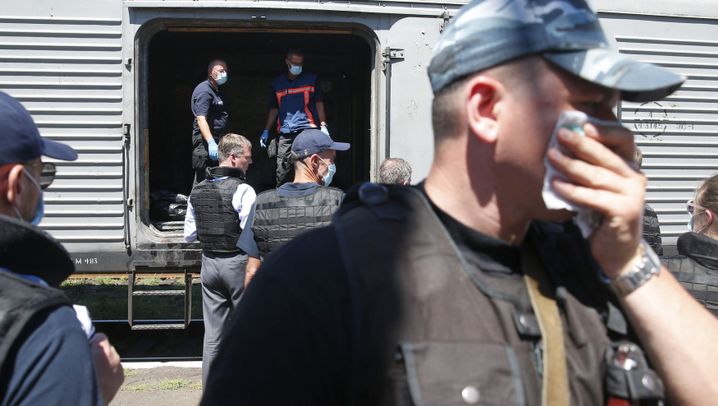 The Americans are proposing an end to EU weapons deliveries to Russia. With orders on the books for two Mistral-class amphibious assault ships for Russia worth €1.2 billion ($1.6 billion), that move could hit France particularly hard. The White House also says it would like to see further restrictions placed on Russia's access to money and capital markets.

The US government's message is clear: Impatience is growing over the constant excuse given by the Europeans that they can't afford to isolate Russia for economic and energy policy reasons. Public statements given by President Barack Obama and Secretary of State John Kerry are getting brisker, with both speaking in unison of a "wakeup call for Europe."

On Sunday, Kerry told ABC News there was "powerful" evidence suggesting that the Russians had provided both training and weapons to the rebels.

In US government circles, many believe the Europeans will go along with sanctions this time. "This tragedy is so enormous, and above all so palpable for European countries like the Netherlands, that the Europeans will finally have to move decisively against Putin," says Jack Janes of the American Institute for Contemporary German Studies in Washington. Some 189 of the passengers who perished on board Flight MH 17 were Dutch citizens.

Will the Europeans be swayed this time? Swedish Foreign Minister Carl Bildt and his Polish colleague Radoslaw Sikorski have both called for tougher sanctions against Moscow. And British Defense Minister Michael Fallon has accused Russia of "sponsored terrorism".

Although they threatened there would be "consequences" for Moscow over the weekend, EU members Italy, Germany and France have remained hesitant about applying further sanctions.

Many EU leaders believe that sufficient action was taken at a summit last week in which they expanded current sanctions that are largely focused on banning travel and blocking the foreign bank accounts of oligarch billionaires who support Russian decision-makers.

It remains uncertain whether EU foreign ministers meeting in Brussels on Tuesday will go beyond a general discussion of the shooting down of the Malaysia Airlines flight to actually agree on further punitive measures. The French government is also opposed to British calls to penalize the entire Russian defense sector.

Cameron is now considering an alternative embargo applying only to new weapons deals with Russia, which would exclude the French Mistral sale. That deal was approved by former French President Nicolas Sarkozy in 2011.

His successor, François Hollande, said earlier this week that the first helicopter carrier is nearly complete and would be delivered as planned in October. However, he said delivery of a second ship would depend on Russia's attitude in the Ukraine crisis.

Obama's government is expected to wait until after the EU foreign ministers meet on Tuesday, but administration officials are already preparing the next steps, with measures aimed at Russia's financial sector. Officials are also considering an export ban on dual-use technologies that can be used for both civil or military applications.

Heather Conley, a Europe expert at the Center for Strategic and International Studies (CSIS) in Washington, believes trans-Atlantic relations could be put to the test again if the United States and Europe don't pull together. "The Americans know that sanctions again Russia will only work if the Europeans take part," she says. "After all, the EU has far greater trade with Russia than the Americans do." 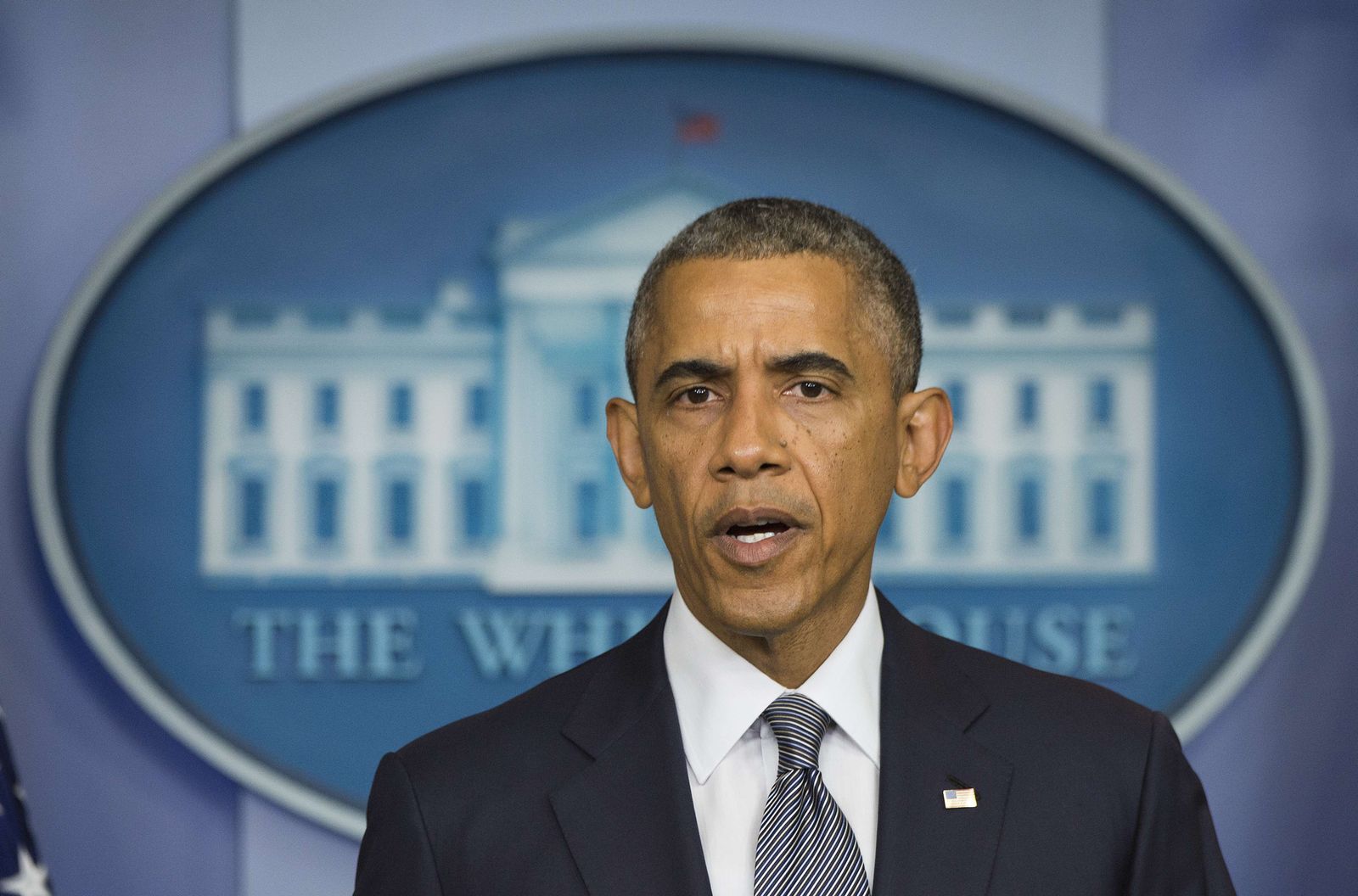 Running out of patience: US President Barack Obama says the downing in Ukraine of a Malaysia Airlines flight should serve as a "wakeup call" for Europe on Russia and Vladimir Putin. 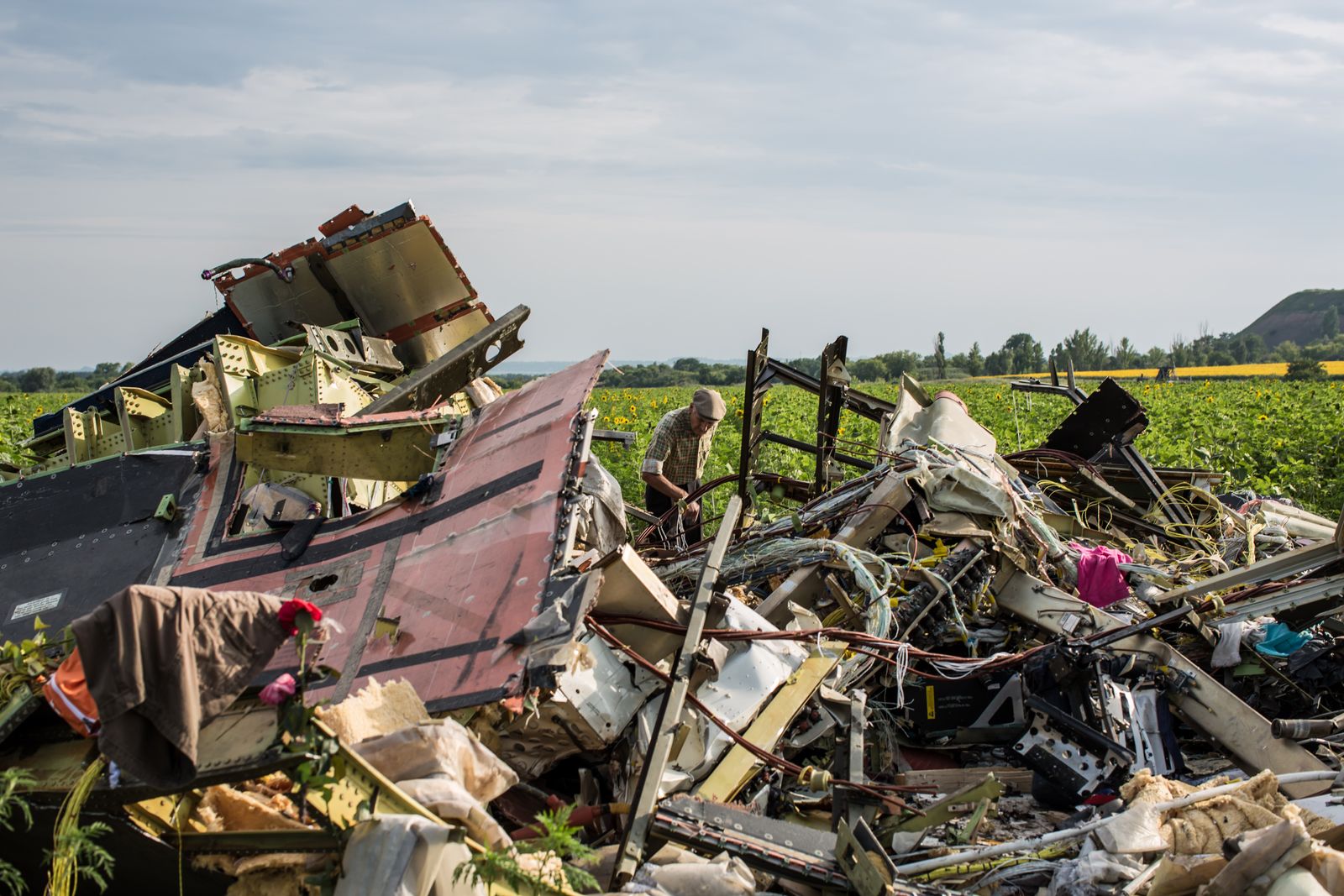 Wreckage of the Malaysian Airlines flight in a field near Rassipnoye, eastern Ukraine. According to Ukrainian officials, remains of 272 of the 298 people who lost their lives in the disaster have been found.