It began in 2010, when wealthy Greeks started coming to London and buying up expensive townhouses in upmarket neighborhoods. Amid fears that Greece might leave the euro zone, they believed their money would be safe in Britain in its splendid isolation from the euro and the Continent's sovereign debt crisis.

Then rich Spaniards started arriving. They were following by well off Italians, who at the start of the year overtook Russians as the biggest group of foreign buyers snapping up property in London, according to a survey.

Whenever the euro crisis heats up somewhere in Europe, the demand for expensive homes increases in Western Europe's largest city particularly among well-heeled foreigners beset by asset angst.

London real estate agents are like the canary in the coalmine for the debt crisis. They can sense early on the next country to get sucked into the vortex. So who's up next? Apparently it's the French.

Real estate agents have been aware of a new wave of interest for months, but it's been especially noticeable since Feb. 28. The night before, the then Socialist candidate for French president, François Hollande, who famously said "I don't like the rich," announced that, if elected, he would raise the top rate of tax on incomes over €1 million to 75 percent. At home, he got much applause for the announcement. But in London, the news produced a reaction that was noticeable on the computers of the London-based property company Knight Frank.

"Since February, when Hollande announced his wealth tax, there has been a large rise in web searches from French customers," Liam Bailey, head of residential research at Knight Frank, recently told the Daily Telegraph.

A lot of people were searching for solidly luxurious properties in a price range of up to 5 million pounds (€6.2 million). But what was particularly strong was the interest in so-called "super prime" properties, dream homes that go for between 5 million and 15 million pounds.

To meet the demand, the property company Douglas & Gordon has just opened an office in South Kensington, where four native French speakers will be available to help out their house-hunting compatriots. Hollande's tax speech immediately led to a 40 percent increase in inquires from worried French citizens, says David Blanc from the London asset management firm Vestra Wealth.

Now, that the Socialist politician has moved into the Élysée Palace an exodus of the wealthy is on the horizon. Geneva and Brussels are also profiting from the rush of tax refugees. But no other city is as successful at attracting wealthy immigrants as London, whether it's oligarchs from Russia, China's nouveau riche, oil princes from the Middle East -- or rich French fleeing Hollande.

Britain offers wealthy foreigners incentives that are practically unparalleled in Europe. For example, the state exempts foreign residents from having to pay tax on income generated outside Britain. For some, having a British residence can save them millions.

London Mayor Boris Johnson, who speaks perfect French, recently encouraged workers in France's financial sector to move to the City. "Bienvenue à Londres," he said in February. "This is the global capital of finance. It's on your doorstep."

Hollande, for his part, declared the banks to be his "enemy" during the election campaign. He hopes to collect up to €300 million with his wealth tax. But it's just a short journey from Paris to the tax haven on the other side of the English Channel -- on the Eurostar train service, it takes just two hours and 17 minutes. More than 300,000 French people are believed to already be living in London -- more than the population of Rennes, Reims or Avignon.

In South Kensington, the epicenter of elegant French exiles, the bon vivant can get all life's necessities. There are French creperies, fromageries and rotisseries, as well as French bookstores and bakeries. There are French-speaking dentists, plumbers and tax accountants, not to mention French schools. There is even a French cinema and a radio station. The French's tricolor flag is as visible here as the Union Jack, and the district secretly sees itself as the 21st arrondissement of Paris.

And next month, for the first time, French citizens in Britain will elect their own representative in the French National Assembly in elections. In the upcoming parliamentary elections, the 1.5 million French expatriates living around the world will be represented for the first time in 11 giant constituencies -- an initiative that Nicolas Sarkozy pushed through while president.

The "Northern Europe" constituency covers a total of 10 countries, including the Baltic states, Denmark, Norway, Sweden, Finland, Iceland, Ireland and Britain. Its focus is, however, London, which is home to more than half of the constituency's voters. As a result, Trafalgar Square has at times being the site of campaigning by French exile politicians.

The favorite for the parliamentary seat is the 39-year-old psychologist Emmanuelle Savarit. A member of Sarkozy's conservative UMP party, she can count on the votes of the financial professionals in South Kensington. After all, many of them didn't believe Hollande when, just two days after he announced his wealth tax, he said during a visit to London: "I'm not dangerous." 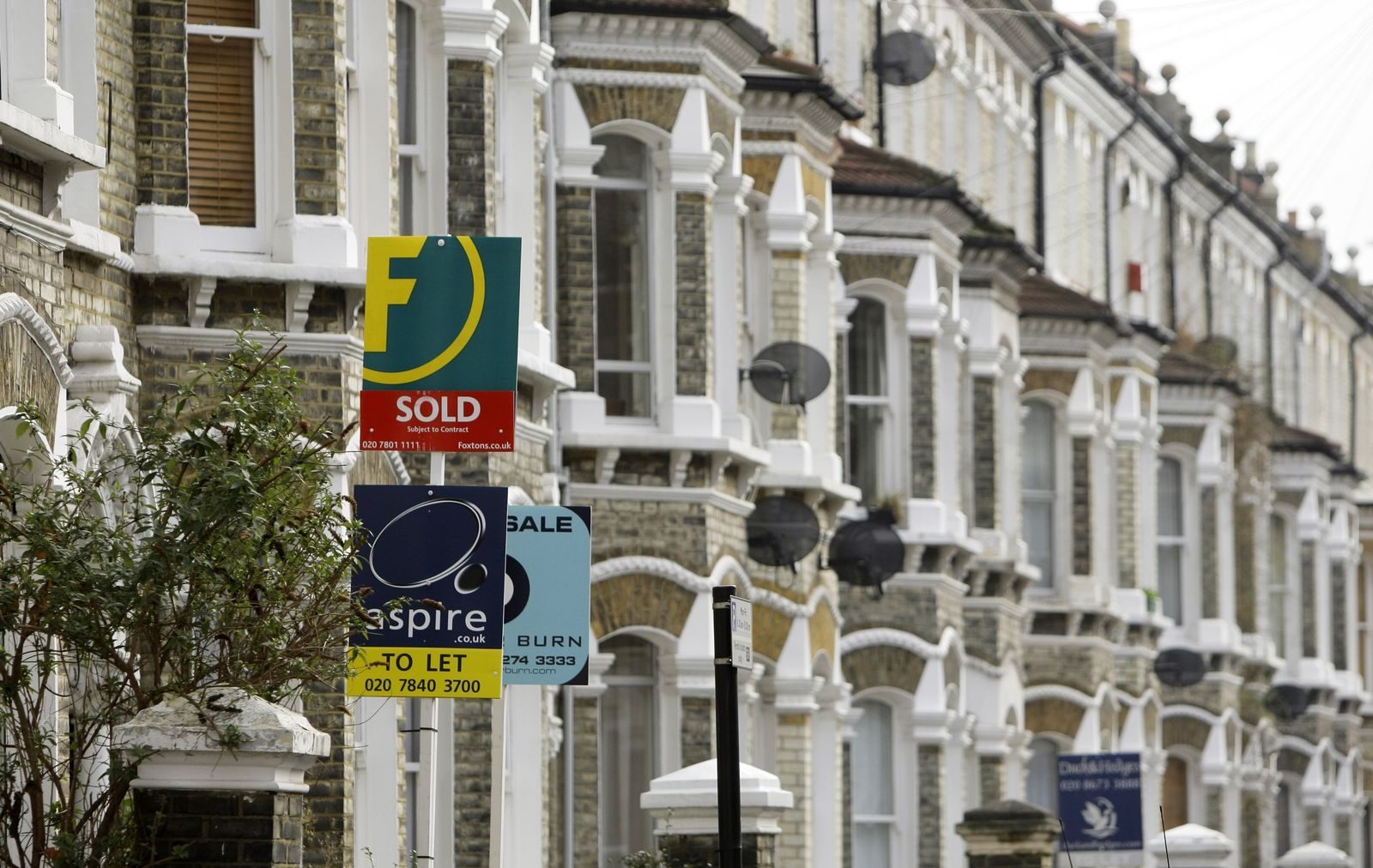 Property for sale in London: Wealthy French are interested in buying homes in Britain.