The principle of tax justice may be enshrined into the Greek constitution, but it has become increasingly obvious that not all Greek taxpayers are created equal. Currently, the government in Athens is preparing yet another round of harsh austerity measures, severely testing the cohesion of both the coalition and society. Already, such measures in combination with tax hikes have slashed average household income in Greece by half since the beginning of the crisis. Measures now planned will see pensions sink by 25 percent.

At the same time, though, a small elite of wealthy Greek ship owners is fighting to defend its tax-free status -- also, ironically enough, enshrined in the constitution. Meanwhile, other moneyed Greeks, including doctors, lawyers and engineers, continue to systematically avoid taxes. According to a recent study, seven out of 10 self employed Greeks significantly underreport their earnings. Indeed, though the crisis has been raging for five years now, many wealthy Greeks are under no more pressure to pay taxes than they were before.

The study's authors use data from a large Greek bank which uses several factors in addition to income reports to measure a client's creditworthiness. The result: Undeclared income from self-employed Greeks amounted to €28 billion in 2009, more than 10 percent of the country's gross domestic product that year. The state lost €11.2 billion euros in tax revenues as a result.

Doctors lead the way: Their real income is almost 2.5 times higher than the amount they declare. Lawyers are not far behind, with economists, journalists, and those in the entertainment business rounding out the top slots on the list. "Tax evasion is not limited to the wealthy," the study finds. "But tax evasion does increase in wealth, substantially."

How, though, given Greece's attempts in recent years to shore up tax revenue, is this still possible? A lawyer in Thessaloniki who wished to remain anonymous says it is really quite simple to cheat on taxes. "Until recently, there was a minimum fee of €300 for presenting a case in court. Big-shot lawyers would charge their clients thousands of euros, yet would only give a receipt for €300. I know of wealthy lawyers who have been in the business for 30 years who do not pay a single euro in taxes. Some of them even boast of getting tax returns."

As such, it is perhaps not surprising that the number of Greeks declaring incomes of over €500,000 is a mere 200 people. Even if the government moves ahead with the application of a 50 percent tax rate on those incomes, the move would be largely symbolic.

Meanwhile, following five years of recession, many average earners in the country are angry. Iordanis Iordanidis, a 37-year-old father of two who has been unemployed since losing his job at a multi-national pharmaceutical company in October 2011, says he despairs when trying to figure out a way to cope with new taxes. "It seems their inventiveness in imposing new burdens to the same people is unlimited," he says bitterly.

Manthos Neofitidis, a 35-year-old who once worked in a retail chain, is likewise furious. "This mess we are in was caused by the few who pull the strings, leaving us to eat stale bread and not giving a damn," he says. "They don't care if people die, so long as they fill their own pockets."

Few would agree more than Yiannis Stournaras. Currently, Stournaras is the country's economy minister, but prior to moving into government, he was head of the influential Institute for Economic and Industrial Studies (IOVE). Eight months before taking on his current portfolio, Stournaras said in an interview that Greece "is a poor country with rich people" who do not pay taxes.

Stournaras is now discovering that taxing the rich is easier said than done. And there is no better example than that of ship owners, who claim to operate the largest merchant fleet in the world. Ship owners benefit from dozens of tax exemptions meant to guarantee their competitiveness. Successive Greek governments have left their special status untouched, neither has it been a prominent item on the public agenda or in Greece's ongoing negotiations with its international creditors.

According to people familiar with the matter, the government of Prime Minister Antonis Samaras recently asked shippers to do more. But, they add, the key word here is "asked" -- the government has to tread carefully as any hint of extra fiscal burden might lead this mobile class to relocate. Nevertheless, Samaras is said to have recently reached an agreement with shipping magnates on the introduction of a new cargo tax. It won't, though make a huge difference. Given a sovereign debt load of some €350 billion, the €200 million such a tax will bring in by 2016 is but a drop in the Mediterranean.

Shipping industry representatives argue that a substantial increase in their tax burden would drive away companies and cost jobs in Greece, already suffering from high unemployment. "If Greece taxed shippers, it would be just for show and it would be like shooting itself in the foot," says one industry expert who asked not to be identified. "The shipping industry is extremely internationalized ... and is favorably treated by tax regimes all over the world - perhaps nowhere more so than in Germany itself."

Indeed, German shipping companies are liable only for the so-called "tonnage tax," which taxes cargos by weight and not by profit. It should be noted, however, that Germany and other European Union countries introduced the tax in the 1990s -- modelled on the Greek regime which has existed since the 1950s.

Still, even just a moderate tax on shipping magnates could lead normal Greeks to have more faith in the fairness of the system -- and improve the willingness to pay taxes. The country is currently stuck in a vicious circle in which Greeks don't want to pay taxes because they have the feeling that nobody does. Friedrich Schneider, a professor of economics at the University of Linz in Austria and an international expert on the Greek shadow economy, says that "in Greece, there is a breach of the social contract, which sinks tax morale. People are angry and rightfully so."

The current government is not completely ignoring the issue. Athens is currently considering the establishment of a 100-strong unit to go after wealthy tax evaders. That they will find success seems doubtful. Out of 5,000 cases of suspected of tax evasion gleaned from Greek bank records, only 334 have been conclusively settled. And with Greece's notoriously slow bureaucracy and judiciary, it could be years before the state actually receives any extra cash from wealthy tax-dodgers.

In the meantime, normal people like Iordanis Iordanidis will have to keep playing the role of what Greeks colloquially call the "beasts of burden." 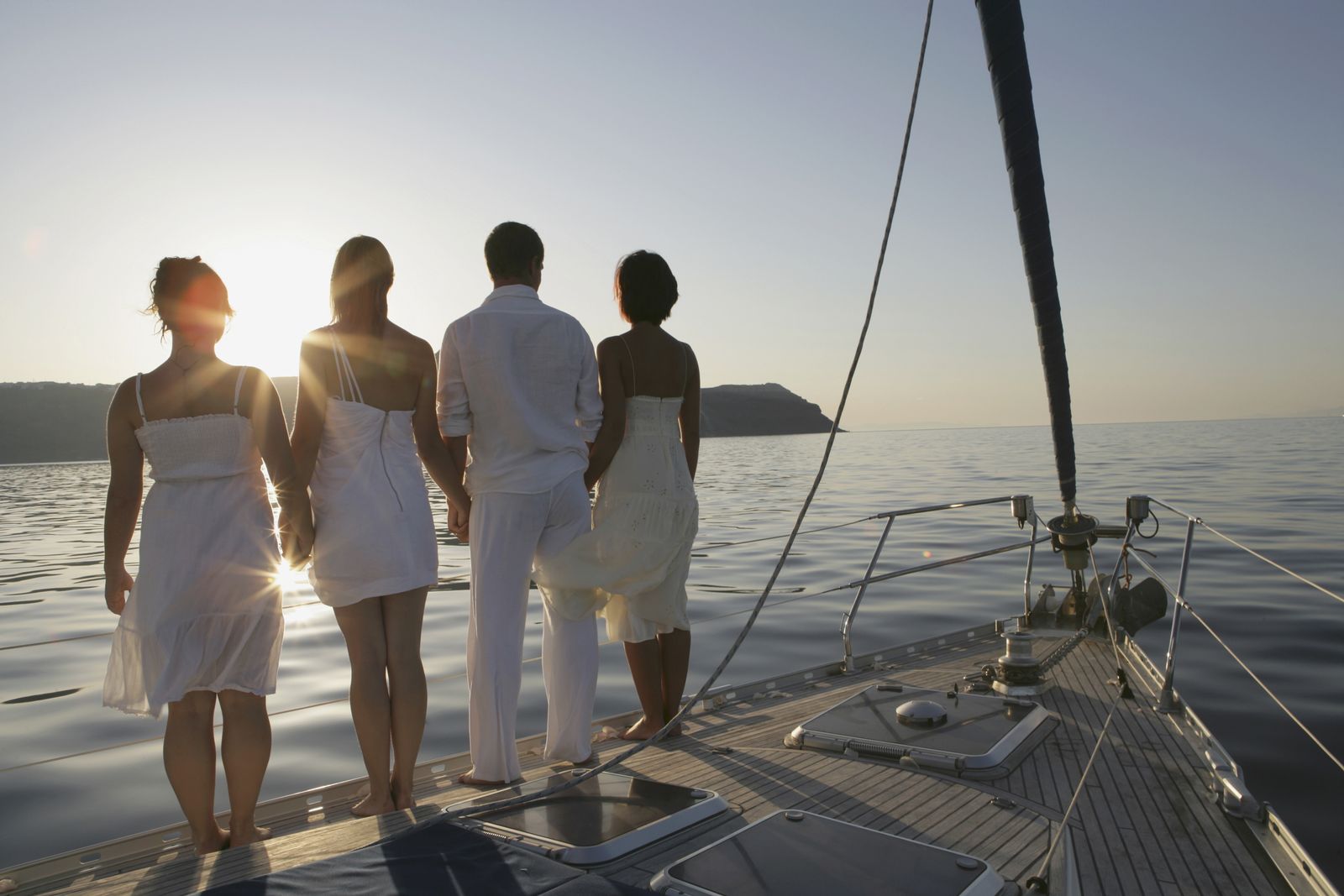 The joys of wealth in Greece -- that and not paying taxes.