German Foreign Minister Guido Westerwelle said on Wednesday that the Eurovision Song Contest in Azerbaijan on May 26 and the European soccer championship in June, which is being co-hosted by Ukraine, should be used to protest against civil rights abuses in those nations.

"We should use these events to create a critical public forum in order to talk to people and promote our democratic values," Westerwelle told German newspaper Die Welt. He stopped short of suggesting a boycott, however, saying: "I'm against hastily calling for a boycott of events such as a football tournament and a song competition that don't have much to do with politics."

The minister was speaking ahead of a visit on Wednesday to the Azerbaijani capital of Baku as part of a trip to the Caucasus region.

The German government's human rights representative, Markus Löning, who will be joining him on the trip, has in the past criticized Azerbaijan's civil rights record, saying it is not a free country, that the political opposition is being suppressed and that there are no free elections. In an interview with the Süddeutsche Zeitung newspaper in February, Löning had called on Baku to release all its politicial prisoners before it stages the song contest.

Ukraine, too, has been criticized for jailing former Prime Minister Yulia Tymoshenko, who is serving a seven-year prison term for alleged abuse of office. Her sentencing last October was seen by the West as politically motivated and derailed the signing of an association agreement between Ukraine and the European Union.

The rights campaign group Reporters Without Borders said Westerwelle should call for the release of jailed bloggers and journalists when he holds talk with Azerbaijani government officials.

"The Song Contest is a European competition that should be based on European values like freedom and democracy," the group said in an open letter to the minister. "We therefore bear a special responsibility for those who fight for those values in Azerbaijan -- in a climate of fear and not infrequently by putting their lives on the line."

According to Reporters Without Borders, Avaz Zeynalli, the publisher of an opposition newspaper, and the blogger Bakhtiyar Hajiyev have been in investigative custody since November 2011 on spurious charges.

"With its major oil and gas reserves, Azerbaijan is an important energy location," the ministry said. "The German foreign minister will also hold talks about that in Baku."

Westerwelle will travel on to Georgia on March 15, followed by a visit to Armenia. 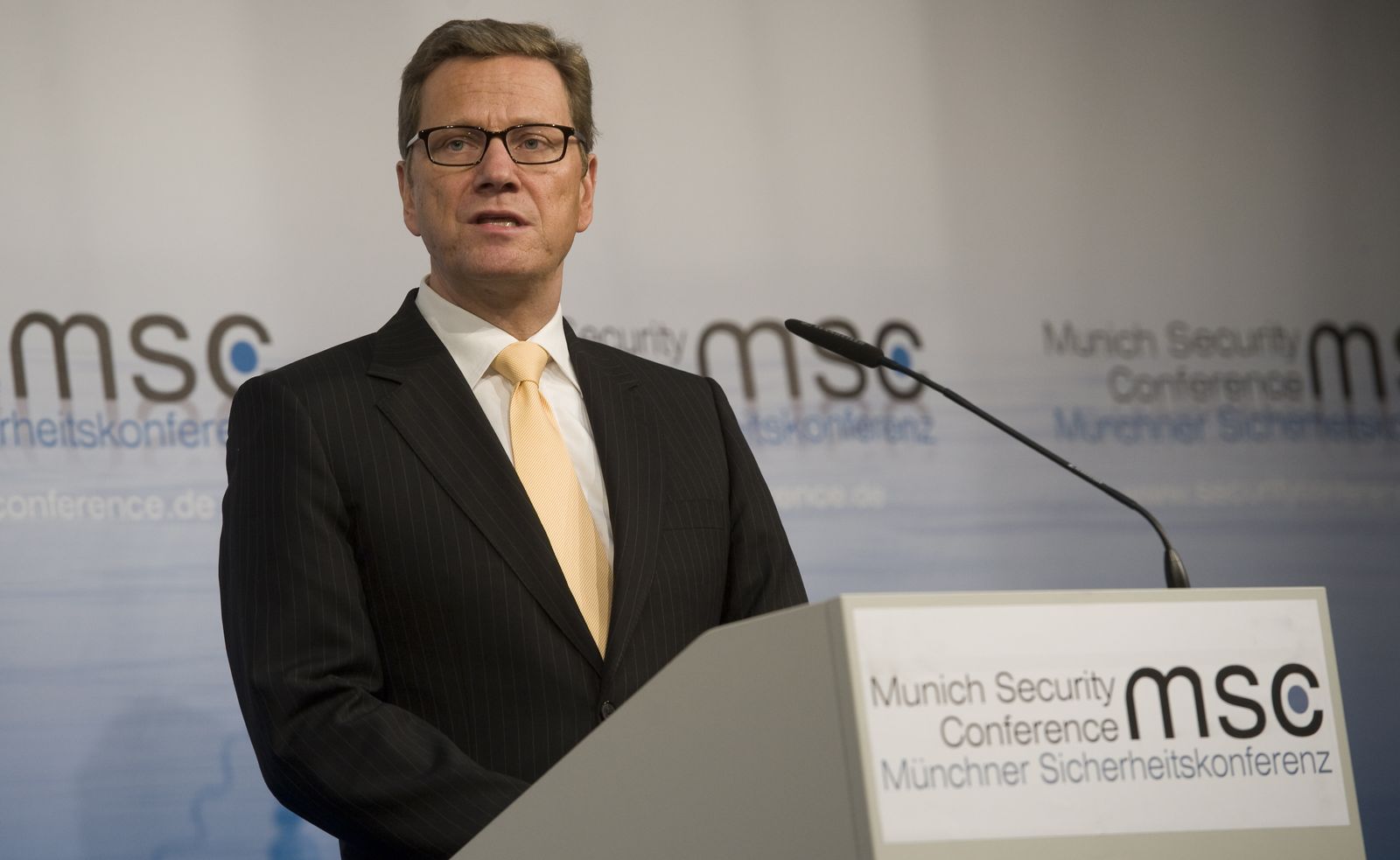 German Foreign Minister Guido Westerwelle: "We should use these events to create a critical public forum."