In Copenhagen, world leaders, lobbyists and environmental activists have been squabbling over curbing CO2 emissions and providing billions of dollars to developing nations to help combat global warming.

But a smaller group is fighting for something which would seem to be much simpler: a mere mention.

The reference, which advocacy groups hope to have included in any final paper to come out of Copenhagen, has to do with those forced to leave their homes due to the effects of climate change. Several groups, including the Office of the United Nations High Commissioner for Refugees, the United Nations University and the Norwegian Refugee Council, have formulated a passage that would require all Copenhagen signatories to undertake "activities related to internal and cross-border migration and displacement or planned relocation of persons affected by climate change."

In other words, refugee advocates want to bring the existence of those displaced by climate change to the forefront.

The reference goes on to say that nations should be "enhancing and identifying modalities of interstate cooperation to respond to the needs of affected populations who either cross an international frontier as a result of, or find themselves abroad and are unable to return owning to, the effects of climate change."

"It's hard to get attention for this," Vikram Kolmannskog, climate advisor for the Norwegian Refugee Council, an international humanitarian organisation working with displaced persons, told SPIEGEL ONLINE. "There is very little awareness of the fact that climate change is already happening. While we try to prevent further climate change, we also have to adapt to a climate that has already changed."

While small, the paragraph-long mention of climate-caused migration would bring much needed global attention to a phenomenon already underway in parts of Bangladesh. Low lying island nations in the South Pacific may also soon be at risk.

An official reference at Copenhagen could also be a springboard to both support for the displaced and funding for research. While currently the problem is manageable, many warn that it could spiral out of control before long.

But not all are interested in giving the problem a platform at Copenhagen, says Dr. Koko Warner, head of the Environmental Migration, Social Vulnerability, and Adaptation section at the United Nations University Institute for Environment and Human Security. She told SPIEGEL ONLINE that many have sought to alter the passage and Australia has attempted to water it down and has requested more research.

There is no denying that the issue is a complex one. Even the term "climate refugees," which is often used in connection with those displaced, is misleading. The definition of refugees, as outlined by the United Nations Convention Relating to the Status of Refugees, adopted in 1951, pertains merely to those fearing persecution back home.

Many have argued in favor of simply adding climate change to the definition. But Jean-Francois Durieux, a senior official at the the UNHCR, told SPIEGEL ONLINE that such people "are dreaming." The original negotiations took decades, he points out, and says that reopening those talks could undermine the current international system in place to help refugees.

"Let's not change the convention that we have, because it suits a purpose. Here we have a new scenario," Durieux told SPIEGEL ONLINE, referring to those displaced by climate change. "Maybe we need a new type of agreement."

Who Are the Environmentally Displaced?

Even without a proper name, identifying people who have been uprooted from their homes due to global warming is a challenge. While it's clear that those escaping sudden natural disasters such as floods and typhoons qualify as environmentally displaced, it is more difficult in cases involving the slower effects of climate change, such as drought and desertification.

That explains why the estimates for the total number of those displaced by climate vary widely. According to the Institute for Environment and Human Security, the number could be as high as 50 million by 2010. The Intergovernmental Panel on Climate Change says 150 million people may be displaced by climate change by 2050. The Stern Review of the Economics of Climate Change says that number will hit 200 million by 2050.

Perhaps the hardest question to answer isn't what to call or how to count people affected by climate change, but what to do for them. Currently, the large majority of people who leave their homes because of the changing climate stay within the borders of their home country. Those people, often referred to as internally displaced people, are generally protected by the state under the 1998 UN Guiding Principles on Internal Displacement. While not legally binding, there is a consensus among states that they are responsible for the well being of internally displaced people under the principles.

The largest legal gap exists when environmentally-displaced migrants cross national borders. Since these migrants are not considered refugees by the 1951 definition, they have no legal protection. At the same time, it is unclear which international organizations should take the lead on the cause. The NCR says that it wants the UNHCR to take a leading role, even if they are not technically refugees, because of their expertise on the legal and relief side. The UNHCR says it would partner with others to play a role in handling the issue.

'The Overall Process Is Very Opaque'

What is most needed, advocates say, is more international cooperation on the issue. To be sure, a small number of countries, including the United States, Sweden and Finland, offer temporary protection to those escaping sudden natural disasters. Denmark extended protection to some who left Afghanistan between 2001 and 2006 because of a drought there.

But advocates say these are more exceptions than the rule. They argue the issue needs to be addressed on the international stage.

"Addressing the challenge of climate change cannot be separated from the struggle to promote effective forms of development cooperation and to secure human rights for all," António Guterres, UN High Commissioner for Refugees, wrote recently in an op-ed piece for the International Herald Tribune.

For the moment, of course, the problem of "climate refugees" is taking a back seat in Copenhagen, particularly with doubt growing as to whether any kind of agreement can be reached at all. 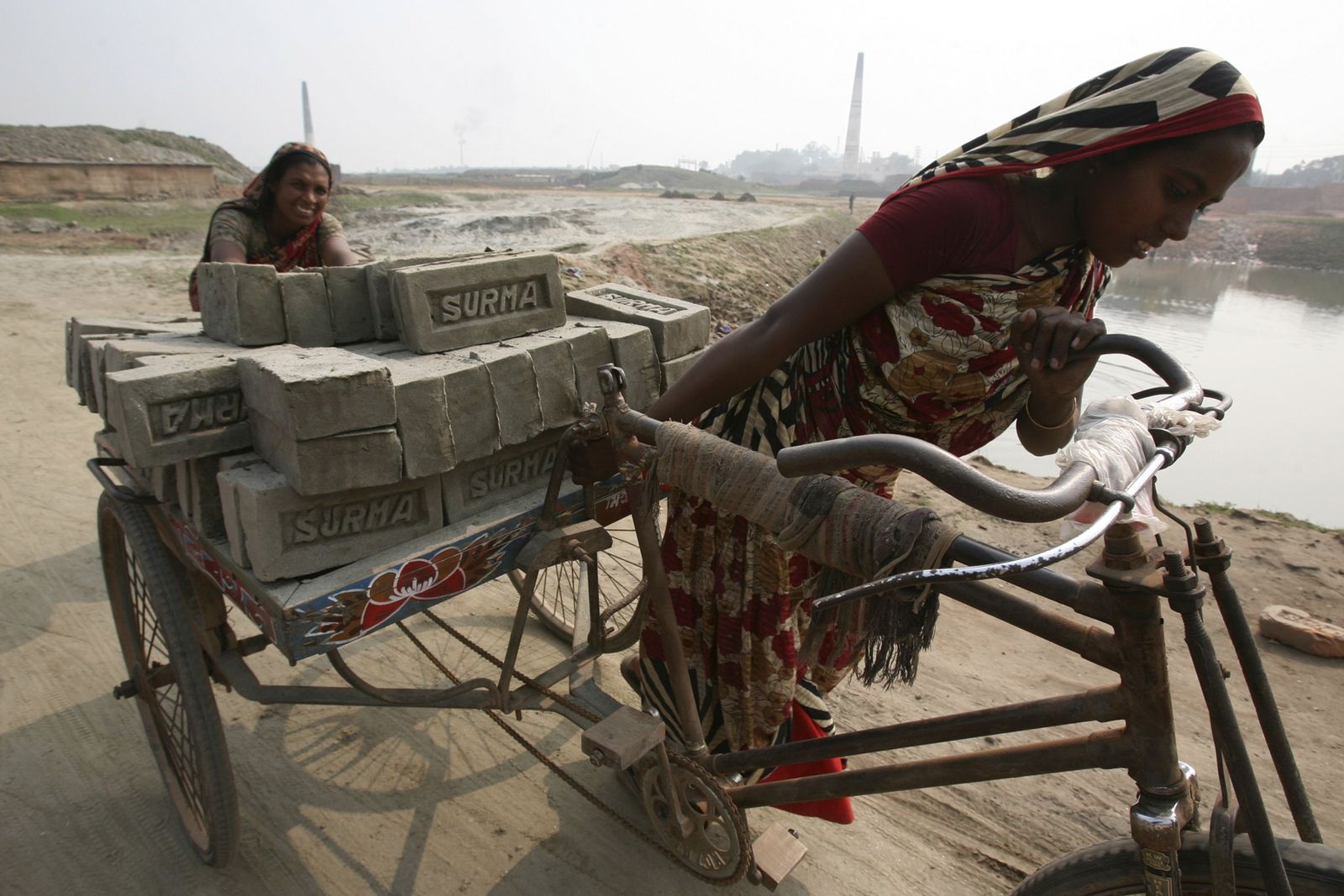 Rabeya Khatoon, right, and Moriom Bibi, lost their homes to cyclone Aila and are now working at a Dhaka brick factory.