The first crash occurred on Oct. 29, 2018. Twelve minutes after an almost brand-new Boeing 737 Max 8 belonging to the Indonesian budget airline Lion Air took off, it began to plunge into the Java Sea at high speed, ultimately killing 189 people.

Less than five months later, on March 10, 2019, another state-of-the-art Max 8 operated by Ethiopian Airlines took off from the Addis Ababa airport, dipped its nose unexpectedly six minutes later and slammed into the ground at a speed of 700 kilometers per hour (435 miles per hour). That crash killed 157 people, including five Germans.

What's wrong with the Max 8? No one knows exactly what happened in Ethiopia yet. Only an analysis of the electronic flight data recorders, which were recovered Monday, will provide real answers. The parallels between the two accidents, however, are obvious: Both planes' pilots fought unsuccessfully to gain altitude. Both wanted to turn around and return to their departure airports due to technical issues. Neither made it.

The pilots of the Indonesian plane evidently faced several problems, according to investigators. The worst was malfunctioning software, the existence of which wasn't even mentioned in the plane's manual. It had taken over control of the aircraft's tailplane, which helps regulate pitch. The software then initiated a nosedive, which the pilots were helpless to override.

After two horrific crashes in less than five months, the latest model of the 737, Boeing's cash cow, is now under general suspicion. By Wednesday, 40 countries had banned all 737 Max 8s from their airspace, including every member of the European Union. Some airlines have voluntarily grounded any Max 8s in their fleets. U.S. officials, for their part, say the Max 8 is still safe to fly.

Boeing is hurtling straight toward the biggest disaster in its history. The world's airlines together have ordered more than 5,000 Max 8s. Though no orders have been cancelled as of yet, the plane's reputation for being a reliable workhorse has been, at the very least, blemished. On Monday, Boeing's share price dropped by more than 10 percent.

One thing that has become a burden for the 737 is its age. The first 737 left the assembly line in 1968, though its technical roots reach as far back as the 1950s. In order to remain competitive, Boeing has repeatedly revised and improved the 737, and it has grown more economical and quieter with each new iteration; it gained in size, range and efficiency.

But there was a catch. The engineers who were performing all of these miracles of rejuvenation knew full well that they were making compromises they never would have tolerated in a newer model. The consequences of that corner-cutting may now be revealing themselves.

When Boeing began developing the Max 8 in 2011, one thing was clear: The engine would be powered by a very fuel-efficient engine known as Leap, made by the company CFM. Boeing's rival, Airbus, had also equipped its well-selling A320neo with the same propulsion hardware.

One of the reasons the Leap engine is so economical is because its air intake has an enormous diameter: 198 centimeters (6.5 feet). While the long-legged Airbus A320neo has plenty of room for such a massive engine, the landing gear on Boeing's Max 8 is short, limiting ground clearance under the wings. The engine simply doesn't fit.

Pressed to come up with a solution, Boeing's star engineers came up with the idea of shortening the engine mount structure, which fastens the heavy engines to the underside of the wings. This did the trick, but it came at the cost of seriously altering the aircraft's flight mechanics. As a result, the Max 8 tended to dangerously raise its nose. Under certain circumstances -- rare and extreme, to be sure, yet possible nonetheless -- there was a greater chance of the plane stalling and even crashing.

Boeing engineers, in turn, came up with another makeshift solution. They developed a software that would work in the background. As soon as the nose of the aircraft pointed upward too steeply, the system would automatically activate the tailplane and bring the aircraft back to a safe cruising plane. The pilots wouldn't even notice the software's intervention -- at least that was the idea. In fact, Boeing didn't even consider it necessary to inform pilots about the newfangled MCAS, or "Maneuvering Characteristics Augmentation System."

What the people at Boeing obviously hadn't considered was that the MCAS was extremely sensitive, as evidenced by the Lion Air crash. Sensors are constantly monitoring the aircraft's position as it glides through the airstream. All it takes is for a single sensor to malfunction and erroneously report that the angle of the plane is too high; after that, the MCAS takes over and lowers the nose.

Pilots don't even know what's happening to them. They can pull on the yoke all they want, yet the computer continues to work against them, making a crash inevitable.

After the Lion Air crash, Boeing announced that it would be releasing a software update at the beginning of 2019. So far, no such update has been released.

The latest word from Boeing was that its software update would be available in April. Now, Boeing is under even greater pressure to deliver. If investigators confirm that the Ethiopian aircraft was a victim of MCAS, authorities could even withdraw the current Max 8's operating license.

Managers at Boeing have, of course, known for a while that even their best engineers won't be able to extend the life of the 737 indefinitely. Boeing had been planning to introduce a successor model by 2030. But as a result of the current crisis of confidence in the Max 8, the company may have no choice but to tackle the multibillion-dollar redesign of its beloved cash cow much earlier. 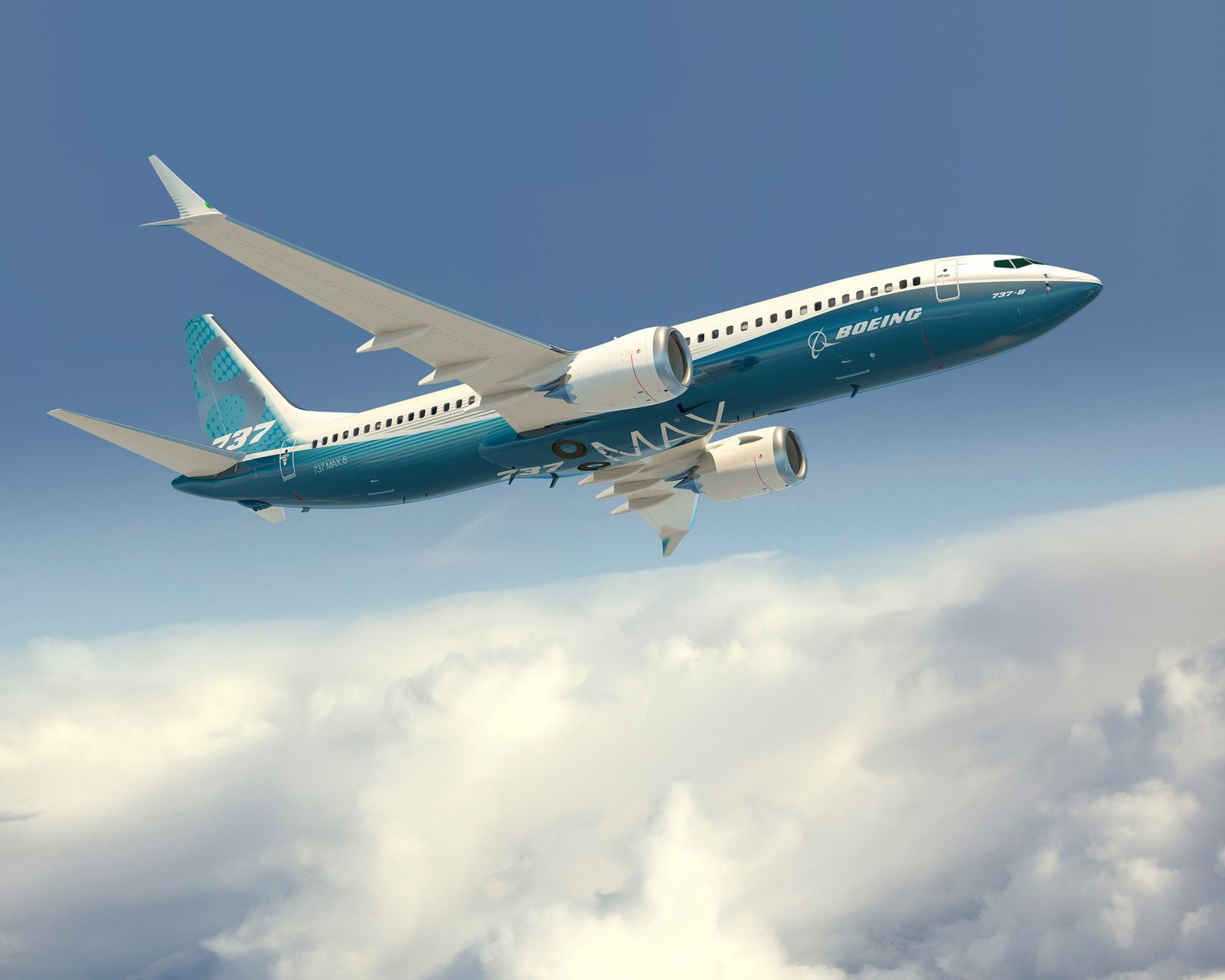 An artistic rendering of a Boeing 737 MAX 8 aircraft