Confirming that the building you're standing in front of is in fact one of Brussel's largest mosques requires asking a passerby. There's no minaret and not even a sign noting that the building on Rue Delaunoy 40 is an important house of Muslim worship. The roller shutters and the large aluminum doors look more like a car repair shop. But on Fridays, as many as 600 Muslims come to pray in the Al-Khalil mosque, as the janitor proudly explains.

It is believed that the mosque has ties with the Syrian arm of the Muslim Brotherhood and it is considered to be one of the biggest and most influential mosques in Molenbeek, the Brussels neighborhood that seems to always be popping up when acts of Islamist violence in Europe are investigated. There was a link to the foiled terrorist plot on a high-speed Thalys TGV train bound from Paris to Brussels in August and there were links to the massacre of the editorial staff of Charlie Hebdo in January. It has popped up in the news again following this weekend's horrific attacks in Paris. Authorities say that seven suspects have been arrested in Molenbeek and that several apartments have been searched.

On the streets here, people express shock over the attacks. "That's not Islam," says a man with a stubbly beard, cap and brown coat who is standing in front of the mosque with acquaintances on Sunday. The longer he speaks, the more worked up he gets and, in the end, there are tears in his eyes and his voice trembles. "I just don't understand it." 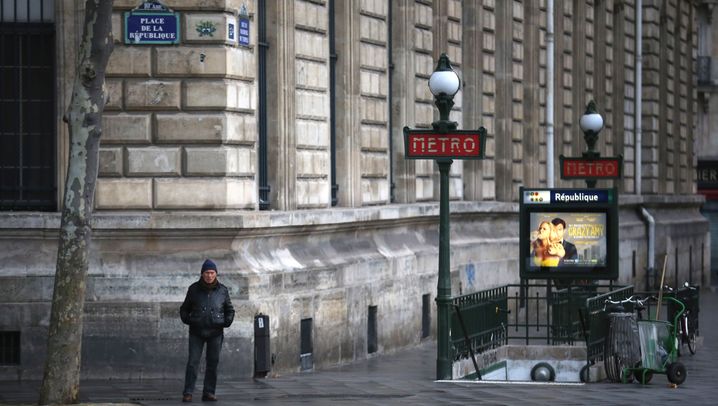 That's the one side of Molenbeek, a city district that could look like a working class district in any major city in Germany. For the overwhelming majority of its residents, the idea of killing in the name of Allah is inconceivable.

A Focal Point of the Islamist Scene

But there's another side to Molenbeek: The one that is considered to be the focal point of Western Europe's Islamist scene. Following Friday night's terrorist attacks in Paris, a suspect was arrested on Saturday afternoon at the Osseghem metro station in Molenbeek. A short time later, heavily armed police removed a man from a gray VW Golf not even 100 meters away who is believed to have been in Paris at the time of the attacks. A total of seven people have been arrested so far in Molenbeek.

It is estimated that Muslims make up 6 percent of the Belgian population, but that figure is 25 percent in Brussels and 40 percent in Molenbeek. The unemployment rate in the district is 30 percent, but it is believed to be even higher among immigrants. "Most of the Muslims are moderate, but there are also sharply radicalized groups with connections, for example, to the Salafists," says Brussels-based journalist Mehmet Koksal, who has been covering the Islamist scene for years. "They tell young people that they aren't European or Belgium and that it's 'us against the others.'"

The result of this can be tangible in the district. "If a person eats publicly during Ramadan or a woman doesn't wear a headscarf, they may become the subject of hostility," he explains.

'A Good Place to Hide'

Residents and politicians in Molenbeek are trying to combat any stigmatization of their community. On Saturday night, a few young people could be found standing around the Osseghem metro station after the last police car had driven away. The reporters and the camera teams have nothing left to do and a conversation between the two groups soon begins. It very quickly becomes clear that people here have had enough of the neighborhood's negative image. "Thalys? Molenbeek. Charlie Hebdo? Molenbeek," curses one of them. Each terror attack has had a connection with their neighborhood. "I have a heart just like you," says Amain, who's wearing a Chicago Bulls cap.

District Mayor Françoise Schepmans also spent her day Sunday defending Molenbeek in a series of television interviews. "They don't all come from here," she said of the men who have been arrested. "Most of the time, they are just traveling through."

But if that's the case, it seems like they are often traveling through. "The Muslim community in Molenbeek is very closed," says Koksal. "Those who aren't a part of it are quickly viewed as being agents of enemy forces." That also may help to explain why terror suspects in Molenbeek have been arrested who don't live in the neighborhood. "It's a good place to hide," he says.

Police first woke up to the problems when it was learned that French Islamist Mehdi Nemmouche, who killed four people at the Jewish Museum in Brussels in May 2014, had also spent time in Molenbeek. "But I also don't know what else there is they can do," says Koksal. They're already monitoring the phone conversations of pretty much all the key people in the scene, he says. And they are under strong police surveillance -- at least to the extent that resources allow.

That's why the radicalization of young men isn't taking place in the conspicuous places like the Al-Khalil mosque. The seeds of hate are growing in clandestine places, often in private homes. Security authorities estimate that in small Belgium, around 500 men have gone to Syria as jihadists. One hundred and thirty of them have since returned, said Belgian Police Chief Catherine De Bolle on Flemish television on Sunday. 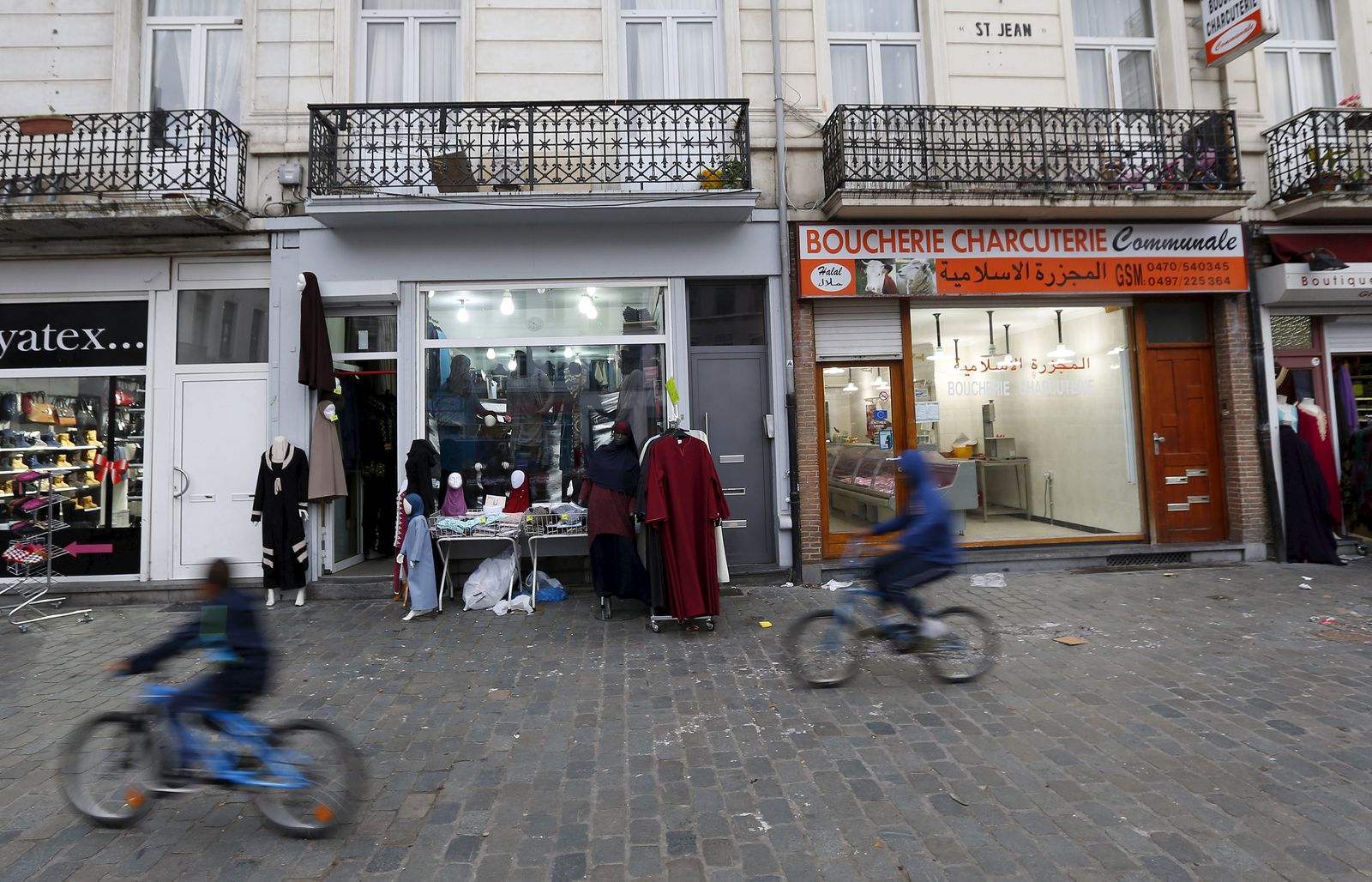 Molenbeek is the Brussels neighborhood that has been associated with four recent planned terrorist attacks, including those in Paris on Friday and the foiled plot against a high-speed Thalys train in August. 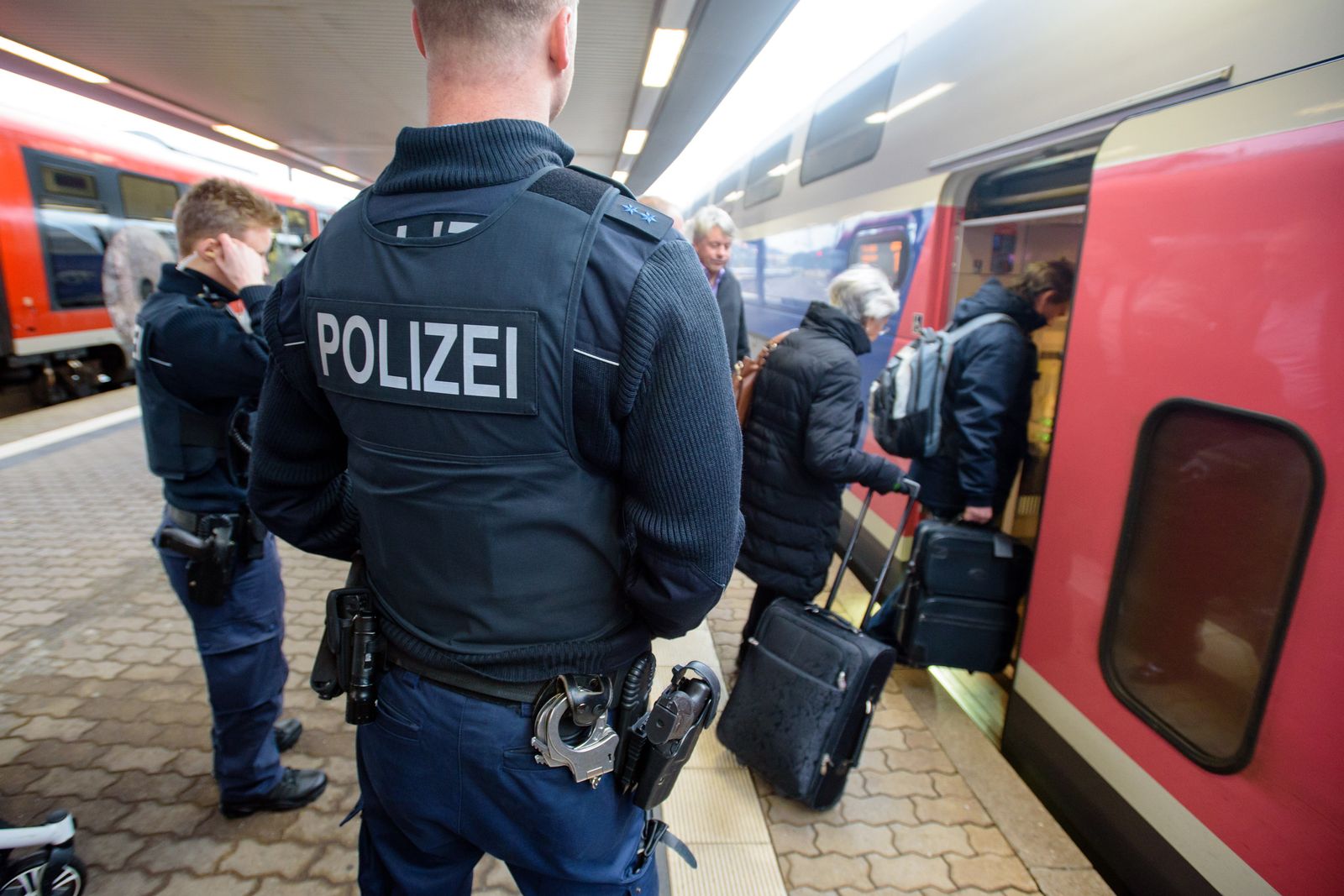 Germany also ramped up security over the weekend. Here, federal police officers stand by as passengers in Saarbrücken board a TGV train that had just arrived from Paris.