There they are again: the traders with sad eyes and the stock price displays showing jagged lines sloping downward. In the last 10 days, the DAX, Germany's blue-chip stock index, has fallen by 16 percent. On Monday it fell below the 6,000 point benchmark for the first time since January and has continued its plunge on Tuesday. Has the crisis, which for so long seemed to leave Germany untouched, finally reached Europe's largest economy?

The stock slump is a warning signal, just as it was last summer, when the DAX lost 30 percent within just a few weeks, sparking a wave of politicking. One euro summit followed the next, resulting in ever larger bailout funds. Meanwhile, the German government tried to battle the problem by simply banning certain bets on sinking share prices. The widespread belief in Germany was that only the financial markets were acting up.

That is probably the biggest problem the Germans have in the now two-year-old euro crisis. For Germans, it was always a crisis that belonged to others -- the Greeks, Portuguese, Spanish and Italians. That is, those who didn't have their finances in control and were expected to kindly atone for it by adopting the German model. Back home in Germany, by contrast, the economy was booming and people had work. In a sea of misery, Germany was an island of bliss.

But now, though, even its most stubborn adherents have begun realizing that this concept cannot work. The falling stock prices are just one of many indicators. Corporate purchasing managers have been reporting unfavorable outlooks for months in surveys, and in May the Ifo business climate index, one of the country's leading economic pulse checks, fell for the first time in half a year.

Even Germany's export-driven auto industry, typically spoiled by success, registered some major setbacks in May. Compared to the same month last year, domestic production dropped by 17 percent, while exports were down 13 percent. Though May 2011 was a record year for the industry, it still looks as though the European auto sales crisis has finally reached Germany too. Across the EU auto sales went down by 7 percent in April, year on year.

German companies fear that the crisis, which began on the outskirts of Europe only to edge ever closer to the center, will reach them too. The fear is justified. A national economy cannot remain separate from these developments in the long term. The business world recognizes that demand from the countries in crisis is collapsing, and they realize that this could be just the beginning.

Is the Party Over?

The fact that Germany has felt so little of the crisis so far is due largely to emerging markets like China, India, Brazil and Russia. Their economies booming, companies and consumers in developing economies were eagerly buying German products. In 2011, for example, China bought a record number of German cars.

But things are cooling off here too. The Chinese economy has long since ceased to grow as quickly as it did a year ago, while Russia feels the effects of the crisis in the form of currency turbulence. Not to mention that the United States, the biggest economy in the world, is also suffering major problems. The party in Germany could be over soon.

This makes it all the more important to finally grasp just how deeply mired in the crisis we are. Staying out of it is no longer an option. As far as Asia or the US are concerned, the differences have long since blurred. When investors lose their trust in the euro zone and take their money out of Europe, Germany too will feel the effects.

Thus it is in Germany's interest to solve the life-threatening problems within the currency union both swiftly and sustainably. But steps more radical than Germany has been willing to take will be necessary to achieve this -- and that goes for both Chancellor Angela Merkel's government and the German people at large, who have vehemently rejected the prospect of their country having to give up any power or money to save the euro.

But that's what it must come down to in the end. Without an economic government and a true fiscal union, the euro won't survive. Some elements have already been established. European leaders already have significant influence on the budgets of those countries in crisis. Furthermore, the planned fiscal pact, agreed on by 25 of the EU's 27 member states at a summit in January, also requires signatories to pursue fiscal responsibility. But these measures are both incomplete and provisional.

Saving the euro requires European countries, including Germany, to give up more sovereignty and to accept more joint decisions. Ultimately, it also requires euro-zone countries to be collectively liable for their debts. 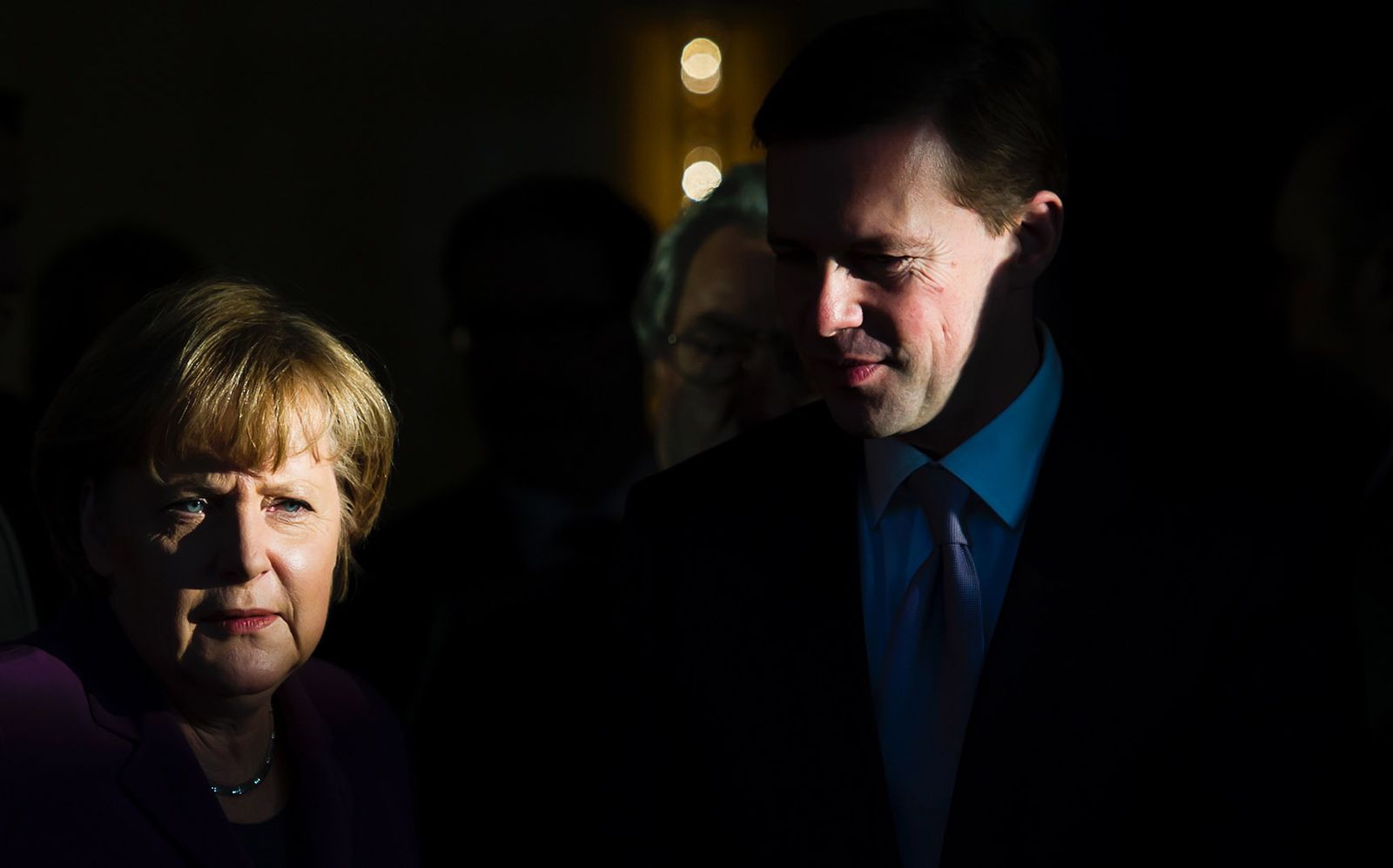 Chancellor Merkel must give up more power to save the euro.