The death of historian Marie Sophie Hingst, who was found lifeless in her apartment in mid-July, bothers me by day and keeps me awake at night. I find myself occupied by the same question that others are also asking in the wake of this dramatic event: Was it right and necessary to report about the young woman and her lies?

My article, which was published on June 1 in DER SPIEGEL, had a prehistory. Her lies were first noticed by a handful of researchers who came together by chance. A historian, a lawyer, an archivist and a genealogist specializing in Jewish families all independently noticed inconsistencies in the blog "Read On My Dear, Read On," written by Hingst. The group corresponded via Facebook and email, and discovered the Jewish family biographies she had written about on her blog were false, and that she had falsely registered 22 alleged Holocaust victims at Yad Vashem, the Holocaust memorial center in Israel, to support her claims.

When Hingst reacted aggressively and angrily to numerous calls for her to stop spreading her stories and for her to withdraw the Yad Vashem entries, two renowned German historians were asked to intervene, but they never did. I was ultimately informed because, together with Moritz Gerlach, I had brought a similar case to light the previous year: the story of Wolfgang Seibert, a con man who had added fictional Holocaust victims to his family history on his way to becoming chairman of the Jewish community in Pinneberg, a town near Hamburg.

After further research, I asked Hingst for a meeting in Dublin. The conversation, which took place in May, centered on her recently published book "Kunstgeschichte als Brotbelag," a coffee-table book depicting replicas of well-known paintings in the form of open-face sandwiches, and on her supposed Jewish family history. Her responses to my criticisms of her biographical fabrications were both focused and confident and she was rhetorically skillful in her defense. At the end of the conversation, I gave her a detailed list of questions to give her the opportunity to take more time with her answers should she so desire. But she chose not to. If Hingst had offered a public correction of her false stories during or after our conversation, the article never would have been published in the form it was. Eight days separated our conversation on May 23 from the publication of the story and they passed without any action taken on her part.

The Berlin correspondent of the Irish Times, Derek Scally, met with Marie Sophie Hingst about a week after the article's publication and he painted a very different picture of her. His profile portrayed her as a confused, helpless person desperately clinging to her Jewish family legend. He claims that I failed to notice the catastrophic psychological state that Hingst had been in. But when I met her, she did not seem in any way frustrated or depressed. Rather, she came across as confident, combative and determined. He only encountered her after the collapse of her fictional identity. We may have met the same person, but in two completely different states.

Scally's article triggered a powerful response across social media. Many of the comments viewed her claim quoted in the Irish Times that she had felt "skinned alive" by DER SPIEGEL as proof of emotional cruelty. The fact that Marie Sophie Hingst had systematically spread lies about relatives whom she claimed had died in the Holocaust -- not only on her popular and award-winning blog, but also in public talks in front of large audiences -- is instead treated as a permissible sin, or isn't even mentioned.

Doerry and Hingst in Dublin

Hingst's lies, however, should be seen by real Holocaust survivors and their families as a mockery of the victims. Furthermore, these fabrications provide Holocaust deniers with ammunition. If -- as in the Hingst case -- some victims were invented, then perhaps many more victims were invented as well. It bothers me that this point must still be made. And it also bothers me that some comments refer obliquely to the fact that my grandmother Lilli was murdered in Auschwitz, the suggestion being that I am a bit oversensitive on this topic. Perhaps, though, it is those Germans who didn't lose any relatives in the Holocaust who should be especially sensitive in cases like these. 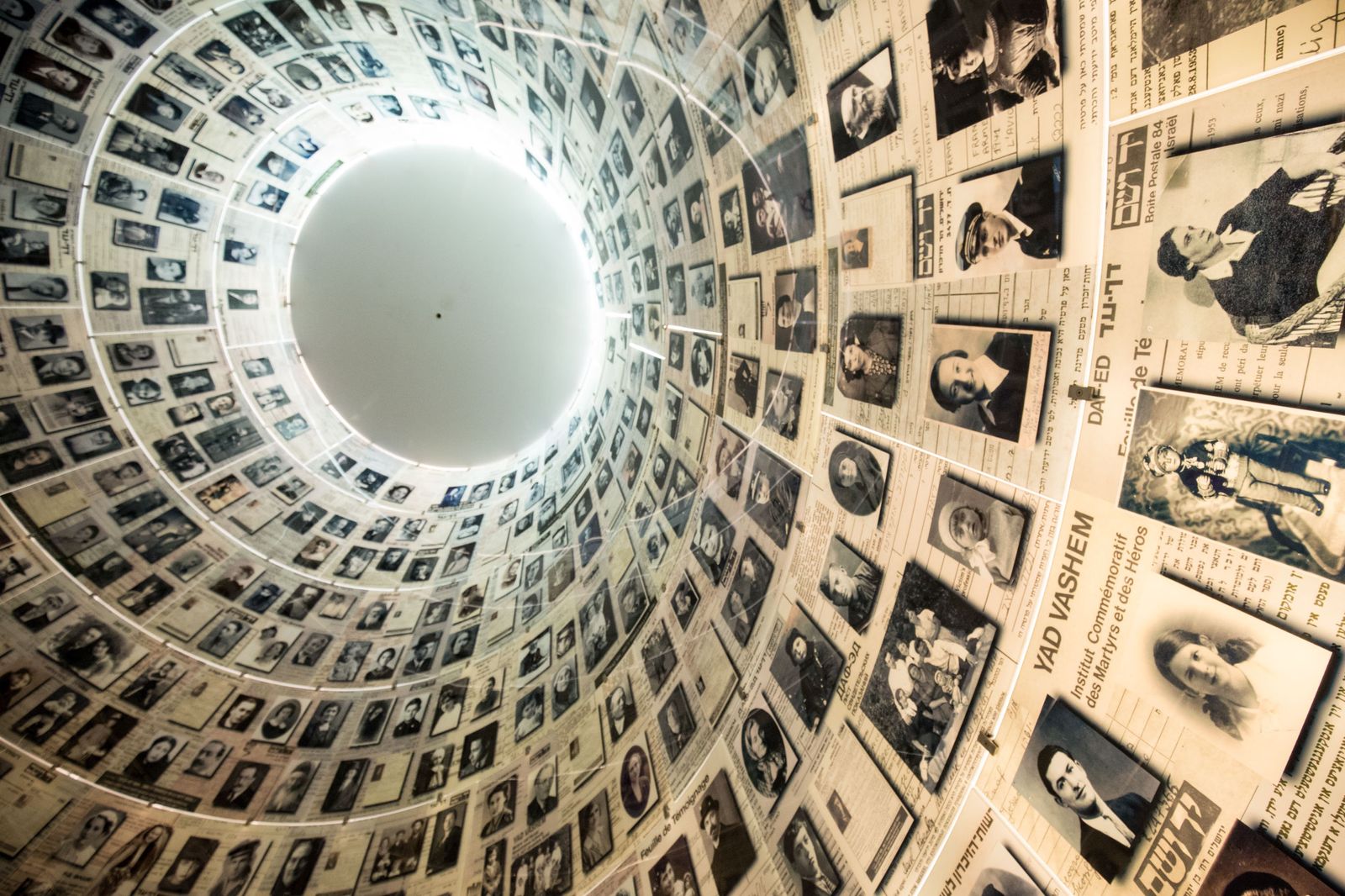 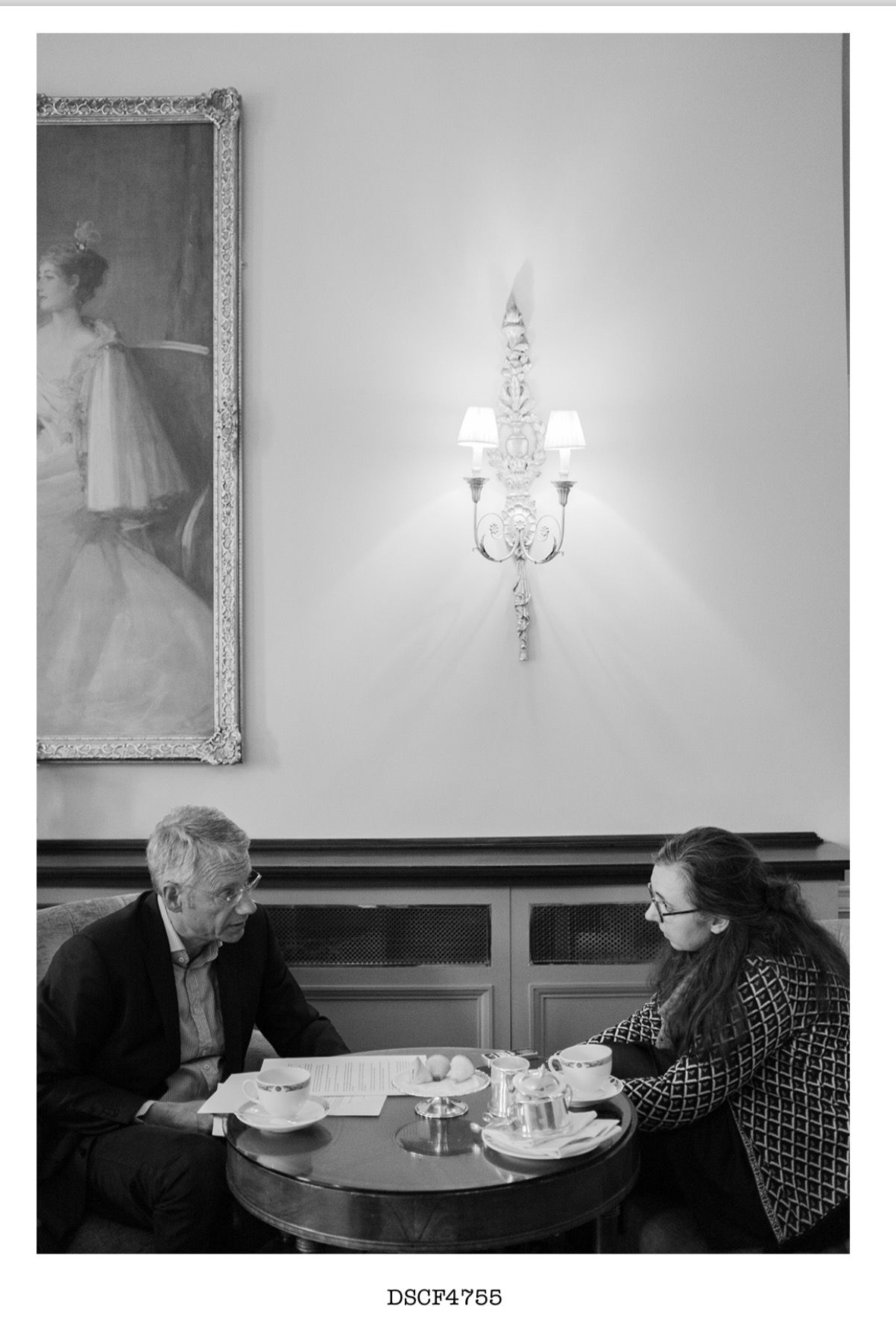 Doerry and Hingst in Dublin