The journalists' visit to the Paris-based headquarters of French automaker Renault kicked off in a very French way: with an almost two-hour lunch. It was naturally not a simple affair in the company cafeteria. The meal at the nearby Cap Sequin restaurant boasted three artery-clogging courses, a bottle of white wine and a wonderful view of the Seine River followed by coffee and chocolates. At about half past two, it was finally time to get back to work, though it was somehow difficult to do so.

For decades, France's economy has violated established laws of economics and not just because of the cholesterol-packed lunches. There's also the fact that France is the world leader in terms of vacation days, has a nationwide 35-hour work week and allows its citizens to retire at 65, two years earlier than in Germany. On top of that, France has strict regulations regarding employee termination and a swollen public sector. Nearly 57 percent of France's economic performance flows through state hands. That figure is about 10 percent higher than in Germany and a record level among industrialized nations.

Now France has elected François Hollande, a Socialist president whose most important pledge was "More of the same!" He has called for public-sector jobs financed with a 75 percent tax on top earners, and more time to enjoy retirement. Indeed, while Germany just boosted its retirement age to 67, its western neighbors might soon be able to leave the working world at 60 with a full pension.

Given these facts, it should come as no surprise that France is struggling with a few economic problems: major budget shortfalls, persistently low economic growth and a high youth-unemployment rate. Even more astounding, however, is just how good the French are doing despite their idiosyncratic economic model. Admittedly, per capita economic performance is 8 percent lower in France than Germany, after adjusting for differences in purchasing power. But considering that the French have been the world champions of savoir vivre for decades, while the Germans have been self-denying work horses, that 8 percent difference doesn't really seem so big.

In other words, a country that according to established economic laws should be playing in the same league as Greece has defied the odds to keep pace with Germany. How did this happen?

Second, the country is living off of stockpiles from years of plenty.

And third, a number of mechanisms that don't reconcile with the doctrine of market economics function fairly well in France.

Consider the statistics: Despite having long vacations and a 35-hour work week, the average employee in France works even more than the average German. The French spend more time in the office than required by law. But, most importantly, there are far fewer part-time workers in France. In Germany, 27 percent of all employees, mainly working moms, work less than full time. In France, the comparable figure is only 19 percent, partly because the state provides first-rate child care services.

An Economic Model Killed by the Euro

Still, one thing is clear: France is currently living off the prosperity of decades past. "Up until the introduction of the euro, France actually had an economic model that was unique and completely functional," says Matthias Kullas, an expert on France at the Center for European Policy (CEP) in the southwestern German city of Freiburg. "In contrast to Germany's 'economic miracle,' economic build-up (in France) in the 1950s and 1960s came about through a high degree of state planning." In the end, Kullas continues, France kept its economy competitive by continually devaluing its franc against the German mark. Since the launch of the euro, Kullas explains, devaluation is no longer an option for France and "the system's weaknesses have only become more obvious."

In France's bureaucratic jungle there are few small and mid-sized companies. In Germany these Mittelstand firms drive innovation and offer trainee programs to younger workers. What's more, while France's rigid labor laws provide security to those who already have a job, young people looking for positions have a hard time breaking into the closed system. Growing competition from up-and-coming industrial nations, such as China, also put French companies at a disadvantage against their German counterparts.

France still counters some of the prejudices of free market economics. For example, there is the belief that having a large public sector is always bad for an economy. But, in France, the most successful corporations are thriving precisely because of their proximity to the state. "In Germany, politicians and top executives are at odds against each other," says Joachim Bitterlich, former foreign-policy adviser to Helmut Kohl, Germany's chancellor between 1982 and 1998. "While in France it is much more of a given that they will play ball together," says Bitterlich, who is now the executive vice president for international affairs at Veolia Environnement, one of France's largest industrial companies. For example, he says, when the French government went looking for someone to buy its ferry service SNCM, an ailing, but highly sensitive political firm given its importance, Veolia jumped in to help.

The French government continues to see itself as a door-opener for French companies hoping to do business abroad. From his days serving as Germany's ambassador to Spain in Madrid, Bitterlich remembers how the foreign-trade department at the German Embassy had three employees while its French counterpart had 100. Germans believe in Ordnungspolitik, that the government should create the regulatory framework needed to promote free competition but then steer clear of economic intervention. The French, on the other hand, believe the state and the economy can cooperate, which actually works surprisingly well. It also helps that many executives and public officials already know each other because they attended the same elite universities, such as the Ecole Nationale d'Administation (ENA) and the HEC Paris business school.

"The French Mittelstand may be weak," Bitterlich says, "but corporations such as Accor, Danone or Saint Gobain are global market leaders in their segment. They are led at least as efficiently as large German companies."

The end of the journalists' luxurious business lunch illustrates this duality of the French economy. All of those attending the lunch happened to come from Renault's German subsidiary. When they returned from the restaurant to company headquarters to meet with a senior French executive, they found her crumbling up the wrapper of a Twix candy bar. "My lunch," she mumbled between chews. 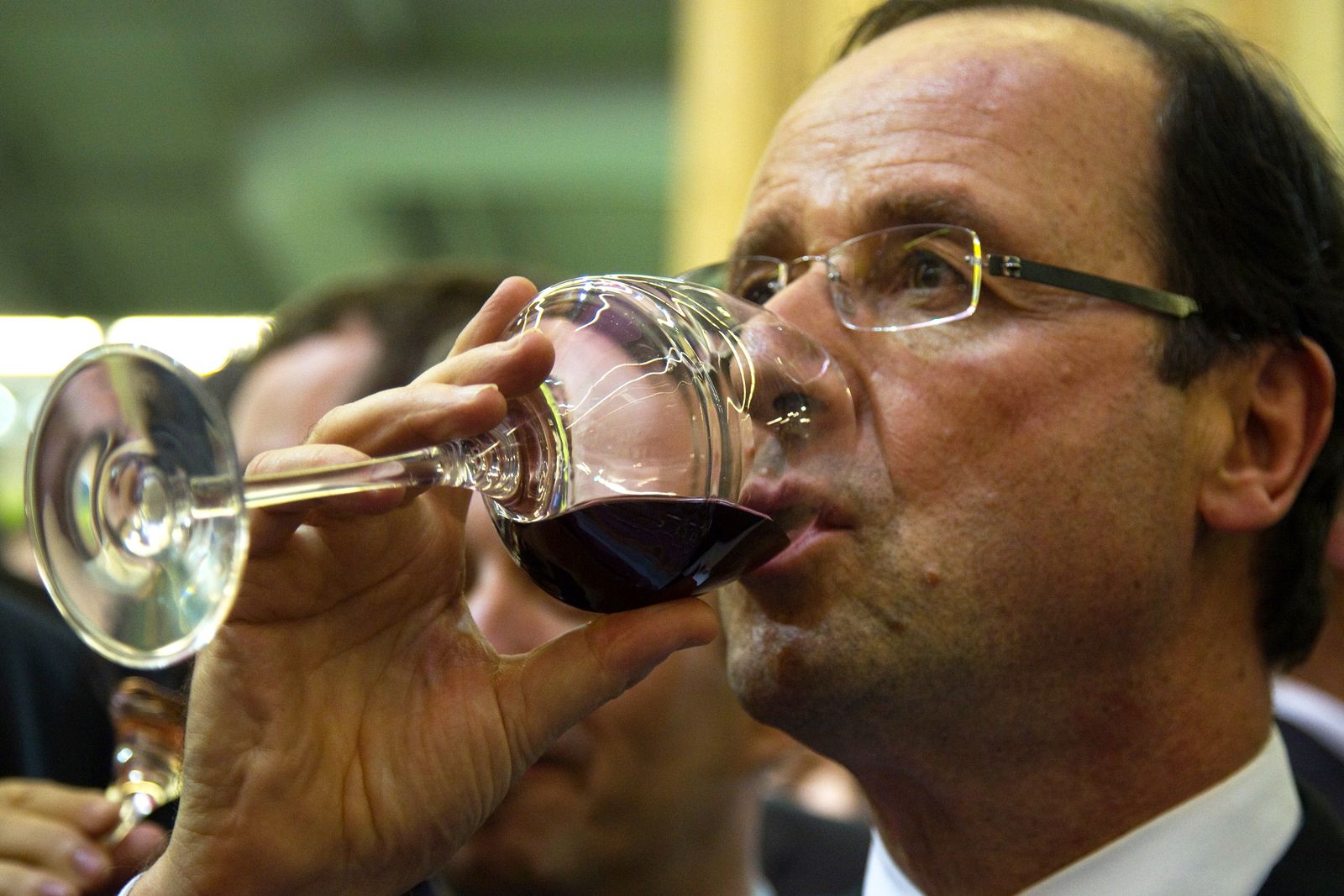