It was a familiar scene: A handful of WikiLeaks fans waved banners bearing the slogan "Free Julian Assange," cameramen jostled for position and the WikiLeaks founder appeared briefly with his lawyer Jennifer Robinson before quickly disappearing into the courthouse.

It was the sixth time since his detention in London last December that Assange has appeared in court. And on Thursday, the Westminster Court reached a verdict in the extradition proceedings against him. As expected, Judge Howard Riddle ruled that the allegations of rape and sexual molestation against Assange were grounds for extradition and that the Swedish warrant was correctly issued.

The extradition, however, isn't likely to happen any time soon. Assange's lawyer Mark Stephens immediately announced that he would appeal the verdict at the London High Court. From the very beginning, he made it clear that he would use every legal tool at his disposal in an effort to prevent the extradition. Should the appeal fail, there remains the possibility of pursuing the case to the UK's Supreme Court or to the European Court of Human Rights. The appeals could take many more months to sort out.

Swedish prosecutors filed a European arrest warrant in December for the 39-year-old Australian Assange, after two Swedish women filed complaints against him. One woman accused him of not wearing a condom, against her will, during sexual intercourse, while the second said he had sex with her while she slept, which can be considered rape in Sweden. Should he be convicted in Sweden, he could be sentenced to four years in prison. Assange has denied the accusations and says they are politically motivated.

The fact that the London court acceded to the extradition requests does not come as a surprise. There was no compelling reason to deny the Swedish requests -- and such requests tend to be granted within the European Union.

Assange's defense attorneys argued that the arrest warrant was invalid as charges have yet to be filed against their client. They also said that he could not expect to receive a fair trial in Sweden. They argued that Sweden could be interested in extraditing him to the US where, they claimed, he could be executed.

The Assange team, however, was able to produce little in the way of proof for their claims. Not only has the US had difficulties formulating potential charges against Assange -- considered an enemy of the state by many in the US due to the publication by WikiLeaks of tens of thousands of secret diplomatic cables last year -- they also found it difficult to prove that Sweden was interested in extraditing Assange to the US. Plus, before Sweden could send Assange to a third country, Britain would have to grant its permission.

The argument that the justice system in Sweden was less trustworthy than the British system also always sounded a bit far-fetched. Swedish Prime Minister Fredrik Reinfeldt had firmly rejected that line of reasoning, emphasizing that the Swedish judiciary is independent.

Judge Riddle took the same point of view. In the court's ruling, he dismissed the defense's objections point by point. The European arrest warrant was based on a system of mutual respect among EU states, he wrote. There was no reason to doubt the accuracy of the information provided by Swedish prosecutor Marianne Ny, he said, adding that the warrant was valid.

Riddle also agreed with the argument that Assange had tried to evade questioning by Swedish investigators in September. In his judgment, Riddle criticized the lapses in memory of Assange's Swedish lawyer, who claimed at the hearing to no longer know exactly when the Australian had left the country.

No Danger of Execution

When it comes to the issue of a possible extradition to the United States, Judge Riddle noted that there was no evidence that Assange was in danger of being tortured or executed, adding that Assange's lawyer was "right not to pursue this point" in his closing argument. He also said he did not know whether an extradition agreement existed between Sweden and the United States because no evidence had been presented on that subject.

Afterwards, Assange told journalists that he had never claimed that the CIA or the Pentagon were behind the rape allegations. Instead, he claims to have merely asked for a closer examination of the way the allegations had been handled in Sweden.

The US Department of Justice is considering legal action against Assange for publishing secret government documents on the WikiLeaks website. According to Alan Dershowitz, Assange's American lawyer, his client does not need to be overly worried about charges in the United States. WikiLeaks' actions were legal, Dershowitz told SPIEGEL in a recent interview. The veteran lawyer has also accused the United States of using double standards in Internet-related matters.

"If they try to prosecute Assange for merely publishing material, we will have a very strong defense," Dershowitz said. "Under the Pentagon Papers case, which I was also involved in 40 years ago, there is a right to publish this kind of material."

For now, however, Assange has to take responsibility for his actions in his personal life. Until the final decision is made on his extradition, he will be staying in Ellingham Hall, a country house in the English county of Norfolk, where the founder of London's Frontline Club has put him up since December. He is out on bail, is not allowed to leave the country and has to report daily to the local police station.

Assange's hope that he could stay in the UK has suffered a major setback. It will be hard to appeal against Thursday's verdict -- his lawyers will struggle to come up with new arguments or find new evidence. 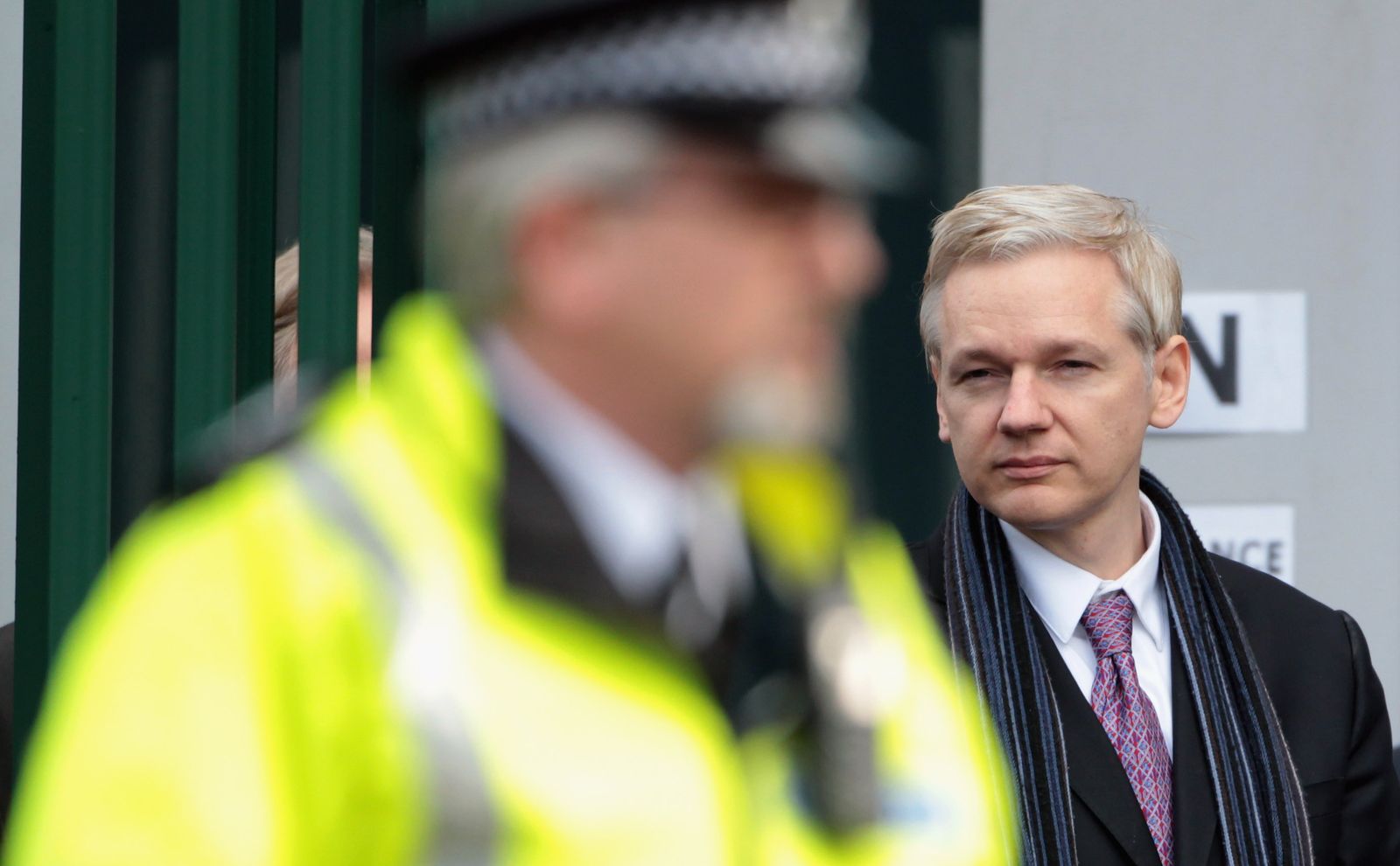 A London court ruled on Thursday that WikiLeaks founder Julian Assange could be extradited.