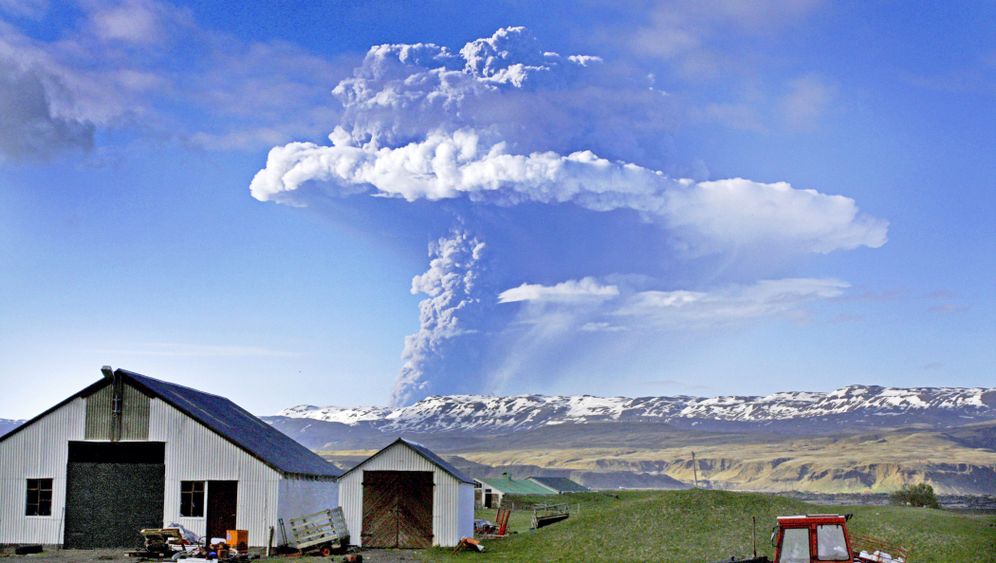 Just over a year ago, the ash plume spewed by the Eyjafjallajökull volcano in Iceland led to massive disruptions of flights all across Europe. Now, the eruption of another major Icelandic volcano, the much easier to pronounce Grímsvötn on Saturday, is triggering fears we might be experiencing deja vu.

On Monday, officials at Eurocontrol, Europe's air traffic agency, announced they did not expect the Grímsvötn eruption to have any immediate effect on European airspace, but authorities there and at the European Union in Brussels still expressed some concern. "There is a risk that some ash cloud may reach parts of northern Europe in the next 48 hours," the Eurocontrol statement read, citing information from the Volcanic Ash Advisory Center (VAAC) at Britain's Metropolitan Office in London.

According to the Met Office, the amounts of ash that make it to the United Kingdom will depend on volcanic activity and weather patterns. "We will continue to monitor the weather and warn the appropriate agencies if the ash heads for the UK," the office said on its website. On Monday, Britain's National Air Traffic Services (NATS), which handles air traffic control for British airspace and the eastern part of the North Atlantic, said it was closely monitoring the eruption but, "at present, there is no impact."

'A Possibility of Ash Affecting the European Airspace'

Nevertheless, ash cloud fears led shares of European airlines to dive steeply on markets on Monday, where those of Lufthansa, Air France-KLM, Scandinavian and the International Airline Group (IAG), which owns British Airways and Iberia, declined by as much as 4 percent. Investors are still reeling from the close to €5 billion in damages and lost revenues caused by the 2010 Eyjafjallajökull eruption, the greatest closure of European airspace since World War II, which stranded millions and led to the cancellation of most flights across the continent for nearly a week.

"There is at the moment a possibility of volcanic ash affecting the European airspace, starting with the northwestern area like the UK and Ireland possibly today or tomorrow," Helen Kearns, spokesperson for European Transportation Commissioner Siim Kallas, said Monday. "Beyond that it's very difficult to predict the precise timing, or even to go beyond that and predictions as to how it could possibly affect other parts of the EU." Hearns said that Kallas planned to telephone with transportation ministers across the EU on Monday to discuss the situation.

In Germany, Transportation Minister Peter Ramsauer said: "Currently and in the next few days, there is no reason to fear any developments like those which took place a year ago in April." Ramsauer added that Berlin would only impose a flight ban if the ash content reached a concentration of 2 milligrams per cubic meter of air. "I believe that with this measure, Germany is well prepared -- and that we have taken the necessary precautions," Ramsauer said. The transportation minister also called on the European Union to create unified rules for dealing with volcanic ash and air safety in order to prevent the kind of chaos experienced in 2010.

Despite initial fears, however, the eruption is not expected to have consequences as disruptive as those of Eyjafjallajökull. "It is not likely to be anything on the scale that was produced last year when the Eyjafjallajökull volcano erupted," University of Iceland geophysicist Pall Einarsson told the Associated Press. "That was an unusual volcano, an unusual ash size distribution and unusual weather pattern, which all conspired together to make life difficult in Europe."

Grímsvötn is Iceland's most active volcano and the latest eruption was no surprise to scientists, who expect the event to have minimal impact, even if the ash plume does reach continental Europe later this week as some scientists are anticipating. Because the weight of the ash particles being released by Grímsvötn is greater than the fine dust-like particles dispersed by Eyjafjallajökull last year, they are expected to fall to the ground more quickly, making it unlikely that the eruption will lead to a repeat performance of the enduring chaos caused by Eyjafjallajokull.

The eruption's effects were already felt on Sunday when Iceland's four main airports cancelled most flights, including those by Icelandair, which operates numerous routes between North America and Europe. The plumes of smoke reached jet-flying altitude and a 220 kilometer no-fly zone (120 nautical miles) has been established around the volcano. Officials say that such measures are standard procedure. The Icelandic Coast Guard plans to fly a plane with experts from the University of Iceland over Grimsvötn on Monday to assess the potential danger posed by the ash to air traffic.

Situated under the Vatnajokull glacier, Grímsvötn occupies an uninhabited area in the southeast of Iceland. The spreading ash has already affected residents of towns as far as 400 kilometers (249 miles) away, making for apocalyptic photos of deserted farms and darkened city streets.