In the aftermath of the Second World War, Winston Churchill called for the creation of a "United States of Europe" to bind France and Germany together. In doing so, he made clear that Britain would be a supportive but independent partner of any such entity. He famously said: 'We are with Europe but not of it."

In the end, Britain did join the European Economic Community but only in 1973, 15 years after the Treaty of Rome was signed. We joined the Social Chapter in 1997, eight years after it was adopted by other member states. And we never signed up to Economic and Monetary Union or the Schengen Agreement on common borders.

In other words: Britain was always a bit late to the party. But once it found its way to Belgium, Britain had an uncanny knack of winning the big strategic battles. It is therefore a puzzle that the current British government has diverted its attention from winning the next round of key policy debates in Brussels and, instead, focused on a pointless exercise of seeking treaty change to repatriate powers. Britain should stop wasting its time with this futile endeavour and concentrate on aligning the EU's institutions with an agenda of growth and democracy.

While Britain's political leaders have been cautious and incremental in expanding the UK's involvement with Europe, they have been phenomenally successful in shaping its institutions to British strategic goals:

First, the UK succeeded in ensuring that "broadening" rather than "deepening" was the underlining objective of the EU over the last two decades. From 12 member states in 1973, the EU expanded to 15 in 1995, 25 in 2004 and has recently accepted its 28th member with the accession of Croatia. While Turkish membership may be a way off, Macedonia, Montenegro and Serbia are all candidate countries.

Second, the different voting systems used by the EU's institutions tend to favour British interests. For example, the single market, which most Britain's are united in supporting, and the regulations that help create and preserve it have been advanced using Qualified Majority Voting. Meanwhile, issues where Britain exerts more caution -- such as tax harmonisation, redistribution, and defence -- have to be agreed on the basis of unanimity. These were all "red lines" during the negotiations last decade on a new European constitution.

A Constructive Role for Britain?

Third, despite successive attempts by federalists to see it expanded, the EU's budget has been kept below 1 percent of GDP across the continent and Britain has successfully defended its budget rebate which was secured by Margaret Thatcher to compensate for the high net cost to the UK of the Common Agricultural Policy.

Fourth, as outlined above, Britain has ensured that "variable geometry" has been possible on new areas of co-operation. As a result, other member states have gone faster on economic and monetary union, and on common borders. The current debate about justice and home affairs powers is another example where the British government, if it can reach its own consensus, is able to go at a different speed to the rest of Europe.

Fifth, Britain has dictated much of the EU's common foreign and security policy. The E3 negotiations between Britain, France, Germany and Iran were a London-led initiative. Meanwhile, Britain was instrumental in pushing for a European External Action Service. In difficult circumstances, Commission Vice-President Catherine Ashton helped to shape that institution.

Given these successes, Britain might have been expected to play a constructive role in helping the EU deal with the two most fundamental challenges of the current crisis: growth and democracy. The global financial crisis has put a huge strain on the Union and the euro-zone countries in particular. Those on the periphery of Europe, which developed current account deficits during the last decade, have been unable to devalue in order to enhance their competitiveness as would normally take place. Instead they have been forced to undertake painful cuts to public spending in combination with tax increases in an attempt to bring their deficits under control. As a result, the euro zone as a whole fell into a double dip recession last year and around half of EU member states contracted in the first quarter of 2013, though the situation now appears to be improving. Far from achieving fiscal consolidation, all but nine of the EU28 countries saw debt levels increase in the final quarter of 2012.

As a result of the economic malaise, but also due to a sense of detachment from EU decision-making, public support for the EU is on the wane across the continent. Britain's antipathy has long been a feature of public opinion research but other countries are now following suit. Research by Pew found that the number of Europeans who are favourable about the EU fell from 60 percent in 2012 to 45 percent in 2013. Among the eight countries surveyed, the biggest fall in support came in France (down 19 percentage points), Spain (down 14 percentage points) and Germany (down 8 percentage points). Support in Britain fell by a more modest 2 percentage points but from a low base of 45 percent.

The UK government could have been constructive in addressing these two challenges but instead it has created a degree of instability for the British business community by calling for a repatriation of powers and a referendum on the continued membership of the EU. The 2010 Tory party manifesto set out that a Conservative government would, "negotiate for three specific guarantees -- on the Charter of Fundamental Rights, on criminal justice, and on social and employment legislation -- with our European partners to return powers that we believe should reside with the UK, not the EU."

The Cabinet Office launched a "review of the balance of competences" with terms of reference to "look at where competence lies, how the EU's competences, whether exclusive, shared or supporting, are used and what that means for our national interest." This bureaucratic process covers 32 different reviews of policy areas including trade and investment, social and employment, and fundamental rights. It is expected to conclude in the autumn of 2014.

TheFresh Start group of over 100 euro-sceptic Conservative MPs has pre-empted the conclusions with their own set of recommendations, published in January 2013. One motivation for the group's work appears to be to hack away at workers' rights. In 2011, a report for the government by Adrian Beecroft concluded that "much of employment law and regulation impedes the search for efficiency and competitiveness … [and] simply exacerbates the national problem of high unemployment." Many of the recommendations were buried by the Conservative's coalition partners, the Liberal Democrats, but the report remains a cause célèbre for Tory backbenchers.

Consistent with this, the Fresh Start report includes a call for EU treaty revisions to, among other ideas, "repatriate competence in the area of social and employment law to Member States." Foreign Secretary William Hague wrote a foreword. While he did not endorse all the ideas, he wrote that it was "doubly welcome" and "will be essential reading for all of us when we come to write the Conservative Party's next general election manifesto."

If these ideas became formal British government policy, there is very little to suggest that EU member states would be willing to negotiate with the UK on a new relationship. Commission President José Manuel Barroso has said that there are no supporters on the continent for a British repatriation of powers. One MEP told The Economist that, "goodwill towards the UK is rapidly running out in Europe."

Over the period that British energy in relation to the EU has focused on repatriating powers, the UK has seen its leadership role in Brussels diminish. Figures collected by the Vote Watch website indicate that Britain is losing more votes in the European Council than at any point in recent history. In 2009-10 and 2010-11, the UK lost just 2 percent of Council conclusions that went to a qualified majority vote. In 2011-12, the year in which David Cameron walked out of the Council meeting, the number of defeats rose to 5 percent. In 2013, it has increased to 7 percent. There is a widespread view in Brussels that there are many more instances which do not come to a formal vote when Britain is now on the losing side. This decline in power is mirrored within the Commission where the share of British staff has fallen by 24 percent to 4.6 percent over seven years.

Instead of losing votes in the Council, proposing unrealistic treaty changes, and creating bad will, Britain should be working at the heart of Europe to enhance prosperity and democracy.

In relation to growth, the British government should have played a greater role in helping resolve the euro-zone crisis. This should have involved a four-pronged programme.

First, the EU should have encouraged greater flexibility on fiscal targets so that countries suffering rapid increases in employment could ease off spending cuts (a policy belatedly adopted by the Commission).

Second, the EU should have called for more rapid action by the European Central Bank and the European Systemic Risk Board to create proper macro-prudential regulation to complement the existing proposals for a banking union.

Thirdly, the EU should have developed a more stringent and symmetrical monitoring of current account imbalances to prevent core countries like Germany building up massive surpluses at the expense of deficits on the periphery. If Britain had been at the forefront of efforts along these lines since 2011 it could have helped prevent the euro zone's double dip recession.

Fourthly and looking forward, the UK should encourage the appointment of a new growth commissioner within the next European Commission. He or she should ensure that the new budget for competitiveness in the multi-annual financial framework is focused in the right areas, including funds to help the crisis countries make structural reforms to their countries such as tax resilience, labour market reform, childcare expansion, skills enhancement and pension reform. In recognition that Europe's future prosperity depends on staying at the technological frontier, there should be increased resources for joint research and development projects, particularly focused on encouraging a transition to a low-carbon economy across the EU. Third, the commissioner should push for enhanced co-operation on services and a digital single market.

To reinforce democracy, new measures are necessary to enhance the legitimacy of the EU's institutions. The UK government should support the efforts to ensure that a single figure from the party grouping gaining most votes at the 2014 European election should become the next president of the Commission and Council -- a reform that does not require treaty change. This should go hand-in-hand with a rebalancing of the EU's institutions away from the Commission, with the power of initiation residing in the Council and Parliament. Meanwhile, individual commissioners should be accountable to their national parliaments for the work of the whole Commission.

Britain should encourage a renewed focus on improving the stock and flow of EU regulation with old regulations being scrapped on a simple majority Council vote. National parliaments should be given an enhanced role in blocking new legislation and identifying old legislation that could be amended or repealed. National consultations should take place to devise lists of EU legislation that citizens would most like to remove or significantly amend. Meanwhile, closer co-operation within the EU should only take place where public opinion supports it as it does in relation to non-military threats, including climate change, organised crime and terrorism, protectionism, the rise of Asia and irregular migration.

These reforms would go a long way to reviving growth and democratic legitimacy in Europe, but the British government has wasted time by focusing on the party interest of the Conservatives rather than on the broad national interest of the UK. This has been to the detriment of both Britain, which has been marginalised in Europe, and of Europe, which has benefited in the past from an engaged and pragmatic Britain. A new approach is desperately needed if Britain and Europe are to get out of their current predicament. 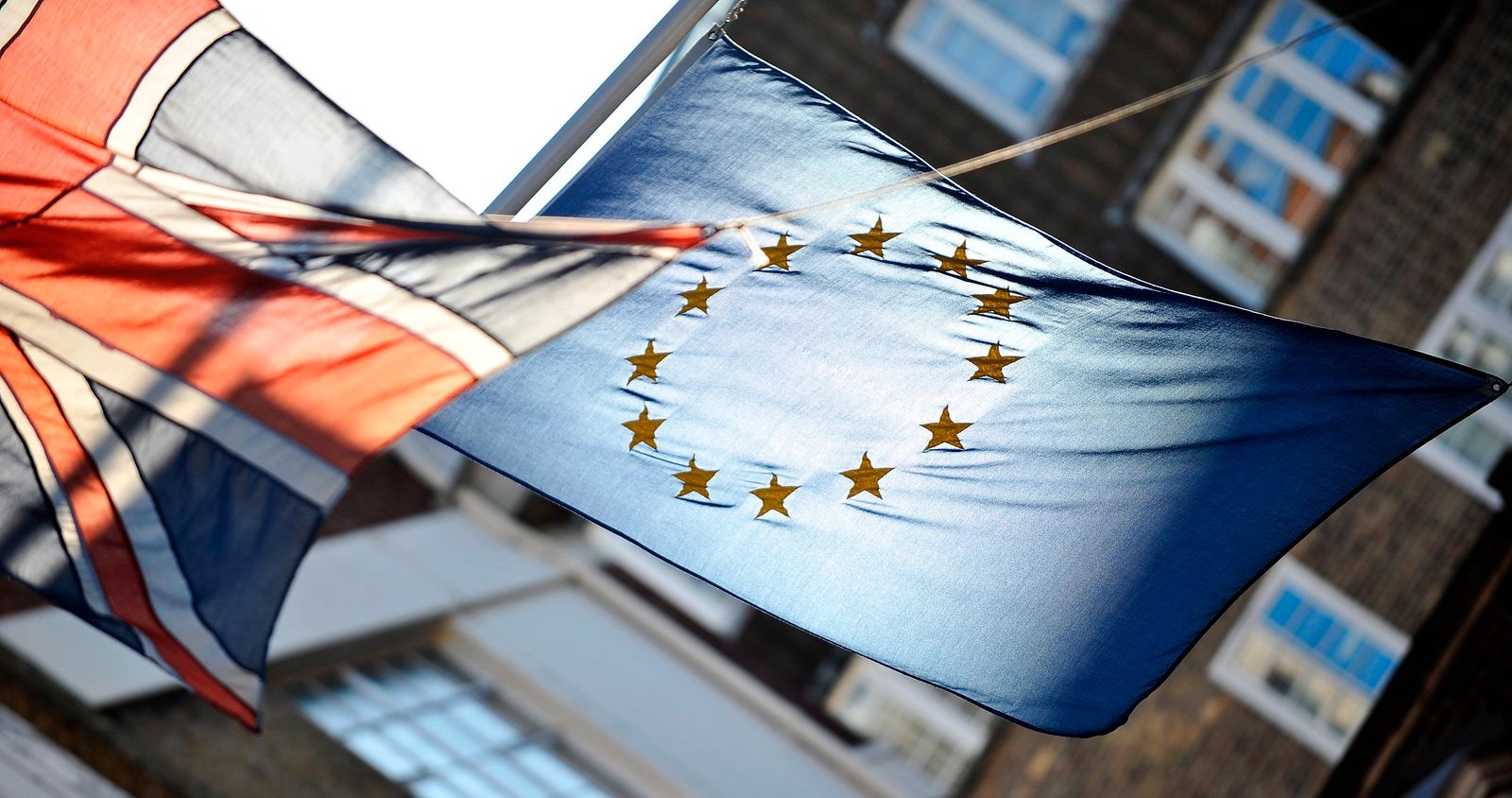 Britain should re-think its approach to the EU, says Will Straw.