Wednesday will be a good day for Enda Kenny. The prime minister of the nearly bankrupt Republic of Ireland will fly to Germany to meet with Angela Merkel, and when the two politicians stand in front of the press, the German chancellor is sure to be generous in her praise of her guest.

For Merkel, Kenny is the anti-Papandreou. A former elementary school teacher who took office eight months ago, the Irish prime minister has cut costs even beyond the agreed amount and is making an effort to balance his budget quickly. Despite a freeze on spending, Ireland's economy is growing, if minimally. And its people aren't throwing firebombs. Their suffering is of the quiet sort, as they cut back and submit to the inevitable.

Kenny spreads optimism where he can. Perhaps as early as next year, he has announced, the country will return to the capital market on a trial basis. Merkel, for her part, sees Ireland as proof that European Union rescue packages can work.

But has Ireland really demonstrated that proof? Is the €85 billion ($116 billion) rescue package imposed upon the country last year by Ireland's EU partners and the International Monetary Fund (IMF) truly enough to save it?

A delegation of about 50 inspectors from the three bodies overseeing the bailout -- the IMF, the European Commission and the European Central Bank (ECB) -- flies to Ireland every three months. For 10 days, they scrutinize the books, take the country's officials and politicians to task, and then inform them what has to happen next.

One Irish financial officer praises the atmosphere during these visits, saying it always remains "calm and professional." And so far, the troika delegation has always left satisfied. Painful though the process may be, Ireland has grimly complied with all of its obligations, and is working to restore its reputation.

"Ireland is very different from the other periphery countries," says Olivier Blanchard, chief economist at the IMF. The island nation has the youngest population in Europe, and most young people in Ireland are well-educated. Major corporations, including chip manufacturer Intel and pharmaceuticals giant Pfizer, operate manufacturing sites here and are strong exporters. American investor Wilbur Ross predicts that Ireland will recover and as it emerges from the crisis, it "will once again become the Celtic Tiger."

At the moment, though, there's not much of the tiger in sight. The deepest recession in Ireland's history has the country firmly in its grip. Nearly all building contractors are bankrupt, and carpenters, masons and electricians are out of work. The countryside is littered with the ruins of Ireland's construction boom, which collapsed in 2008.

Unemployment remains at over 14 percent, and would be higher still if not for the fact that more than 800 Irish people emigrate each week. Those who remain earn noticeably less than they did before the crisis began and are cautious about spending what money they have. Domestic demand has collapsed and banks offer hardly any loans. The Irish even seem to have grown less thirsty, and many pubs have had to close.

During the boom years, Ireland came up with an ambitious plan to invest about €25 billion in its infrastructure annually. At the time, this struck politicians as perfectly affordable. Now, their successors are looking at spending projects with a much sharper eye. Dublin's first subway line, after years in the planning stages, won't be built after all, nor will the prisons whose construction had already been contracted out. A planned highway to Northern Ireland, already approved, likewise fell victim to the need to cut costs.

One official in the Finance Ministry points to the numbers the government and the troika have worked out. They look promising. The country's formidable budget deficit will melt away quickly. Total debt will continue to rise until 2013, but after that it will decrease, reaching a healthy level by around 2026.

But how realistic are these projections? "Even we would be cautious," the official admits.

Irish Growth Hinges on Europe and US

Official scenarios act on the assumption that Ireland's economy, fueled by exports, will grow by up to 3 percent per year. Only under that condition will the budget deficit and debt decrease by any appreciable amount, allowing Ireland to redeem itself on the capital market.

But Ireland itself has only partial influence over its export growth, since the country's development also depends on the economic situations in Europe and the United States. "The Irish future depends on Europe sorting itself out and getting back to growth," warns John FitzGerald, an economist with the respected Economic and Social Research Institute in Dublin.

When the ECB offered its safety net to Ireland a year ago, it required that the country service debt for all holders of bank bonds -- including bonds from those banks whose unscrupulous, risky behavior before the crisis made it necessary to nationalize them. Economics professor Brian Lucey calls this monstrous. "We have to come up with more than €3 billion every year to support bondholders of a dead bank," he explains. Those daring investors, which include many German banks, don't deserve Ireland's tax money, Lucey believes, and he considers this a grave problem for Ireland.

Still, Lucey suspects the prime minister won't say much about that particular topic while in Berlin. "Kenny tries very hard to be the nice guy," he says. 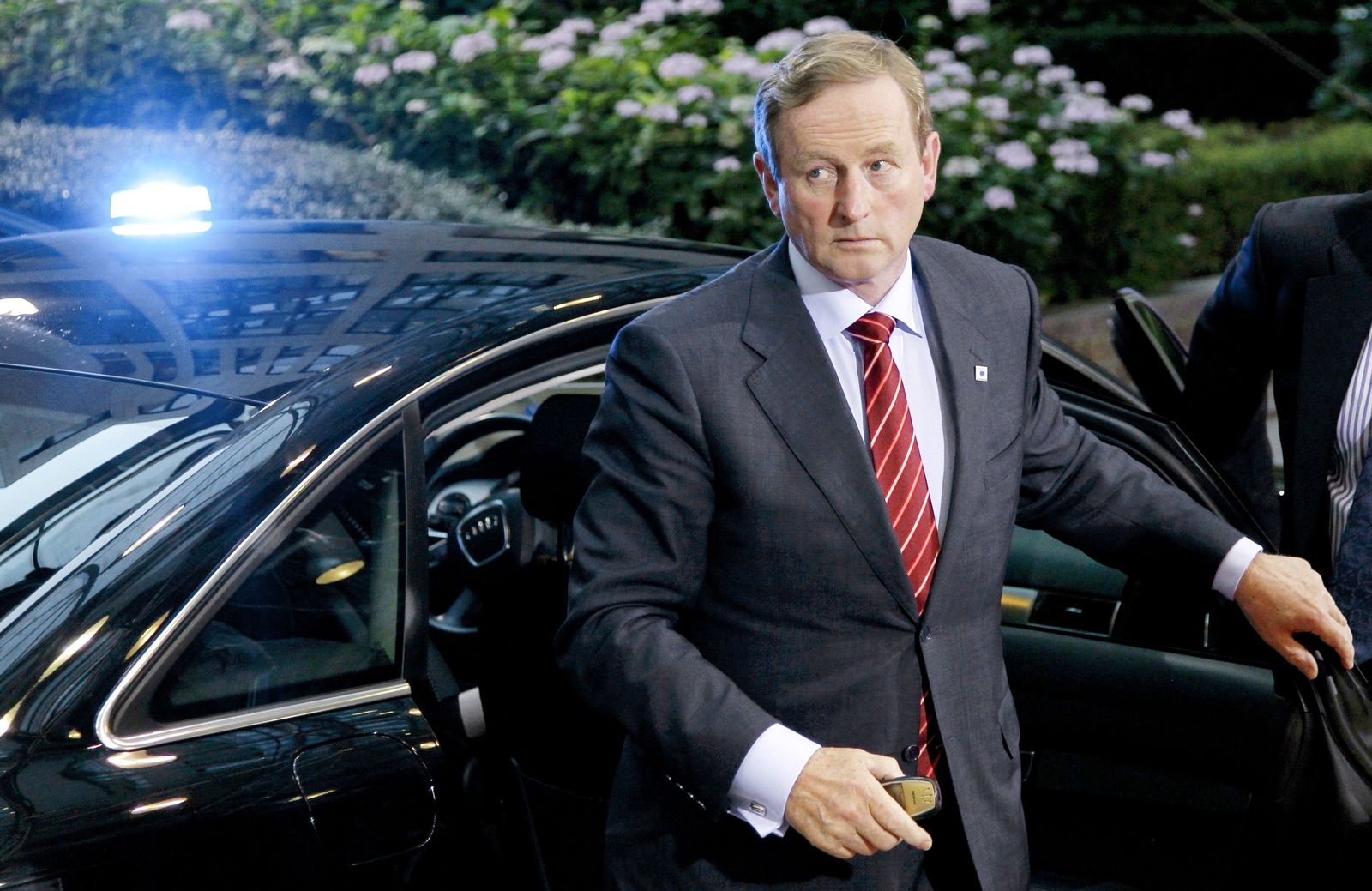 Irish Prime Minister Enda Kenny is visiting Berlin on Wednesday, where he is meeting with Chancellor Angela Merkel.