With much of Western Europe distracted by the euro crisis, China has begun in recent months to intensify its role as an investor in Central and Eastern Europe -- both through loans and the acquisitions of firms. Beijing has estimated foreign currency reserves of $3.2 trillion (€2.52 trillion), and some say the investment spree could be the start of something bigger.

Last month, at the April 26 China-Central Europe-Poland Economic Forum in Warsaw, Chinese Prime Minister Wen Jiabao announced the creation of a $10 billion credit line to support Chinese investments in Central European infrastructure, new technology, and renewable energy. Wen's goal is to reach a volume of $100 billion in trade with Central Europe by 2015, an astounding turnaround for a country that was regarded with deep suspicion by the post-communist countries of Central Europe only a decade ago. And for China, the political benefits of offering such a credit line may be just as important as the economic ones. Indeed, the leaders of 16 countries in the region all traveled to the Polish capital to meet with Wen.

"There is a big economic benefit to China for making a deal like this, because it wants to move out of lower-cost manufacturing eventually, and this is a way of getting a foothold in European markets," said Jonas Parello-Plesner, a senior policy fellow at the European Council on Foreign Relations.

The credit line is only one of a number of major China-related developments in Central and Eastern Europe in recent months. Shortly after Wen's trip, Chinese Deputy Prime Minister Li Kequiang also traveled to the region, announcing a string of deals, including a $1 billion credit line to Hungary for the construction of a Chinese-built rail line to the Budapest airport. Chinese shipping giant Cosco has also said it is considering investing $1 billion to develop the port of Rijeka, Croatia.

And earlier this year, in February, Great Wall Motors, a Chinese automobile manufacturer, began production at a new plant in Bahovitsa, Bulgaria. The company plans to use Bulgaria as a base from which to sell Chinese-designed cars -- first in Bulgaria and its neighboring Eastern European countries, but also in other European Union countries further to the west in the future. The same month, the Financial Times reported that China's LiuGong Machinery acquired Poland's Huta Stola Wola road machinery maker for around $100 million.

Such investments are expected to have a knock-on effect on relations between Beijing and national capitals. "There is political spillover as well," explains Parello-Plesner. "Relations between countries can improve quite a lot if you have these big investment deals."

In fact, the political aspects of the investment may be just as great as the economic ones. China has bought itself goodwill with the credit line for these countries without having spent a dime. Simply because the Chinese are offering a $10 billion credit line to Central Europe doesn't mean that they will spend $10 billion there. Countries including Poland, Croatia, the Czech Republic, Lithuania, Serbia, Slovakia and Hungary will still have to submit project applications to China's notoriously opaque state-owned banks, which may or may not approve them.

Besides, China doesn't have a great track record for building infrastructure in Central Europe. Its highest-profile project to date, the A2 highway between Warsaw and Lodz in Poland, was a notorious failure. The Chinese company responsible for the project, Covec, tried to bring workers from China to build the highway instead of hiring locals. The move resulted in immigration violations, legal entanglements and strong local resentment. Polish officials contracted Covec to complete the motorway in time for next month's European Football Championship. Instead, the Chinese state-owned enterprise that won the highway bid had to pull out in June 2011, just two years after winning the contract, leaving stretches of the highway unfinished. The China Overseas Engineering Group said it had to pull out because of a subcontractor strike -- and because the cost of the project exceeded its expectations by 76 percent.

"Trying to bring in Chinese workers was one of the reasons why that investment went sour," said Eberhard Sandschneider of the German Council on Foreign Relations (DGAP) in Berlin. "One of the lessons Chinese investors will have to learn is that they have to adapt to the local market. And that means adapting to local laws."

In countries elsewhere in Europe where Chinese firms have made investments or acquired businesses, there have also been complaints about the conditions. In Greece, for example, one former dockworker complained of conditions that were straight out of the "Middle Ages." And when China's state-owned energy group Dongfang signed an agreement with a Greek partner for a strategic cooperation in the production of solar energy plants and wind turbines, it stipulated that much of the equipment used in the investment would have to come from Chinese producers.

Still, Central European countries could reap great benefits from their new economic partner. "This is a very good sign of a strengthening of the cooperation between China and Central and European countries, including Poland, and should be perceived as a win-win situation," said Katarzyna Nawrot, an assistant professor of economics at Poland's University of Poznan. "Furthermore, it offers a chance to balance the trade exchange with China, as Chinese exports are dominant in these countries." Nawrot noted that while the trade exchange between Poland and China was more than $19 billion last year, only 10 percent of that came from Polish exports. In Warsaw last month, Wen said he would like to see bilateral trade between China and Poland double in the years ahead.

Nawrot also said that Central Europe's historical skepticism towards China -- particularly the Chinese political model -- was "unnecessary." Poland's history of the "communist burden," she said, "should create a common ground of experiences, shared values and understanding upon which to consolidate cooperation."

Whether or not that cooperation can be consolidated will depend on how dedicated both regions are to making the deal work. And there is a lot of work ahead. To date, Chinese investments in Central Europe have been small. Figures from the Polish Economics Ministry show, for example, that Chinese companies had invested just $246 million in Poland by the end of 2010. With Europe's advanced technology and high-value companies, few markets available to China are as attractive. To boot, Central Europe is also home to low wages and provides access to the single market.

"Central Europe means access to Europe," said DGAP's Sandschneider. "They're looking to get good returns on their investments, and some of these Central European companies are pretty cheap, from a foreign investor's perspective. It's part of globalization. And there's no reason why Europe shouldn't be happy about it. The investments will stabilize companies and save jobs."

Crisis Has Kept European Investors from Being Competitive

The Chinese investments are coming at a crucial time, too. Core euro-zone members in Western Europe, who might have been Central Europe's first choice for investment partnerships, have been sidelined by the euro crisis, financial austerity programs and their own political woes. China, with its tremendous financial resources and seemingly limitless appetite for investment, might prove to be a more stable partner.

"Cross-border banking from Western Europe brought a lot of good things to Eastern Europe, and brought a lot of capital to high-return industries in a lot of areas," said Eric Berglof, chief economist for the European Bank for Reconstruction and Development. "But we have no illusions it will look the same way after the crisis."

"The crisis has prevented European investors from being as competitive as they would like to be," said Sandschneider. "So of course there's going to be an immediate impact."

The question is, how will that impact affect the European Union? While China is investing billions in Europe, European investors haven't had the same freedoms in China, whose public procurement process is often closed to outsiders. The European Commission recently announced a draft regulation allowing retaliatory closures of the EU public procurement market to the Chinese -- rules that could endanger Central European infrastructure projects, for example. But if these same Central European members feel that it's not worth the risk of cutting off their access to China's credit, the policy will fail.

"Here you could say that China is making its own format inside Europe," said Parello-Plesner. "The economic opportunities it is offering could weaken Europe's hand when it comes to fair trade negotiations." 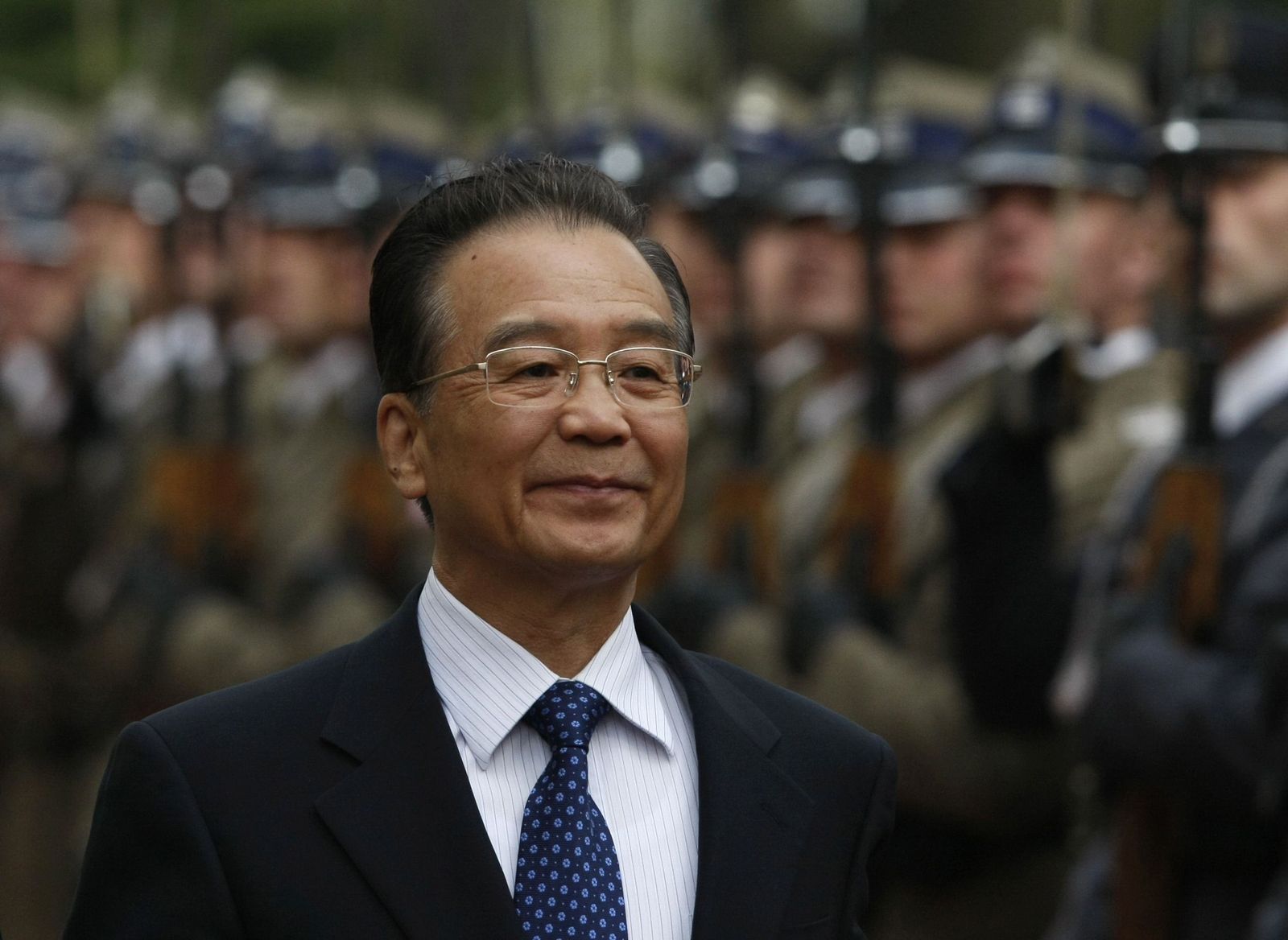 Getting a foothold in European markets: China's Premier Wen Jiabao is pictured here during his visit to Warsaw in April.