The German government is preparing for Greece's possible exit from the euro zone in the event that the country's new government decides not to continue with the previously agreed austerity programs. Experts at the German Finance Ministry have been simulating a variety of scenarios based on different assumptions, SPIEGEL has learned.

A so-called baseline scenario is based on the expectation that the situation does not get too bad. Under this scenario, Greece's exit from the monetary union could even contribute to the strengthening of the euro zone in the long term, following an initial period of turbulence. The thinking goes that the currency union could be more stable without its weakest member.

Admittedly, peripheral euro-zone members like Spain and Italy would still face challenges, but the assumption is that they would be better able to tackle their problems without the additional burden of the Greek crisis. According to the assessment of German government experts, these countries may currently be struggling to get access to money, but unlike Greece they are not close to insolvency.

Under the Finance Ministry experts' worst-case scenario, developments in the euro zone would be less favorable. In this case, Italy and Spain would find themselves in the crosshairs of the global financial markets, and their borrowing costs would rise. In this simulation, the European backstop fund, the European Financial Stability Facility (EFSF) would be forced to supply those countries with fresh money. For this to succeed, the experts argue, the EFSF should be expanded as quickly as possible so that it has an effective lending capacity of €1 trillion ($1.4 trillion).

In addition, the government experts also looked at a so-called worst-worst-case scenario. In this model, Greece's new currency would dramatically devalue against the euro. That would have the positive effect of making the country's exports cheaper, but the negative effects would outweigh the benefits. The country's national debt would rise despite a haircut, because Greece's debts would still be denominated in euros. The country's credit rating would be immediately downgraded again, and Greek companies would struggle to get access to money because the country's banks would also be cut off from international capital markets.

Many firms would go bankrupt because their debts would also be denominated in euros, with the result that many more workers would lose their jobs. Domestic consumption would collapse, aggravating the downturn. The country could take decades to free itself from this vicious circle, and other nations might also be drawn into the vortex. The German government experts do not, however, consider this scenario to be the most likely one. 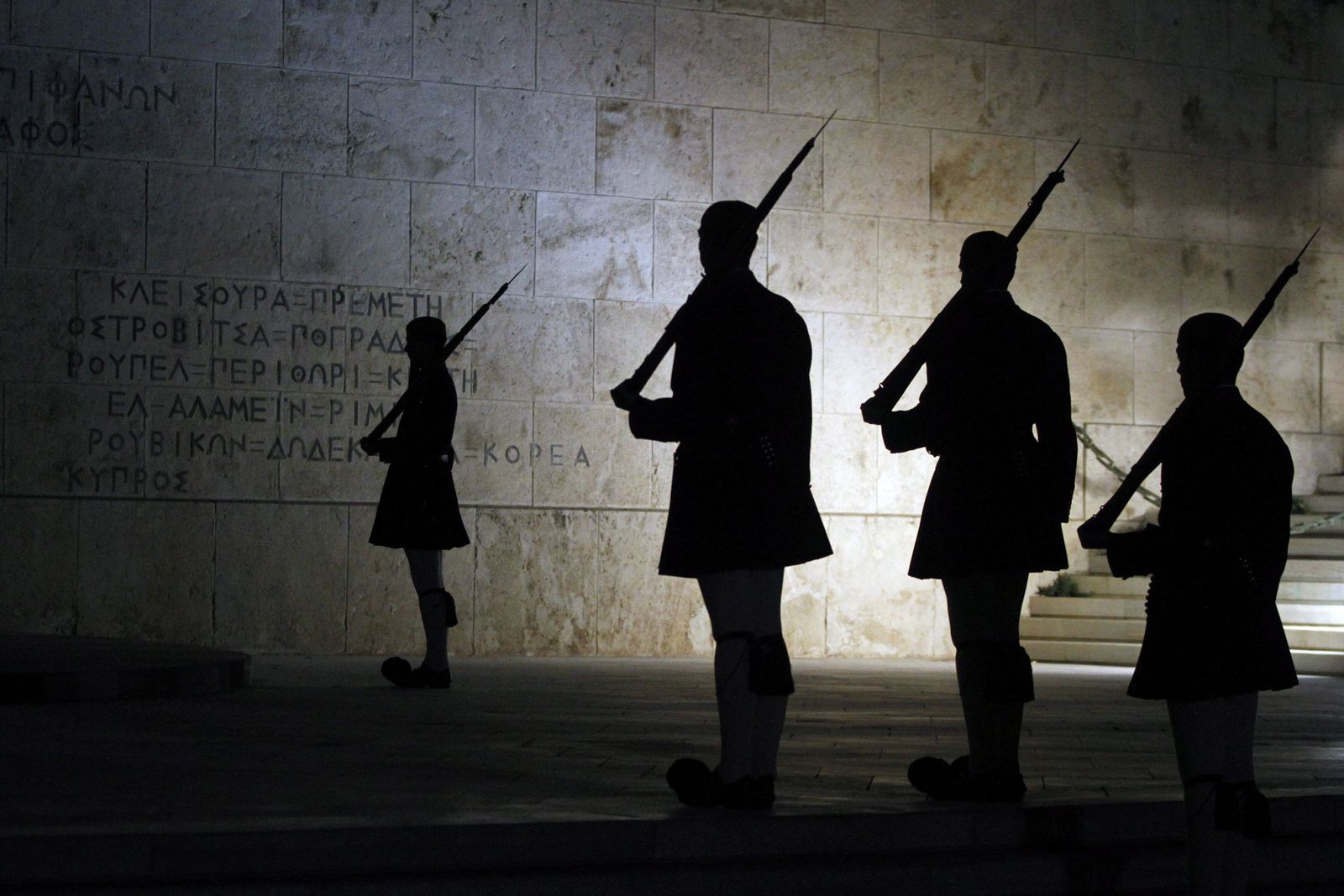 The Tomb of the Unknown Soldier in Athens: The German government has been running simulations to prepare for a possible Greek exit from the euro zone.