In a case that could have consequences worldwide, Germany and Italy are squaring off this week at the United Nation's highest court in a jurisdictional dispute over the right of Italian courts to demand compensation for the victims of Nazi war crimes.

Hoping to quell what has been called "judicial tourism," Germany applied for proceedings in front of the World Court in December 2008, arguing that Italian courts have violated German sovereignty by addressing civilian claims for Nazi war crimes. The row originated from the case of Luigi Ferrini, who in 1944 was deported to Germany as a forced laborer. After an Italian Supreme Court ruled he should be compensated by Germany in 2004, a flood of similar cases have been filed in the country.

Italian courts argue such cases are admissible because state immunity is trumped by crimes against humanity. Germany, on the other hand, worries that a breach of state immunity could create a dangerous precedence for exceptions in World War II cases and beyond.

"The consequences would be severe," German director-general for legal affairs, Susanne Wasum-Rainer, warned judges of the International Court of Justice (ICJ) on Monday. "All inter-state peace settlements concluded after an armed conflict will be put into jeopardy by allowing domestic courts to re-examine and reopen them."

Judges at the ICJ also expect to hear from Greece, where in 1997 a court ordered Germany to compensate survivors and relatives of those massacred by Nazis in the village of Distomo. Greeks remember the Distomo massacre as one of the worst atrocities of the Second World War. Some 218 people, including women and children, were murdered there on June 10, 1944 by a unit of an elite Nazi SS killing squad.

When the ruling for Germany to pay out some €28.6 million ($37 million) was never enforced, Greek plaintiffs turned to the favorable Italian courts, where a judge enforced the original ruling by ordering the seizure of German property in Italy.

Martin Klingner, a lawyer for the Distomo victims' families spoke with SPIEGEL Online about the case at The Hague and what potential rulings could mean for Germany and future war reparations.

SPIEGEL: Mr. Klingner, please explain what's going on at The Hague this week.

Klingner: The Federal Republic of Germany is suing Italy because in various court cases involving victims of Nazi war crimes and their families, Italian courts ruled that their justice system had jurisdiction [to demand reparations].

SPIEGEL: What about Germany's claims of state immunity?

Klingner: The highest Italian court in Rome has said that Germany cannot claim state immunity ... in cases of war crimes, grave human rights violations and in particular crimes against humanity. Here, the principle of of state immunity no longer applies, and the state that committed the crimes or its successor cannot claim immunity.

SPIEGEL: Is this just another trial dealing with the idiosyncrasies of international law?

Klingner: Germany suing Italy is special because on the surface it appears to only deal with international law when, in fact, it will indirectly affect the victims [of Nazi crimes].

SPIEGEL: How does the Greek village of Distomo -- the site of a 1944 Nazi massacre -- come into play?

Klingner: In the case of Distomo, there was a final judgement in Greece, but the Greek court's decision can't be enforced in Germany because it needs the permission of the Greek government, which it doesn't have. With this, the victims turned to Italy in order to facilitate an enforcement on German property in Italy.

Klingner: If you speak to survivors, they will tell you, 'We're not just doing this for us. It's not all about the money, it's about getting what happened to be seen as a crime.' If the countries responsible for committing crimes are brought to justice, then this has a preventative function, they say.

SPIEGEL: What do you expect from the court ruling?

Klingner: How the International Court of Justice stands on this issue remains to be seen. There is a clear tendency in international law to strengthen individual rights, as seen in the proceedings in Greece and Italy. On the other hand, there is realpolitik that one must acknowledge.

SPIEGEL: What factors play into the realpolitik?

Klingner: There are wars being fought all over the world. Some of the judges come from countries involved in these wars and most countries are afraid that victims could sue them individually and that it would become more difficult to diplomatically avert having to pay reparations.

SPIEGEL: What is working in your clients' favor?

Klingner: My view is that the victims have the law on their side, but not the power. The question is how the International Court of Justice will clear up this dilemma.

SPIEGEL: If the court rules in Germany's favor, what will it mean for your clients and their families?

Klingner: Of course, that would be a hard blow. Let's put it this way: It's not the end of all possible proceedings, but for most courts in the world, it's a pretty clear sign.

SPIEGEL: How does Germany justify its reluctance to compensate victims of Nazi crimes?

Klingner: Germany doesn't consider itself obliged to pay any more than it already has. Then come the references to interstate agreements and global accords from the '60s that only ever had a small fraction of the victims in mind and only made minor payments.

SPIEGEL: Is Germany worried this case could become a precedent for future suits about wars Germany is involved in today?

Klingner: Sure. If Germany were to lose this case, and the ICJ said the principle of state immunity didn't apply here, then it would, of course, have an effect on contemporary wars. 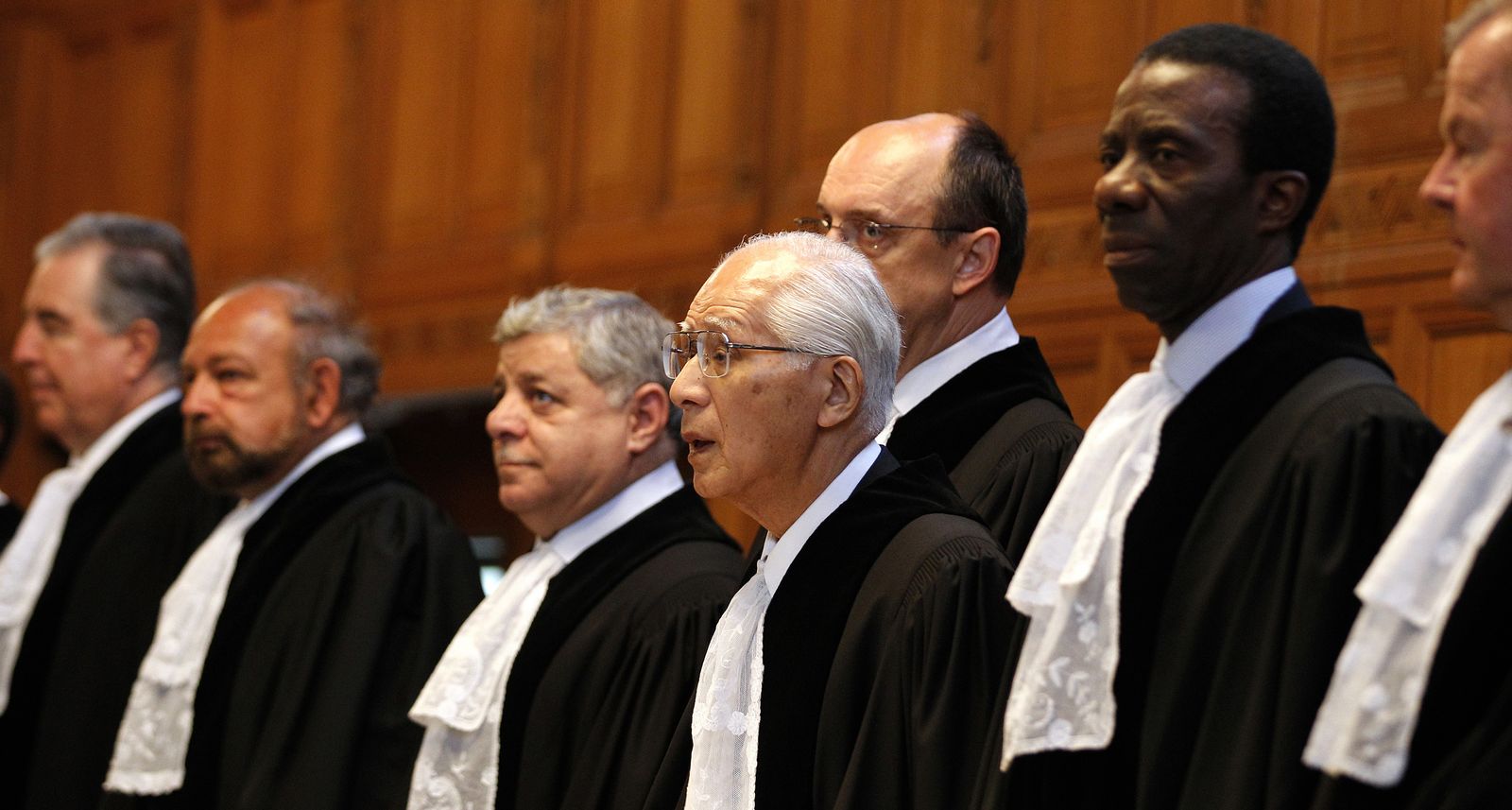 Judges at the International Court of Justice in The Hague, Netherlands, on Sept. 12.