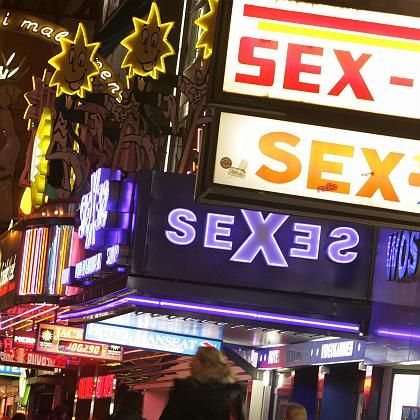 Germany's teenagers appear to be inspired by the country's famously liberal attitudes to sex.

The casual observer in Germany might be forgiven for thinking the Germans are oversexed. Pornographic cinemas and blush-inducing sex shops are a familiar part of the urban landscape, while exposed breasts are a common sight on advertising billboards and magazine covers.

With all that stimulating material around, it's not surprising that young Germans apparently have sex on the brain. A newly-released World Health Organization (WHO) report on sexual habits among teenagers in 26 European countries reveals that German teens are quick off the mark when it comes to losing their cherry; the average age at which Germans -- both boys and girls -- first have sex is 16.2.

Only teenagers in Iceland lose their virginity earlier, at an average age of 15.7. Of the countries surveyed, Slovakia had the tardiest teens, who were on average a mature 18 when they first got it on.

Of course, health professionals tend to play down the significance of comparisons when it comes to sexual activity. In remarks reminiscent of the famous quality-over-quantity take on male endowment, the WHO's Gunta Lazdane commented, "It's not the age that counts, it's when young people are ready for it."

And German girls are apparently ready earlier than their male peers. The report reveals that 33.5 percent of 15-year-old girls in Germany have had sex, while only 22.5 percent of boys of that age have divested themselves of their virginal status. The age of consent in Germany is 14.

German parents worried that little Wolfgang and Katja are embracing their sexuality (and each other) too soon may take some solace in the report's findings that at least German teens are careful. The study shows that 94.9 percent of 15-year-old German girls used contraception the last time they had sex, compared to a slightly more lackadaisical 87.7 percent of boys.

Interestingly, more girls used contraception than boys in Austria, France, the Netherlands, Portugal, Spain and the UK, as well as in Germany, while in Belgium, Estonia, Finland, Hungary, Latvia, Lithuania, Poland and Sweden it was the boys who were more careful -- suggesting something of a split between Western Europe on the one hand and Eastern Europe and Scandinavia on the other when it comes to who takes the precautions. The sensible Dutch were the most careful, with 97.0 and 92.4 percent of 15-year-old girls and boys, respectively, using contraception.

Presenting the report, WHO health experts called for improved sexual education for young people across the continent. Although German teens seem to already be pretty well-informed about the subject, the WHO report says German sex education is "inadequate" in many cases, adding that "in Germany, persistent Roman Catholic-inspired anti-choice opposition creates a difficult climate in which to implement sexuality education curricula."