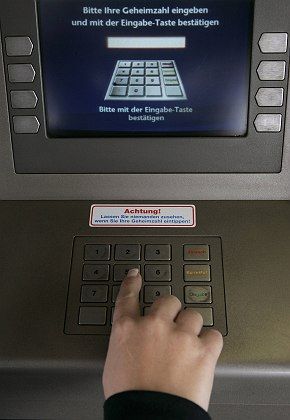 German banks and retailers are struggling to maintain their cash supplies after the nation's biggest money transport firm collapsed in a fraud scandal.The Heros group filed for insolvency on Monday after four senior executives were arrested on charges of siphoning off at least €300 million of the cash the group has been transporting to and from banks and retail stores in its armored vans in recent years.

Commerzbank, the country's second largest bank, said it had been using a Heros subsidiary and couldn't rule out that automatic cash dispensers might run out of money as a result of the insolvency.

"We're trying to keep our customers supplied with cash and are looking for alternatives to transport the money," said the bank's spokeswoman Beate Schlosser.

Hanover-based Heros employs some 2,700 people across Europe, owns 23 subsidiaries and has a 50 percent share of the German market for moving cash and valuables. It transports around €600 million a day. Its company motto is "We're all a big family," according to its Web site. The embezzled cash went into funding the group's expansion but was also used privately.

One of the arrested men, an executive at Heros subsidiary Nordcash named only as Manfred D., built two hotels in Bulgaria and frequently held sumptuous parties, once hosting a carnival ball at Gymnich castle near Cologne, according to Cologne's Stadt-Anzeiger newspaper. He told his girlfriend he had won the money in the lottery.

The Bundesbank, Germany's central bank, said it was doing all it could to keep the economy supplied with cash and instructed its regional branches to stay open late.

The public prosecutors' office in the western city of Mönchengladbach said it had arrested four Heros managers on fraud charges after a search of 25 businesses and private homes in Hamburg, Hanover and the western towns of Viersen and Frechen. The men -- two board members and two lower-ranking executives -- were not named.

"We don't yet know if there will be further arrests, we're still at the beginning of our investigation" said prosecutor Norbert Jansen. How the fraud went unnoticed for years remains a mystery.

Prosecutors said the men are believed to have embezzled money by using a so-called "snowball system" which involves parking the transported cash in a bank account and delaying its transfer to end-customers. Because money kept coming in, it was able to disguise shortfalls.