Leaders across Europe continued to struggle Thursday with backlash against the largely German-driven austerity measures imposed as a result of the ongoing euro zone debt crisis.

In the Netherlands, where the ruling government coalition collapsed last weekend over failure to reach a deal on the country's budget, Finance Minister Jan Kees de Jager told reporters that he had constructive talks with different political factions. "I cannot say there is the prospect of an agreement," De Jager told reporters on Thursday. "But I see reason to continue talks."

Government instability in the Netherlands has translated into shaky markets this week, and further signals indicated a growing level of popular resistance to austerity measures as a solution for the debt crisis. Large-scale protests over the financial crisis have been staged recently across Europe, including in the Czech Republic, where 100,000 people took to the streets in Prague over the weekend to oppose government reforms and cuts.

On Wednesday, European Central Bank (ECB) head Mario Draghi made headlines by calling for a "growth pact" to help Europe out of the financial crisis. French Presidential candidate Francois Hollande, who is leading in the polls in advance of his country's May 6 runoff election, jumped on the comments. Hollande has proposed renegotiating the euro zone's fiscal pact to add provisions for stimulating growth.

Draghi's comments "add a voice to others that confirm that the announcement I made, that the commitment I made, will turn the French election into an election that is also decisive for Europe," Hollande reportedly said on the campaign trail.

Merkel on the Defensive

But German Chancellor Angela Merkel, a staunch ally of Hollande's opponent, French President Nicolas Sarkozy, reiterated her strong stance in favor of the austerity measures this week, saying Tuesday: "I want to say clearly, it is not the case that we say saving solves every problem, but if you at home talk about how you want to shape your life tolerably, then one of the first conditions is that you somehow get by with what you earn."

Meanwhile, the German center-left newspaper Süddeutsche Zeitung reported Thursday that the ECB and Euro Group member countries are looking at ways that banks could directly apply to for aid from the European Stability Mechanism, the permanent bailout fund to be created this summer.

Germany's largest bank, Deutsche Bank, has recently also felt the affects of the European debt crisis. It announced Thursday that its first-quarter earnings fell by a third because customers had been more cautious with trading and investing. Still, bank CEO Josef Ackermann released a statement saying, "against a background of continuing caution in global financial markets we delivered solid results."

German editorialists explored several facets of the euro crisis on Thursday, including a recent call by European Commission President Jose Manuel Barroso to increase the EU budget by nearly 7 percent.

"The European Commission wants to increase spending by 7 percent in 2013. At a time when the Commission is telling EU countries that they have to 'save, save, save' in their own budgets, it is hard to explain."

"The Commission argues that they will be spending on more useful, or in other words, more growth-stimulating projects, than the countries do themselves. The results of the agricultural and infrastructure policies, to which three-quarters of the budget flows, don't back that up. That's why it's good when countries like Germany and Britain, who finance a large portion of the EU budget, block the increase."

"It is alarming how the opinions of the European partners over the way out of the debt crisis have diverged. Here at home there is the strong conviction that the debt misery cannot be cured by adding further debts. But in other countries there is the view, based on historical experience, that fiscal austerity during a recession leads straight down the path to doom."

"And (to reference Karl Marx) in this case, too, existence determines consciousness. The Germans are doing relatively well, so it is easier for them to stomp on the debt brakes. In the southern European countries, it is exactly the opposite. They find the pressure for austerity to be so unbearable, that in the meantime they have taken their foot off the brake and want to apply it to the gas (growth)."

"That doesn't only apply to Greece, Portugal, and Spain, which have been especially hard hit by the debt crisis. But France, if the Socialist candidate Francois Hollande wins the presidential election, will also increase the political pressure on Berlin. ... Everywhere fears are growing that Europe could economize itself to death."

"The joint fight of the euro zone countries against the debt crisis that has been raging for two years has been based on a simple principle: solidarity in exchange for soundness. A government will only get money from one of their partners when it agrees to remove the causes for the problems at home. Otherwise, the euro backstop funds EFSF and ESM would be a case for the courts, because billions would be flowing without end from the taps of the donor countries."

"Unfortunately, not everyone sees it that way in Europe. On the contrary, since the EFSF has been in existence, there have been repeated attempts at easing the rules for the allocation of credits. Along those lines is the most recent idea floated by some European heads of government and central banks. They would like the rescue fund to make direct loan payments to weakened commercial banks. Until now, governments that wanted such help from the EFSF program had to apply for it."

"The price that the financial backers, above all Germany, would have to pay would be disproportionately high. Because they would no longer be able to demand economic reforms on the part of the countries receiving the money, they would lose influence over how and why the credits are being used. And worse yet, if a bank failed despite the help, the German taypayers' money would simply be gone."

"Those looking for a European head of government to seriously defend his or her work in the past months, would be searching in vain when looking at the countries that have been, until now, Germany's allies. The government in the Netherlands has fallen apart. It was under a Dutch EU presidency 15 years ago that the level of allowed debt, three percent of domestic output, was written into EU law. Now it is being disparaged in as a random dictate of austerity from Brussels."

"In France, both presidential candidates are taking pains to distance themselves as much as possible from solid budgetary policies. Germany, France and the Netherlands, these were the countries from which the stimuli came to solve the debt crisis that almost ripped Europe apart a few months ago. Only Germany still stands solidly behind the painstakingly won and documented principles in the fiscal pact."

"Contracts are meant to be kept? Only if the mood is right and the contracts don't hurt anyone. That's how European governments are making policy. Reliability doesn't count much anymore, but it is exactly this that the rest of the world is waiting for from Europe. It's high time for the back and forth to end. The cacophonous crisis management only makes the problems worse. If the battle over the direction starts anew, then the past year will have been lost." 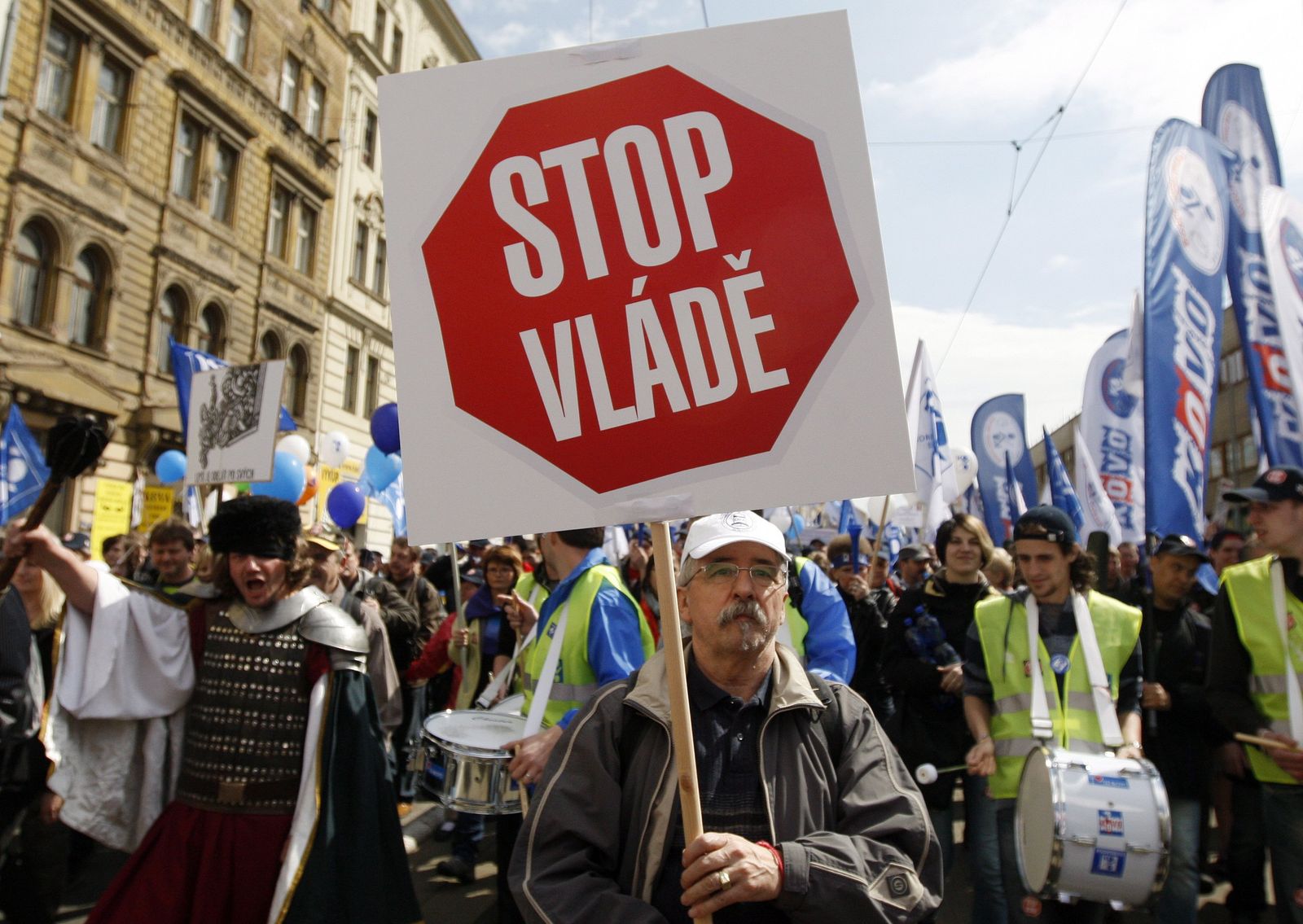