The initial euphoria of German reunification in 1990 gave way to a protracted hangover, as people realized the extent of the economic gap between the two halves of their new country. Now, as Germany prepares to mark the 20-year anniversary of reunification, a study published in Sunday's edition of the magazine Super Illu shows that eastern states have narrowed the gap with their western counterparts.

The survey, carried out by the Munich-based Ifo economic research institute, found that the standard of living in the former communist East had improved dramatically between 1991 and 2009. The gross domestic product of the eastern German states doubled while in western Germany GDP increased by just 12 percent, it said.

Wages in eastern Germany have also edged up towards western levels. Back in 1991, the average eastern German worker earned just 57 percent of the equivalent western salary -- today that figure stands at 83 percent.

Super Illu, which is a weekly magazine widely read in the former east, concluded that the new survey paints a brighter picture of eastern fortunes than is often assumed. In the light of improvements to wages, pensions, economic performance, education and health care, the German government is now "really close to reaching" its goals for eastern Germany, it said.

The study was commissioned by Initiative New Social Market Economy (INSM), an umbrella lobbying group which is supported by free-market-inclined politicians of all stripes. The organization has a stated goal of convincing Germans of the need for "reforms within the market economy." The INSM has published a number of studies indicating a dynamic economic upswing in eastern Germany.

Their findings chimed with recent signals from the German labor market. Figures published two weeks ago showed how unemployment in the six states of former East Germany sunk below the 1 million level for the first time since 1991, when state-run industries were shut down, or taken over by western Germany, sparking mass layoffs. Commenting on the figures, Heinrich Alt, a senior official at Germany's Federal Labor Agency, told Bloomberg that "the East is profiting in an above average way from the economic upswing, and I expect this development to continue."

Despite Germany's robust economic recovery, national statistics show that eastern Germans continue to suffer disproportionately from unemployment. Some 11.5 percent of easterners were unemployed in August, compared to a rate of 6.6 percent in western states. This discrepancy continues despite the billions of euros which have been transferred from the west to the east following reunification, much of it via a so-called "solidarity" tax aiming to boost the economy of the former East Germany.

The study also showed how everyday lives had improved in the former East. In the period immediately after the fall of the Wall, there were 246 doctors for every 100,000 East German citizens. That figure has since risen to 348 doctors, which more or less mirrors the level in western states.

By some measures, easterners' lifestyles have even overtaken their western neighbors. In 2007, 57 percent of people in eastern states owned a car, compared to 51 percent of those in the west.

Brandenburg's governor, Matthias Platzeck, said the results reflected eastern Germans' hard work to get their economy in gear. Ahead of the anniversary of German reunification on Oct. 3, he said the study was a much-needed reminder of East Germany's precarious economy. Young people today have no idea how "fragile" the East German economy had been prior to the fall of the Wall, he said. 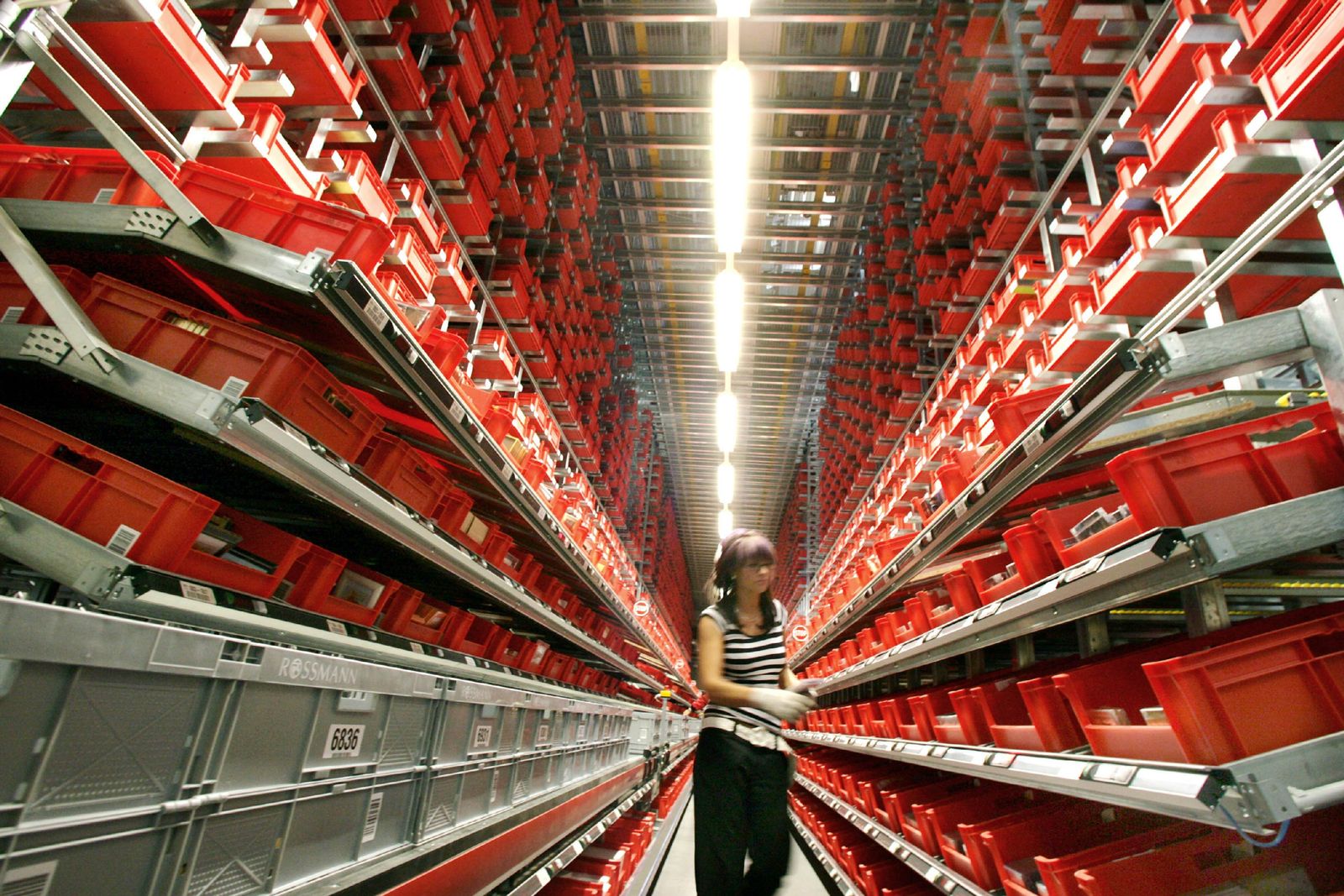 A warehouse worker in the city of Halle in the former East Germany: The gap between east and west is narrowing, a new survey shows.